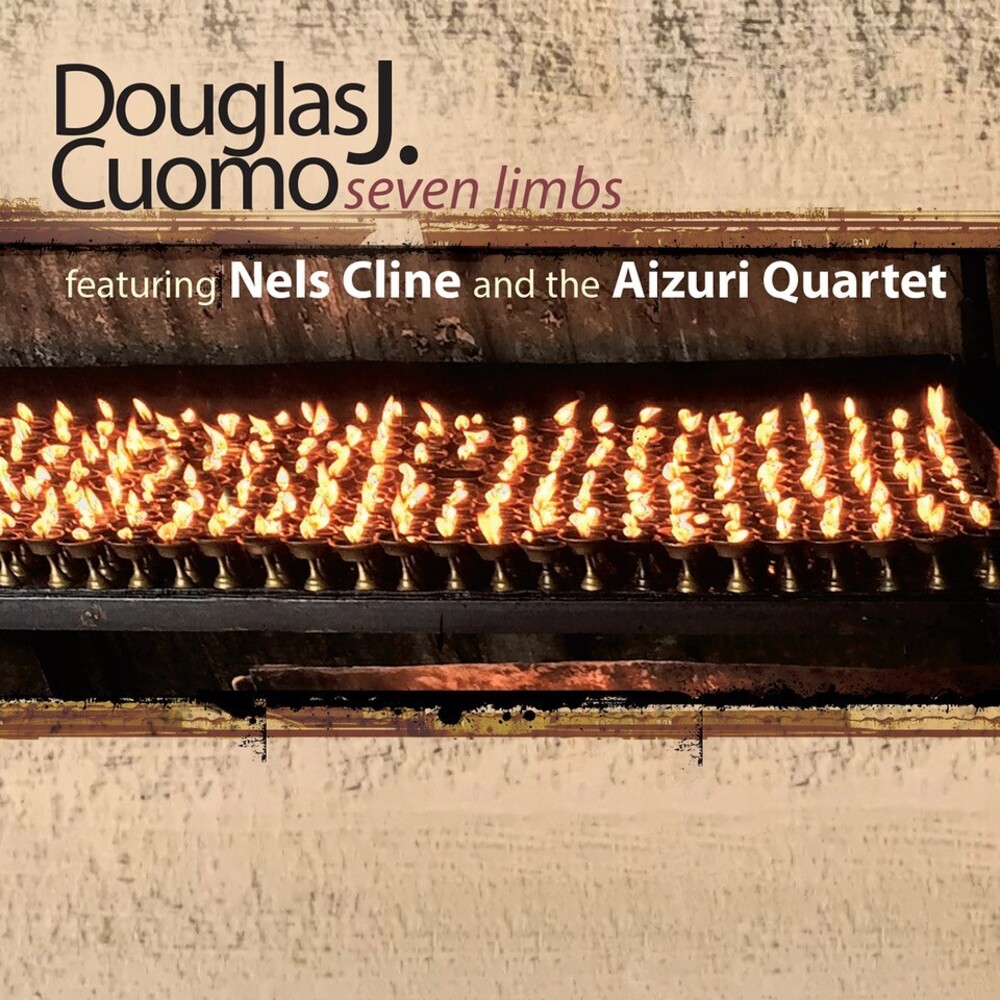 Composer Douglas J. Cuomo's new piece, Seven Limbs, is unique and unusual. The suite features the simultaneous performance of inspired improvisations by guitar genius Nels Cline and meticulously-notated music performed by the Grammy-nominated Aizuri Quartet. Inspired by an ancient Buddhist prayer, also called Seven Limbs, it is music of great power that is put in service to a spiritual ideal, in the tradition of John Coltrane's A Love Supreme and the music of Arvo Pärt. // The music on Seven Limbs was written specifically for Cline and the Aizuri Quartet, a string quartet composed of violinists Emma Frucht and Miho Aegusa, violist Ayane Kozaasa, and cellist Karen Ouzounian. Cuomo says: "I intended to allow Nels the opportunity to play in all the different ways that he does - explosively and delicately, with lots of electronic effects or totally acoustic. His range drew me to him for this project but equally important, even in his sonic mayhem mode, he is always wonderfully sensitive and reactive to what's going around him musically. And the first time I heard the Aizuri Quartet, I was knocked out by their sound, precision, and rhythmic suppleness. They have such a beautiful musical and personal energy, and it just beams out at you from the stage. I knew I could write the kind of demanding music I was imagining and they would just eat it up." // Despite being written and recorded during the COVID pandemic, Seven l\Limbs was a true collaboration. Cline and Cuomo met with instruments in hand to talk guitar sounds just before lockdown. Cuomo Skyped and exchanged written music and rough iPhone recordings with the Aizuri. Then in February of 2021, everyone assembled for rehearsal, three livestreams, and the recording of the piece. Though masked and socially distanced, the joy everyone felt to be in a room making music together after so many months of isolation was palpable and it shows in the recording.