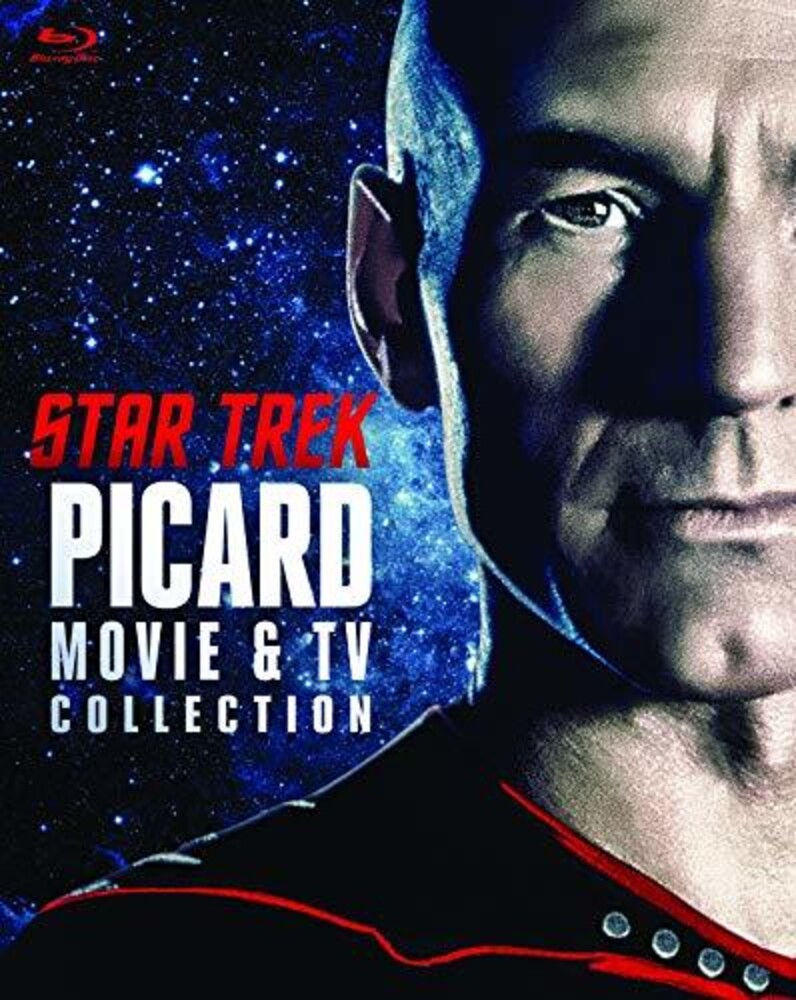 Six-disc set includes: Star Trek The Next Generation: The Best Of Both Worlds (1990) The long-feared invasion of Federation space by the Borg has begun, but during the first battle Picard is kidnapped and transformed into the cyborg race's spokesman, Locutus. Riker takes the captain's chair as the war between the Federation and the Borg rages on, but will the price of victory be the captive Picard's life? The cliffhanger bridging the third and fourth seasons is presented here in a re-edited, feature-length version. Star Trek The Next Generation: Chain Of Command (1992) In this re-edited, feature-length version of a two-part episode from the sixth season, Capt. Picard, Dr. Crusher, and Lt. Worf are sent on a covert mission to destroy a Cardassian biological weapons base. With the Enterprise under the command of a tough new captain (Ronny Cox), a captured Picard must endure horrific torture at the hands of a ruthless Cardassian (David Warner). Star Trek: Generations The lives of two captains come together-and one meets his final fate-in the seventh "Trek" film, as a mysterious space nexus that twists time and reality unites William Shatner and Patrick Stewart in a battle against renegade scientist Malcolm McDowell. At least one starship Enterprise also bites the dust in this explosive drama which also stars Jonathan Frakes, Brent Spiner, Whoopi Goldberg, James Doohan, and Walter Koenig. Star Trek: First Contact (1996) The crew of the Enterprise-E face their most implacable enemy, the half-human, half-robot Borg, in the hit eighth entry in the "Star Trek" series. When the Borg travel back to the mid-21st century in an effort to stop mankind's first contact with alien life, Captain Jean-Luc Picard and company must follow them across time to stop their evil plan. Patrick Stewart, Jonathan Frakes (who also directed), Brent Spiner, James Cromwell, Alfre Woodard, and Alice Krige star. Star Trek: Insurrection (1998) Will the Federation-backed forced removal of the residents of a coveted "Fountain of Youth" planet force Picard and the crew of the Enterprise to put their careers-and lives-on the line, as they side with the planet's beleaguered inhabitants against invading forces? Patrick Stewart, Jonathan Frakes, Marina Sirtis, Brent Spiner, and the rest of the "Next Generation" cast star. Star Trek: Nemesis (2002) The 10th big screen "Trek" adventure finds the crew of the Enterprise E clashing with the new leader of the Romulan Empire, a younger clone of Picard who needs the intrepid captain's genetic material to keep him alive. Patrick Stewart, Jonathan Frakes, Brent Spiner (who also co-wrote the story), Tom Hardy, and Ron Perlman star in this action-packed outing that also features the wedding of two crew members and the death of another.
120 East Washington Street, Goshen, IN 46528 574-971-8282 Store Hours Monday-Thursday 10:00-8:00, Friday-Saturday 10:00-9:00.