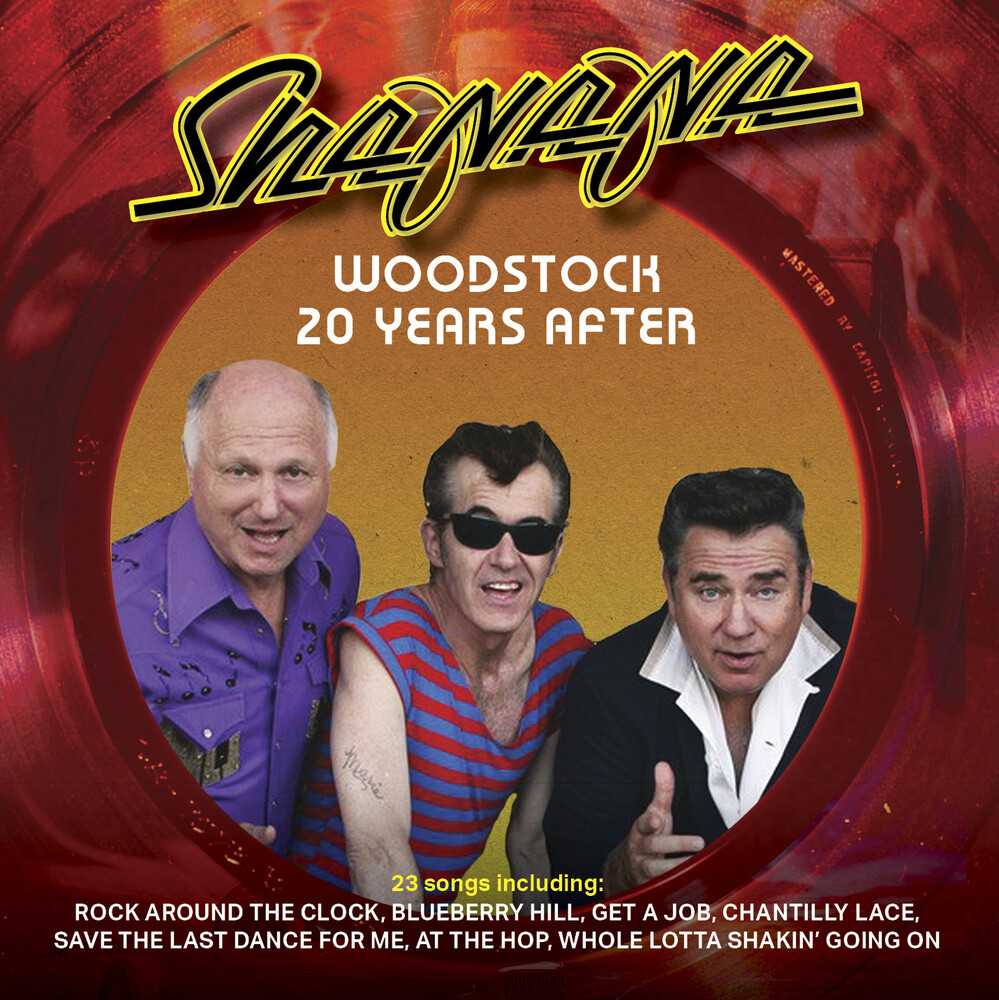 F the original 1969 Woodstock Festival was a defining moment in rock history, it was also a defining moment in the history of Sha Na Na. The group's appearance - only the eighth in Sha Na Na's career, followed by the Woodstock album and movie, cemented their reputation and style. "We did 40 minutes and were paid $350... and the check bounced!" Sha Na Na was the only group at Woodstock without a record deal. Immediately afterwards, they had one and today the group has released eighteen albums in total, with worldwide sales of more than 20 million. Twenty years after that Woodstock performance, Sha Na Na once appeared on a stage at "Woodstock" Twenty Years After" along with other veterans of the original Woodstock festival including Melanie, Canned Heat, Country Joe MacDonald, Blood, Sweat and Tears. The energy that got them a standing ovation for their rendition of "At the Hop" (and they were the second to last act before Jimi Hendrix took the stage) This event took place 3,000 miles away at Cal State Dominguez Hills and also included performances by other luminaries from the Woodstock era including Mark Farner (Grand Funk Railroad), It's A Beautiful Day, Chambers Bros., Iron Butterfly and other rock luminaries.