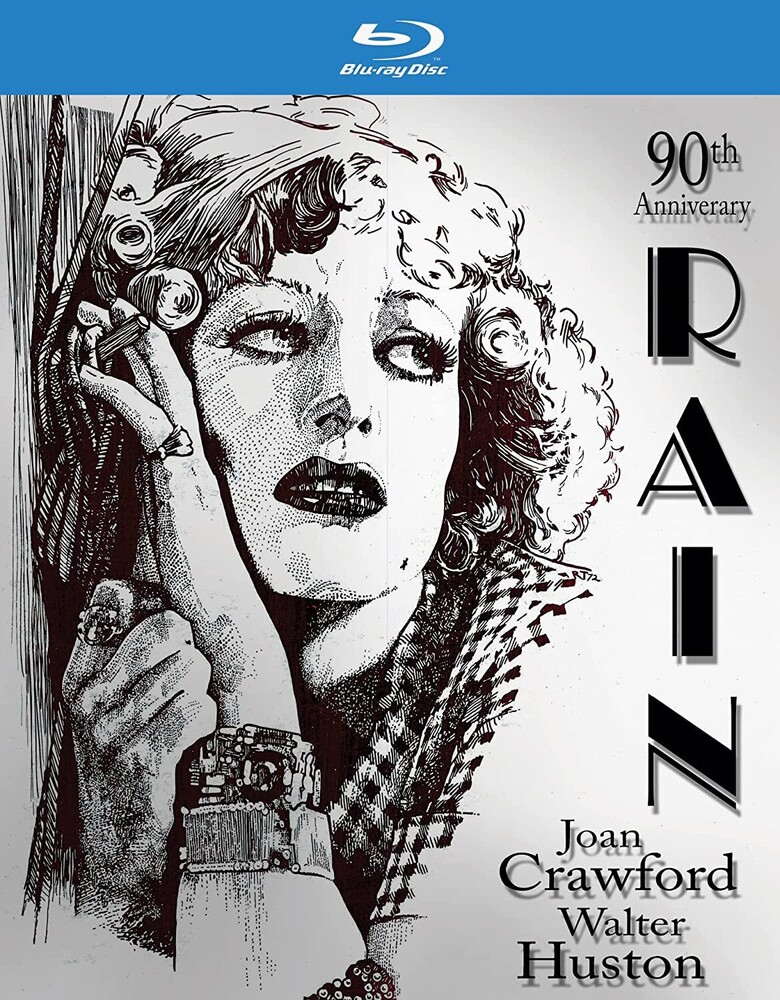 VCI is pleased to present RAIN, celebrating it's 90 Anniversary in a stunning new 4K restoration, produced from the original, uncut 94-minute version. It is a most important film in the history of the cinema, and one of the greatest films the 'Thirties' produced. The consummate dramatic and artistic achievement of both Miss Crawford and Walter Huston will give the picture life for many decades to come. W. Somerset Maugham's powerful story of Sadie Thompson has perhaps the most celebrated version, vividly capturing the lives of several very different human beings, thrown together on Pago Pago during a fierce monsoon. Brilliant performances are given by Crawford, as the cynical prostitute, and Huston, as the minister who tries to reform her. A 'tour de force' of camera work, style and direction of a film that caused controversy when first released, 'Rain' is one of the true classic dramas of film history.