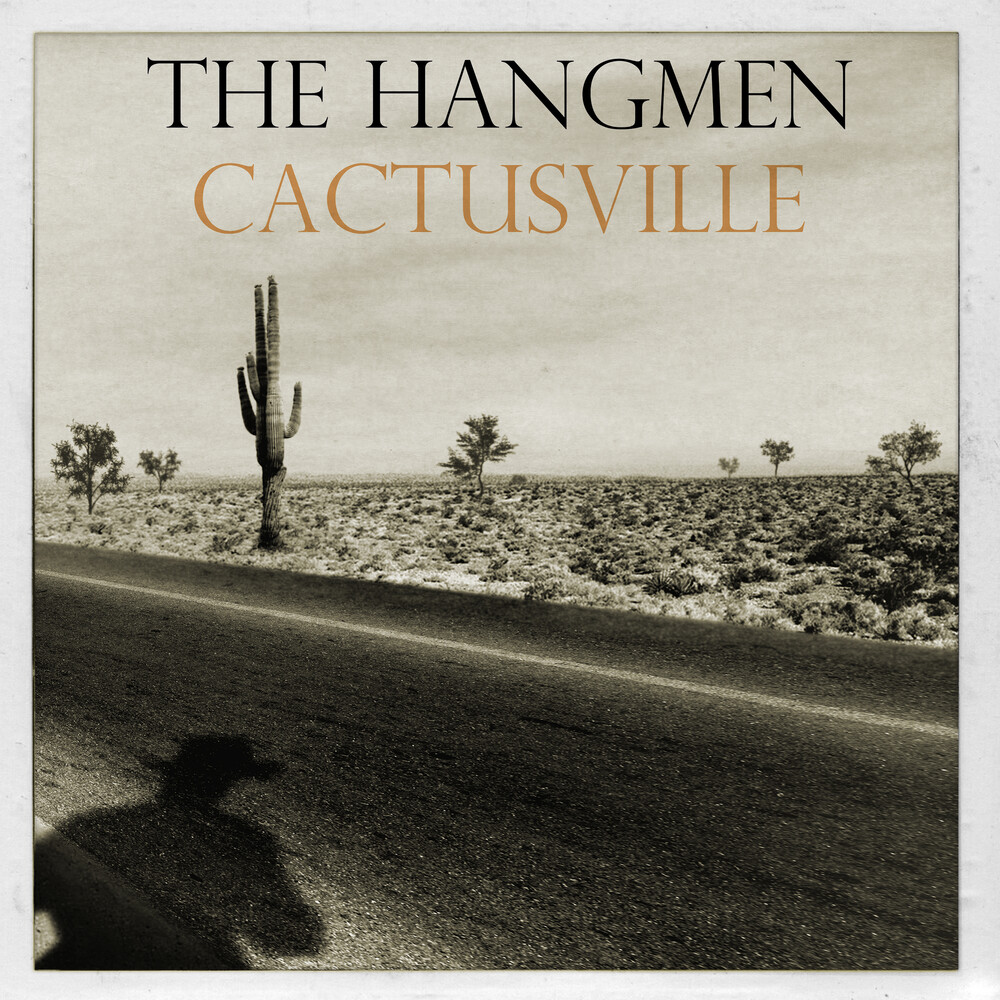 Legendary Los Angeles underground rock outfit The Hangmen set to release their 7th album, Cactusville on CD, Digital and Colored Vinyl. Together for 30 years, The Hangmen's combination of punk rock ferocity and country/roots music puts them in an artistic class with the likes of other Los Angeles greats X, Gun Club and Social Distortion. Born in Montana, Small moved to L.A. and formed The Hangmen in 1986, where they immediately caught the eye of Black Flag/Circle Jerks singer Keith Morris. Morris managed the band, and along with Bad Religion Brett Gurewitz, produced the demos that landed them a deal with Capitol Records. They released their self-titled debut in 1987, but things soon came crashing down. A switch to DGC Records (the newly formed subsidiary of Geffen who's roster included The Nymphs, Nirvana, etc) seemed like the perfect landing spot for the band. Unfortunately, the album Suicide Doors was shelved and the band dissolved into addiction. Not one to be down for long, a newly sober Small started writing again, the result was 2000's Metallic I.O.U. Tours with longtime fans Social Distortion and the Supersuckers followed. Ness would later produce The Hangmen's 2007 release In the City. "I totally feel like we're kindred spirits," Small says looking back, adding that both bands emphasize "simplicity, and doing what you do and staying true to that." In 2010, the Finnish label Hype Records, Lost Rocks, an 18-song Hangmen retrospective. Shortly thereafter, former Supersucker, Rontrose Heathmen joined the band for 2012's critically acclaimed East Of Western. 2019 marks the release of Cactusville and another chapter of The Hangmen legend continues. Small has taken his brand of songwriting to another level, putting him in an artistic class with the likes of Tom Petty and Neil Young as purveyors of honest and simple songwriting. East Coast tour dates with the Supersuckers begin in September 2019.
120 East Washington Street, Goshen, IN 46528 574-971-8282 Store Hours Monday-Thursday 10:30-5:00, Friday-Saturday 10:00-8:00.