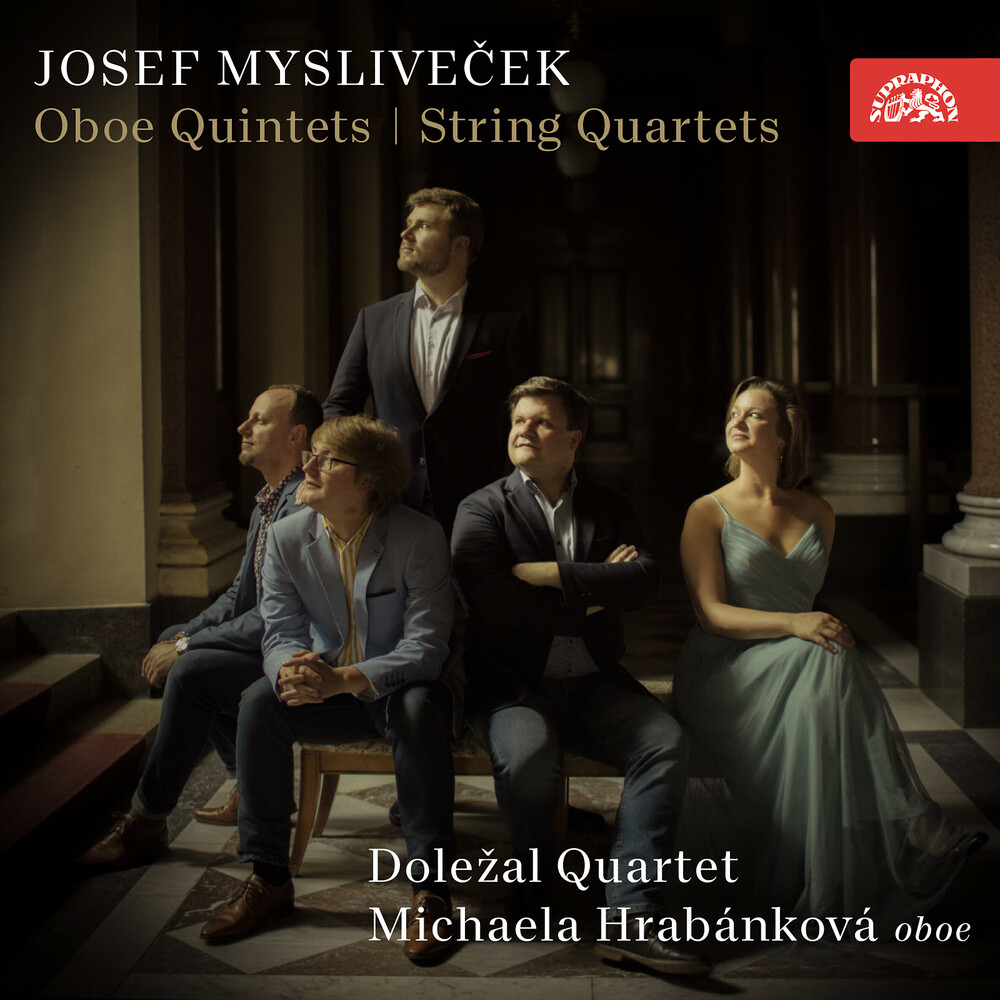 Josef Myslivecek has most frequently been mentioned in connection with W. A. Mozart (who, for a certain time, viewed him as a model and inspiration) and is best known for his operas. At the age of 26, he left Prague for Italy, where four years later, in Naples, he celebrated his first triumph, with the opera Il Bellerofonte (1767). A prolific and gifted composer, Myslivecek also wrote instrumental music, including symphonies and chamber pieces. His first cycle of string quartets was published in Paris in 1768, the final one in Amsterdam, shortly after his death. These works were often performed in extended formations as symphonies. Myslivecek's quartets are characterized by wonderfully refined slow middle movements. Even more unique are his oboe quintets. For a long time, they were only known owing to Leopold Mozart's reference to them in a letter to his son Wolfgang, dated October 1777 - Myslivecek wanted Leopold Mozart to offer his quintets and other pieces to the Archbishop of Salzburg. Only due to the initiative of the performers featured on this album, primarily the oboist Michaela Hrabánková and Václav Dvorák, the first violinist of the Dolezal Quartet, have the missing oboe parts for three of the six quintets been retrieved in private collections across Europe. The CD thus contains world premiere recordings of rediscovered Myslivecek works, whose significance is further enhanced by a stylistically sensitive interpretation. Our picture of "Il divino Boemo", whom the renowned music historian Charles Burney ranked alongside such masters as Hasse, Gluck and Haydn, is now more complete - and more beautiful. Previously unheard Myslivecek: newly rediscovered oboe quintets
120 East Washington Street, Goshen, IN 46528 574-971-8282 Store Hours Monday-Thursday 10:30-5:00, Friday-Saturday 10:00-8:00.