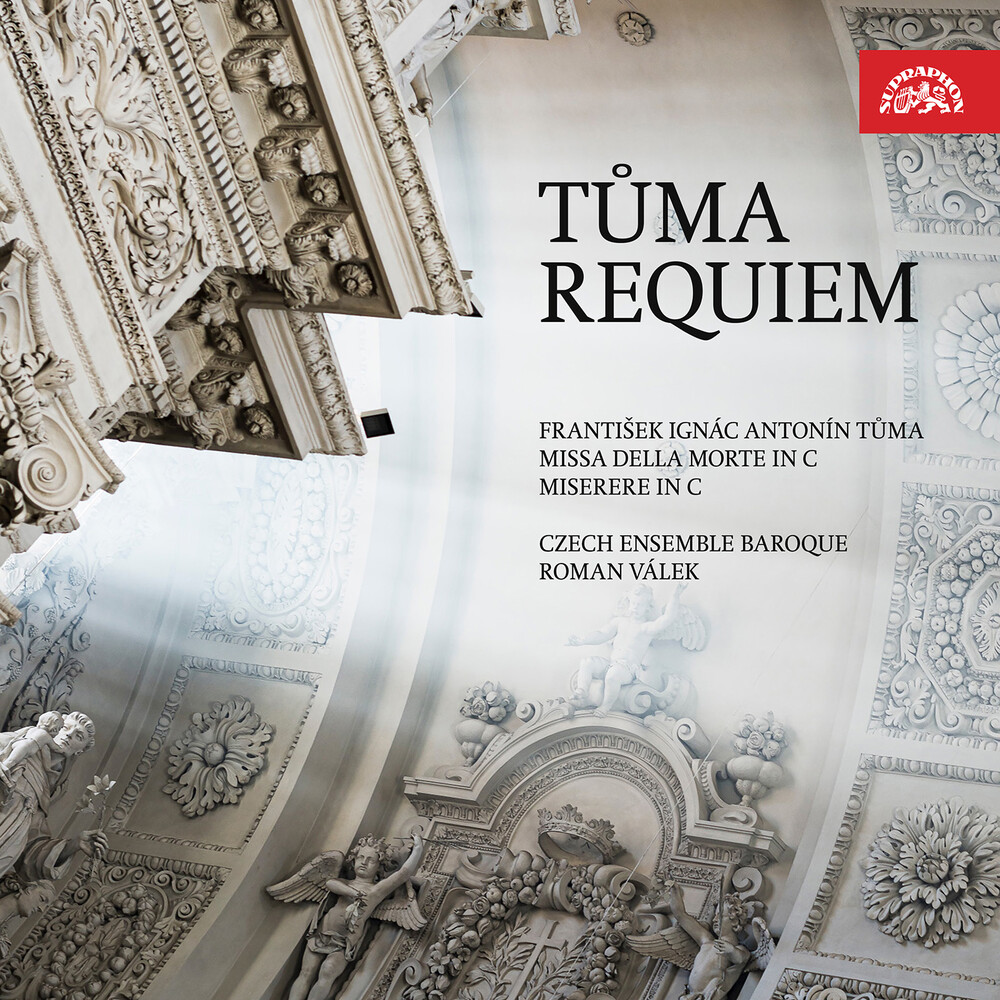 Frantisek Ignác Antonín Tuma was one of the Czech composers to have considerably influenced 18th-century European music. Along with J. D. Zelenka and G T. Muffat, he has been named among the finest pupils of Johann Joseph Fux, and, just like Zelenka, he rubbed shoulders with the political and social elite of his time. He was highly esteemed in Vienna, with his sacred music even serving as a model for younger composers, including Joseph Haydn and W. A. Mozart. A dexterous theorbist and gambist, at the age of 19 Tuma most likely participated in the celebrations marking the coronation in Prague of Emperor Charles VI in 1723. Nineteen years later, in 1742, Tuma's Requiem in c accompanied the soul mass for the self-same monarch on the occasion of the transfer of his remains to the sarcophagus in the Capuchin Crypt in Vienna. At the time, Tuma worked as Kapellmeister of the music ensemble set up by Charles's widow, Empress Elisabeth Christine. The Requiem in D minor, whose instrumentation was commensurate to the significance of the event (the orchestra was enhanced by a cornett, two trombones, a bassoon and two natural trumpets), was again heard at the funeral of Elisabeth Christine herself, in 1750. Tuma enjoyed great respect on the part of Empress Maria Theresa, who probably personally commissioned from him the Miserere in c. It comes as no surprise that following four acclaimed recordings of F. X. Richter's works Czech Ensemble Baroque have focused on Tuma. His music definitely deserves our attention. A requiem for an Emperor - a breath of new life to an Imperial Kapellmeister.