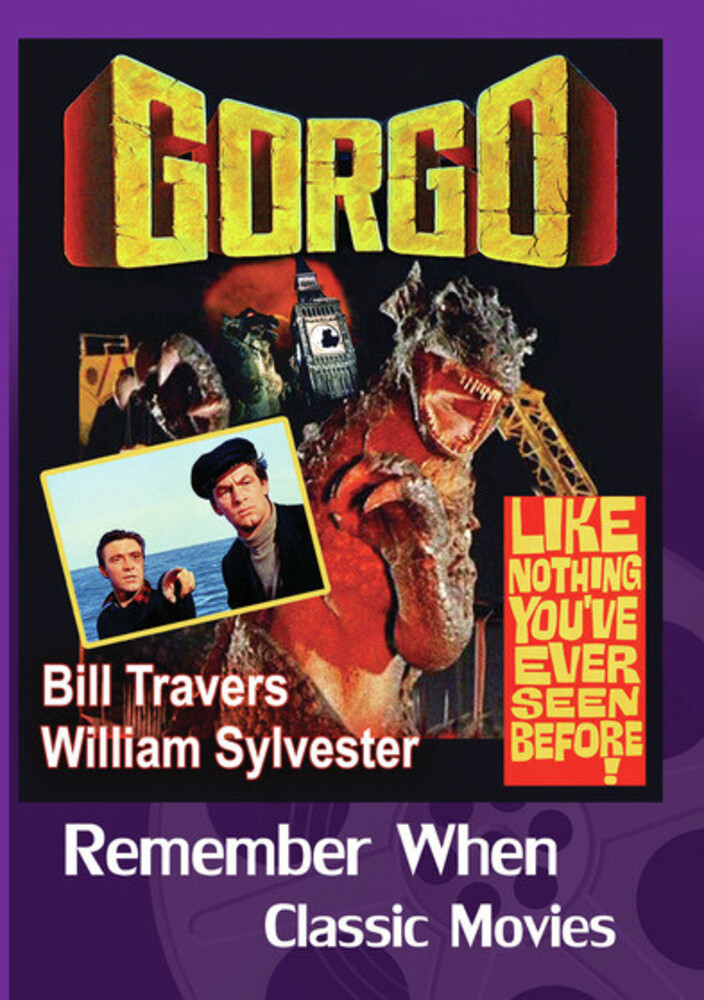 Gorgo is a 1961 science fiction monster film. The film was an international co-production of the United Kingdom, the United States and Ireland. Captain Joe Ryan (Bill Travers) is salvaging for treasure off the coast of Ireland when a volcano erupts, nearly sinking his ship. Ryan and his first officer, Sam Slade (William Sylvester) take the ship to Nara Island for repairs. As they enter the harbour, they discover the carcasses of ancient marine animals, the first hint that something dangerous was awoken by the volcanic eruption. After dark, a monstrous creature surfaces to attack a group of fishermen, then comes ashore to wreak havoc on the island. The dinosaur-like creature is 65 feet tall and ghastly, but the island's people manage to drive it off. Ryan and his crew manage to capture the monster and haul it aboard ship, tying it to the deck. Some university students arrive hoping to collect the monster to study it, but Ryan has been offered a better deal from the owner of a circus in London. The circus owner names the monster 'Gorgo' after the snake-haired woman, the Gorgon Medusa. The monster is on exhibit at Battersea Park. Scientists examine Gorgo and conclude that he is not yet an adult and that his mother is probably at least 200 feet tall. Now, an even larger creature attacks Nara Island, knocking over buildings and sinking the Royal Navy ship. This new, bigger monster is impervious to attacks from other warships and the excitement builds in this sci-fi monster movie. The ending of the movie is pure havoc and pandemonium as these monsters cannot be stopped. This is science fiction monster movie glory at it's best! And a movie with visual effects which will last forever in cinema history!