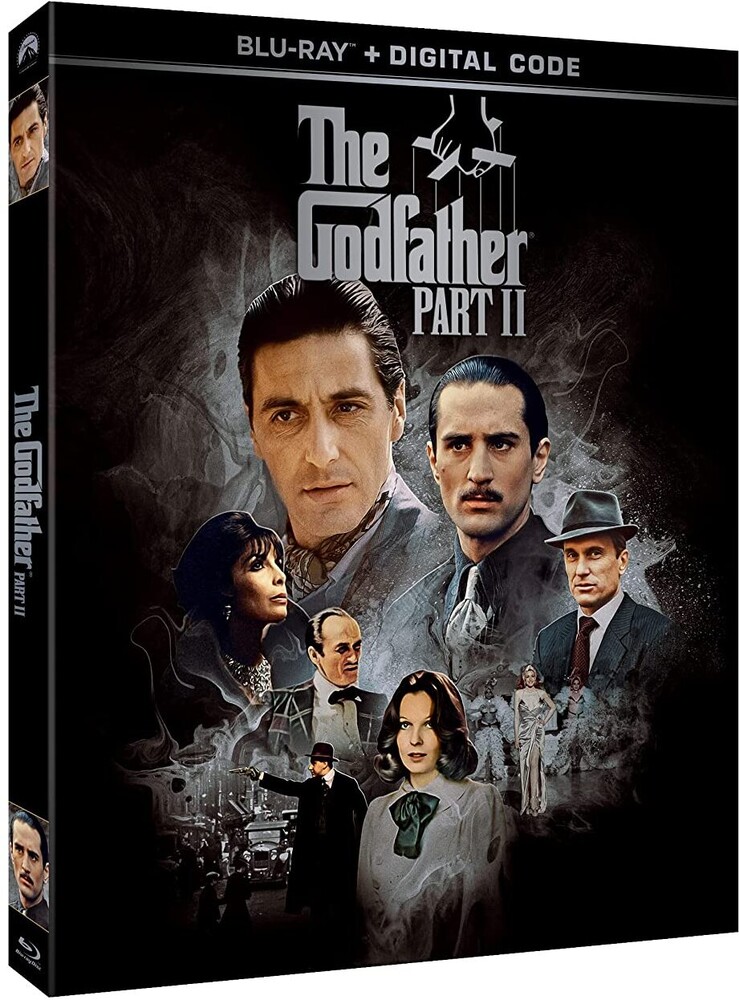 Director Francis Ford Coppola and novelist Mario Puzo's story of the Corleone clan continues, as new boss Michael (Al Pacino) launches a violent campaign to extend his family's power, while flashbacks of a young Vito (Robert de Niro) depict his arrival at Ellis Island to his rise to Mafia prominence and his return to Sicily on a mission of vengeance. The superb sequel film that earned six Oscars, including Best Picture, Director, and Supporting Actor co-stars Robert Duvall, John Cazale, Diane Keaton, Talia Shire, Lee Strasberg. 3 1/3 hrs. Widescreen; Soundtrack: English. Widely considered the greatest sequel ever made, this visionary Oscarr winner for Best Picture is both a continuation of the saga and companion piece expanding the legacy of the Corleone family. Director Francis Ford Coppola brings to PART II a two-part tale-the roots and rise of a young Don Vito, played with uncanny ability by Robert de Niro, and the ascension of Michael (Al Pacino) as the new Don.