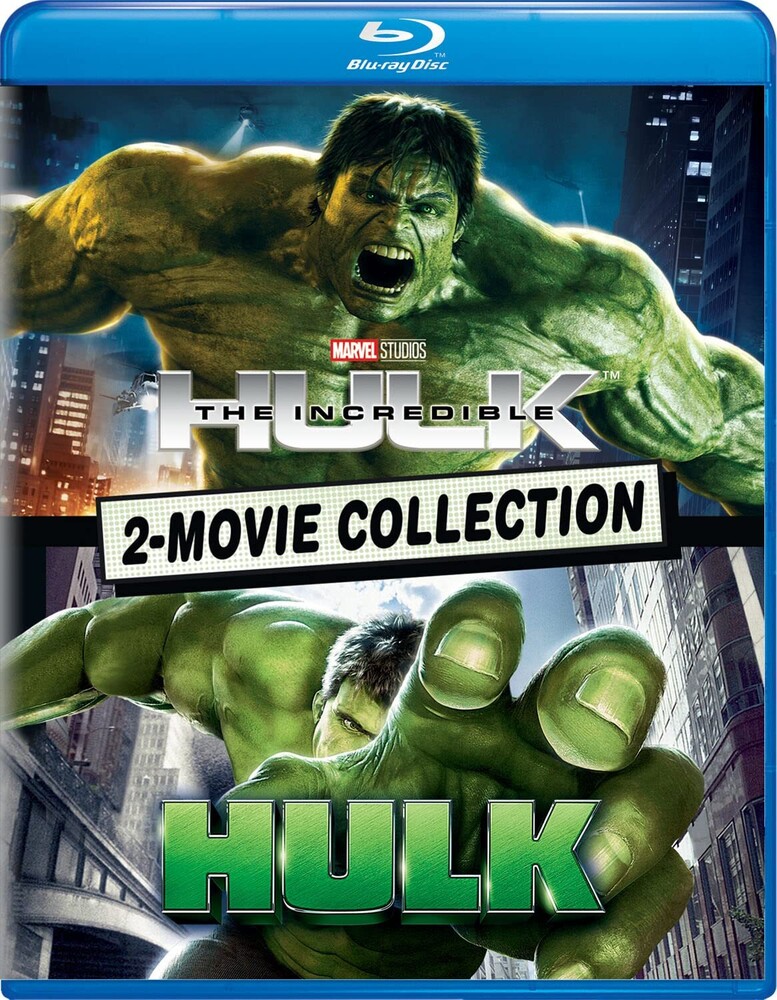 Two-disc set includes: The Incredible Hulk (2008)Not directly linked to the 2003 film, this take on Marvel Comics' Jade Giant finds Dr. Bruce Banner (Edward Norton) on the run while searching for an antidote that will keep his dangerous alter-ego at bay. But as the authorities close in, Banner will have to unleash the power of the Hulk in order to stop a super soldier (Tim Roth) who's been transformed into the monstrous Abomination. LIV Tyler, William Hurt, Tim Blake Nelson also star. 113 min. C/Rtg: PG-13 Hulk (2003)It's not easy being green, learns Doc Bruce Banner (Eric Bana) in this soaring adaptation of the Marvel comic from director Ang Lee. Carrying an altered DNA structure thanks to experiments his deranged scientist dad (Nick Nolte) performed years earlier, a lab mishap Banner into an emerald-skinned monstrosity whose immense strength is fueled by his inner anger. With both the military and his father after him, Banner seeks help from his colleague/ex-girlfriend (Jennifer Connelly) as he tries to find a cure. With Sam Elliott. 138 min. C/Rtg: PG-13 Widescreen; Soundtracks: English DTS HD 5.1 Master Audio, French, Spanish; Subtitles: English (SDH), French, Spanish; alternate opening; deleted scenes; "making of" documentaries; featurettes; audio commentary.