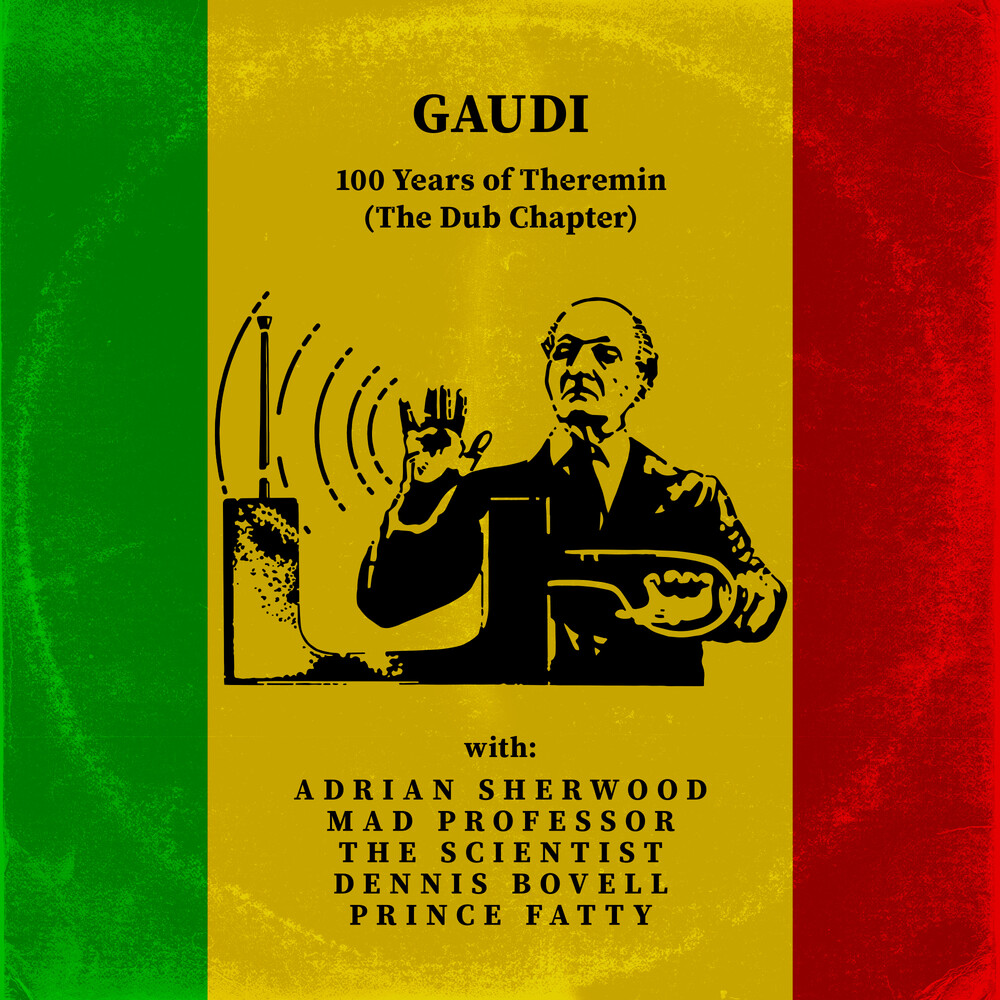 With Adrian Sherwood, Mad Professor, The Scientist, Dennis Bovell and Prince FattyAs a solo artist, Gaudi has recorded over 20 albums, while as a producer he has hundreds of productions under his belt. In his 30 year career he has worked with legends of the reggae and electronic music worlds including Steel Pulse, Lee 'Scratch' Perry, Michael Rose, Horace Andy, Michael Franti, Zion Train, Maxi Priest, The Beat, Sizzla, Dub Pistols, Hollie Cook, Dub FX, Youth, The Orb, Simple Minds, Nusrat Fateh Ali Khan, Deep Forest, Trentemoller and Lamb.As a Theremin player for over 25 years, Gaudi has often combined his passion for the instrument and for reggae music, playing it on several of his albums, but until now he has never dedicated an entire release to it. Known and lauded for putting his 'dub-take' on many musical genres, '100 Years of Theremin (The Dub Chapter)' is Gaudi's brainchild.Listening to this blissful out-of-body-experience of an album, where roots reggae meets the enigmatic and ethereal sounds of sci-fi, is a deep and pensive experience. Haunting and mellifluous melodies meets earthy, bassy grooves in an unlikely yet undeniably successful union.Despite the individual styles of the producers involved, the album has a unified quality, the cinematic feel of a soundtrack with the narrative being the distinctive voice of the Theremin.
120 East Washington Street, Goshen, IN 46528 574-971-8282 Store Hours Monday-Thursday 10:30-5:00, Friday-Saturday 10:00-8:00.