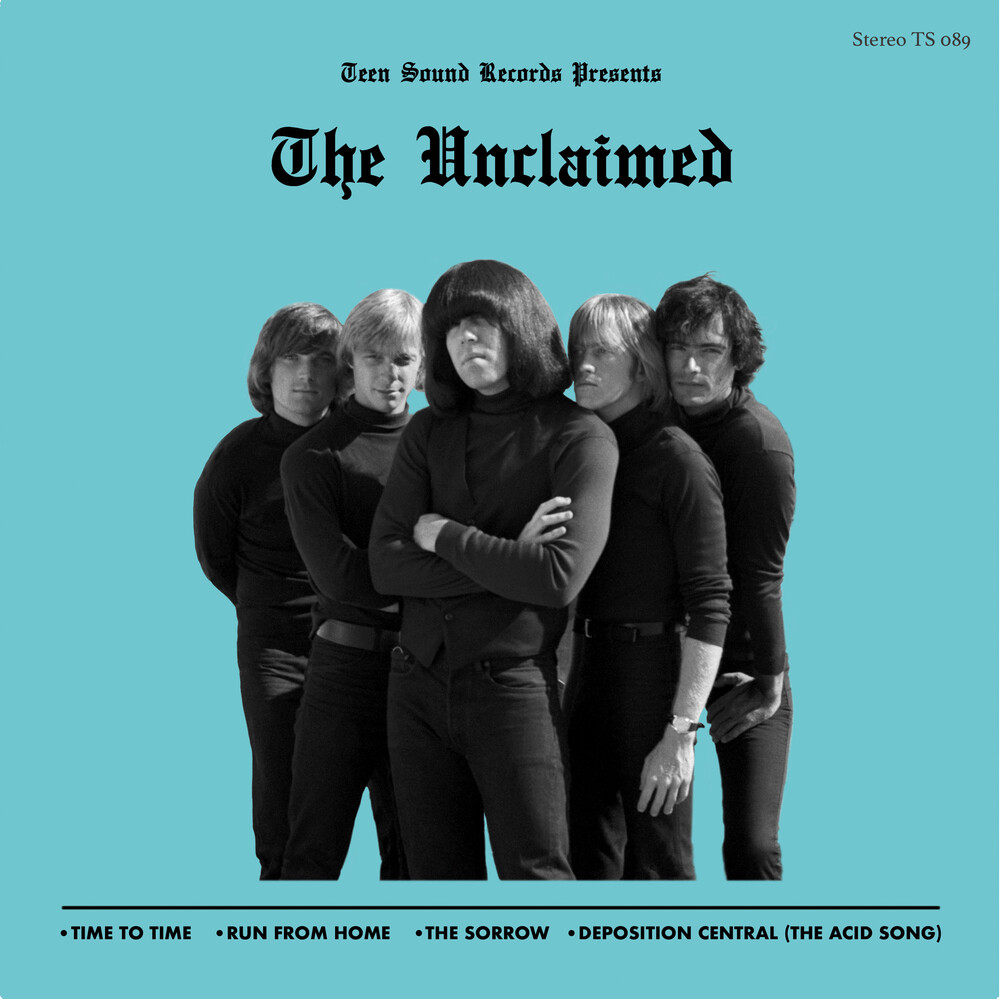 Reissue of the classic Garage Revival EP originally released in 1980 on Moxie records. The unclaimed EP was a crude but spirited ode to the sound of '66, to quote the late Timothy Gassen in his monumental Garage Rock compendium 'The Knights Of Fuzz''The Unclaimed combined tinny and repetitive with melody and pop grit exactly like the best mid-60s garage bands had before them. That Shelley, Sid, Thom, Barry and Matt looked like a teenbeat band, all Brian Jones hair and black roll necks, sealed the deal. Bar The Chesterfield Kings, thousands of miles away in Rochester, and The Crawdaddys, a couple of hours down the coast in San Diego, few others were reclaiming the sounds and style of 1966 for their time, and doing this stuff with such affection and attention to detail. The Moxie EP, released in September 1980, is testament to that'. - Jon 'Mojo' Mills, Shindig! Magazine'The Unclaimed were one of the first and best of the so-called 'garage revival' bands, but although they adhered to a purist 1966 ethic, Shelley's songs were always fresh, original and utterly distinctive. I saw them dozens of times between 1981 and '87 and they always blew me away.' - Mike Stax, Ugly Things Magazine