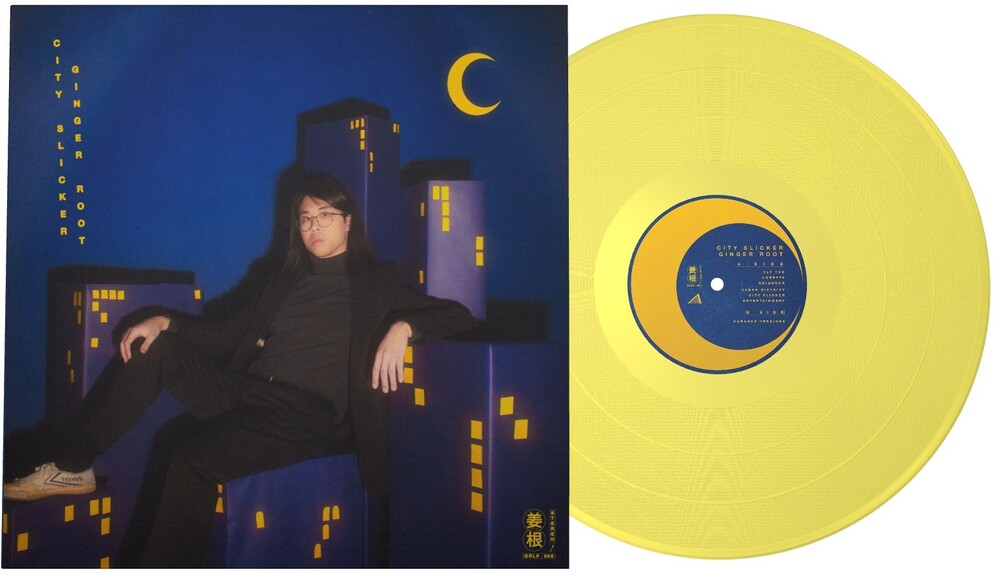 What would it sound like if Ginger Root was asked to make the soundtrack to an American adaptation of a fictitious Japanese film from 1981 entitled, "?" (Machi No Yatsu) You'd get their new EP, "City Slicker" While the previous Ginger Root albums have had themes of introspectiveness and observations on past personal experiences, this upcoming release is the first collection of songs written from an outside perspective. The first collection of songs that live in a fabricated world. A short 19 minute escape to a metropolis that never was. Following a protagonist whose neighbors call him the "City Slicker". On this EP, Ginger Root continues to pioneer their self-proclaimed genre: "Aggressive Elevator Soul". By blending the bones and blueprints from the works of Yacht Rock and City Pop, with textures from the ever evolving Bedroom Pop scene, glueing them all together fruitions something uniquely Ginger Root.