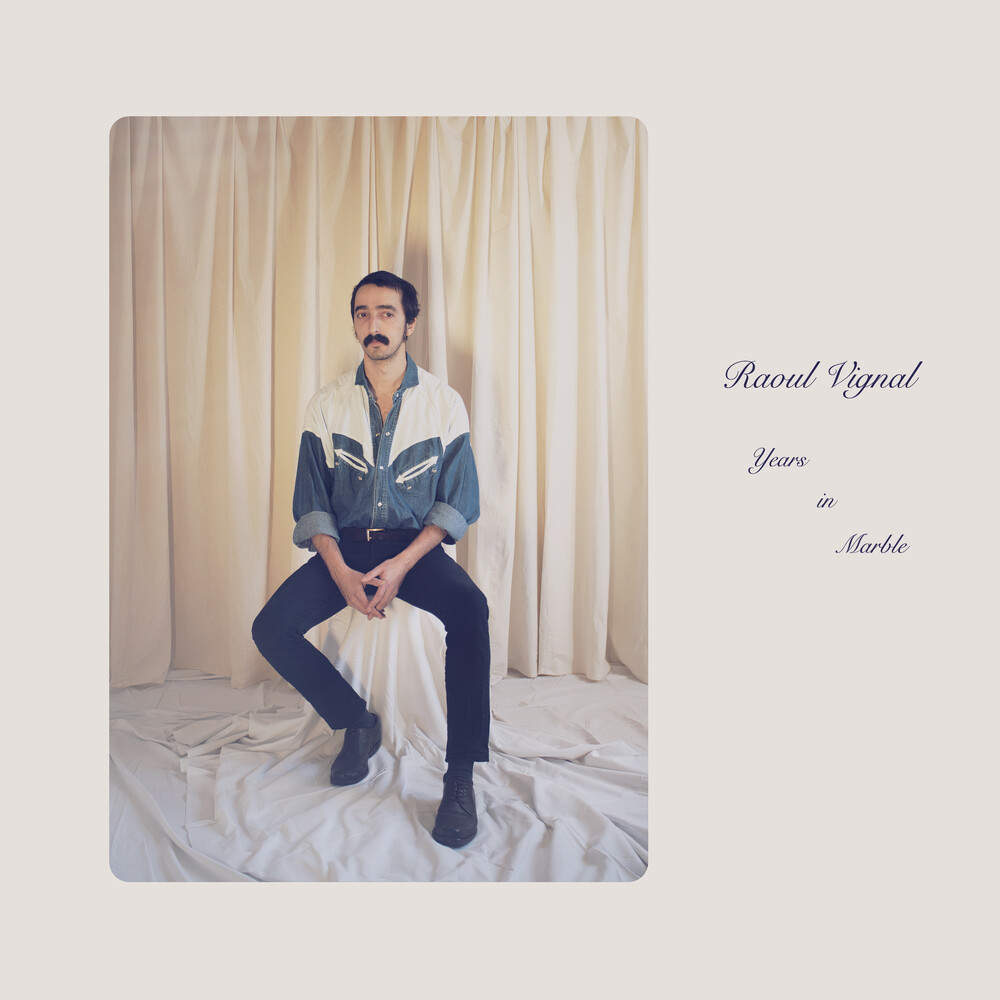 A native of Lyon, France, Raoul Vignal began performing solo at the age of 20. Throughout his stage performances, he weaves a delicate and harmonious universe, an intimate folk where his guitar playing (finger-picking and alternate tunings) establishes a subtle resonance with his soothing voice. He left his hometown at the end of 2013 and moved to Berlin where he stayed for two years. He then became a prolific musician, carrying out collaborations, recordings and concerts which led him to perform in various European countries. After a first self-produced EP, he recorded his first album "The Silver Veil" in 2015-2016 at the Klangbild studio, with sound engineer Martin J. Fielder (who notably worked on Josh T. Pearson's album "Last of the Country Gentlemen"). This first opus was released by Talitres in April 2017 and the many rave reviews (both in France and abroad) allowed Raoul Vignal to put together concert dates. On the strength of this experience, Raoul Vignal recorded his second album "Oak Leaf" (2018) with his touring musicians. Here, the instrumentation is fuller and the evanescent melodies deliver a deliciously intimate folk. Raoul Vignal moved to Paris in early 2020. Far from the hustle and bustle of the capital, he began writing his third album in the privacy and calm of his kitchen. After a new detour by Berlin, a city still rooted in his musical background, the native of Croix-Rousse settled in the Lyon region, away from the urban bustle, in September 2020. And it's in the countryside, this isolated place where time stands still and the world outside disappears, that Raoul Vignal recorded 'Years in Marble'. With Lucien Chatin (drums) and Matteo Fabbri (sound engineer) as his only companions, he weaves captivating compositions with light shades and more spirited tempos. More hypnotic than ever, Raoul Vignal's music is both timeless and deeply embedded in our specific time.