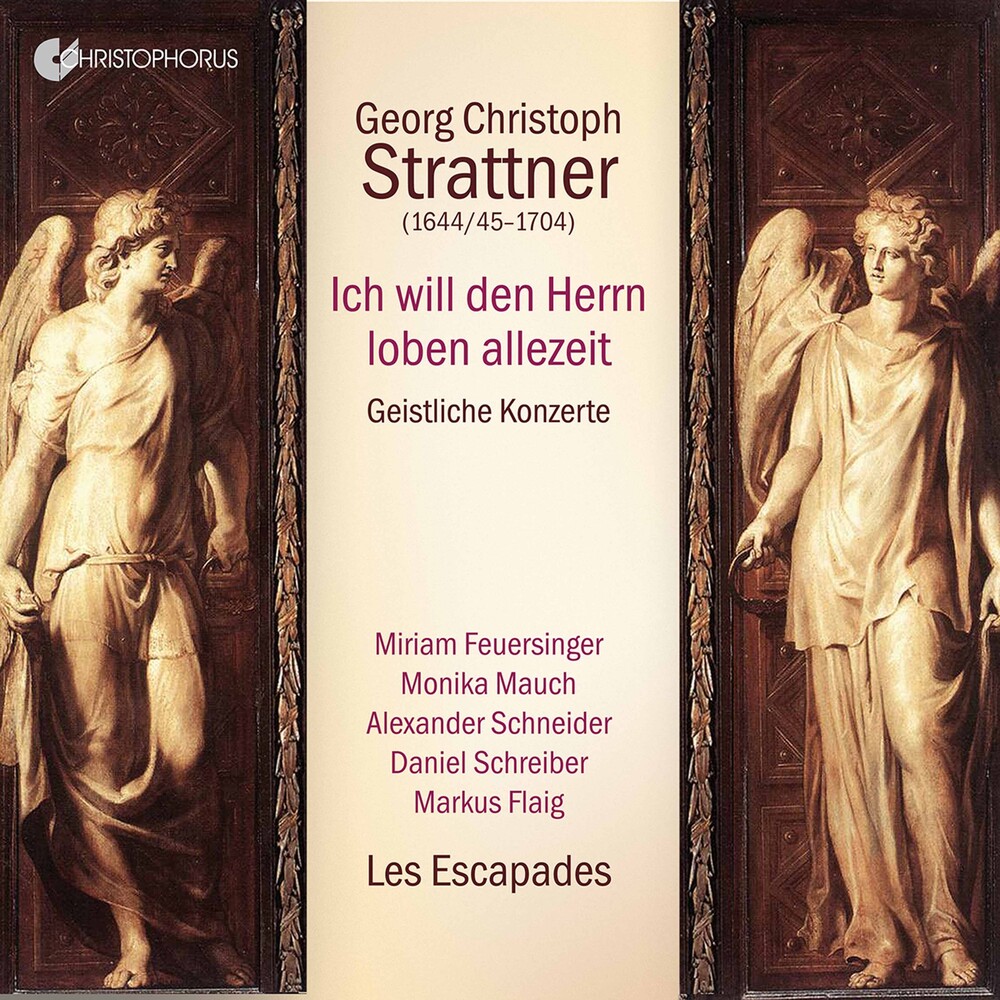 Georg Christoph Strattner (c. 1644-1704) received his first training from his cousin Samuel Capricornus, who took him from Pressburg (Bratislava) to Stuttgart, where he was employed as a chapel boy. Strattner took up his first major post at the age of 21 as Kapellmeister at the court of the Margrave of Baden-Durlach, who was having a new residence built. In 1682 he was appointed to the highly remunerated post of music director in the city of Frankfurt am Main, where he was responsible for church music at the main Protestant church. The ensemble Les Escapades presents seven magnificent sacred concertos in first recordings. They are characterized by the Italian stile concertato and translate the German texts artfully, polyphonically into catchy musical themes. Stylistically and qualitatively, Strattner's music is roughly comparable to that of Johann Rosenmüller and forms an important link between Schütz and J.S. Bach. It is a pity that Strattner's career came to a scandalous end after only a few years due to a trial for adultery and banishment from Frankfurt, and that this hopeful composer fell into complete oblivion.