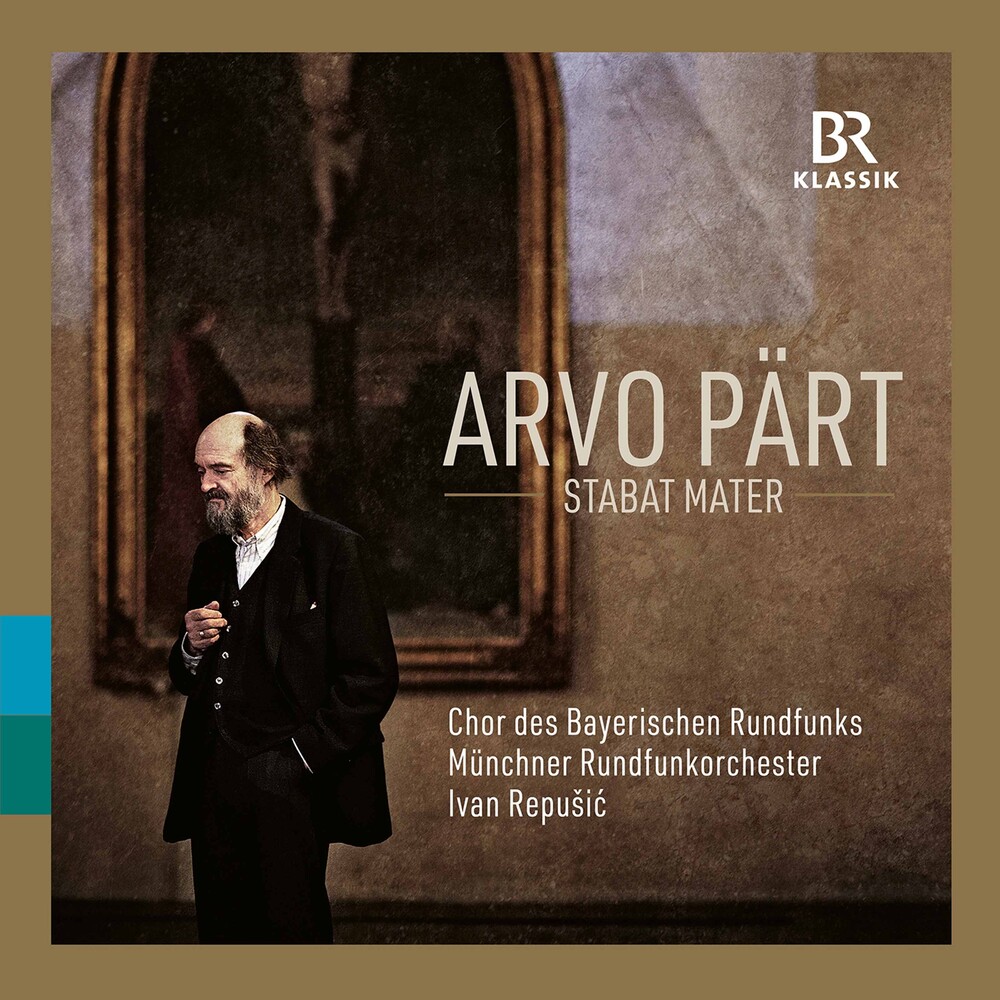 After TE DEUM (900511), ARVO PÄRT - LIVE (900319) and MISERERE (900527), STABAT MATER is already the fourth album to emerge from the close artistic collaboration between the composer and the Bavarian Radio Chorus, and to be recently released by BR-KLASSIK. - In addition to the impressive STABAT MATER, this newly-released album offers some of the works that are key to the composer's stylistic development, and rarely appear in the concert repertoire or as recordings. Despite or perhaps precisely because of the radical reduction of it's means of expression, Pärt's music demands the greatest care in it's performance from those playing, and is masterfully realized in this recording by the Bavarian Radio Chorus and the Münchner Rundfunkorchester under the conductor Ivan Repusic. Like almost no other contemporary composer, the Estonian Arvo Pärt (born 1935) has succeeded in bringing sacred music back to the attention of a larger audience, even outside the church service. Because of it's meditative character and it's return to the simplest basic musical forms, his music gives us an insight into key spiritual moments. To this end, even before his emigration from the Soviet Union, Pärt invented what he referred to as the "tintinnabuli style" (Latin for "little bells") of composing. In 1977 he delivered one of the first significant examples of this style with the first version of FRATRES (Brothers), which still has no fixed and prescribed instrumentation. In it's ascetic austerity and almost liturgical solemnity, the work is reminiscent of a communal prayer or a spiritual act.