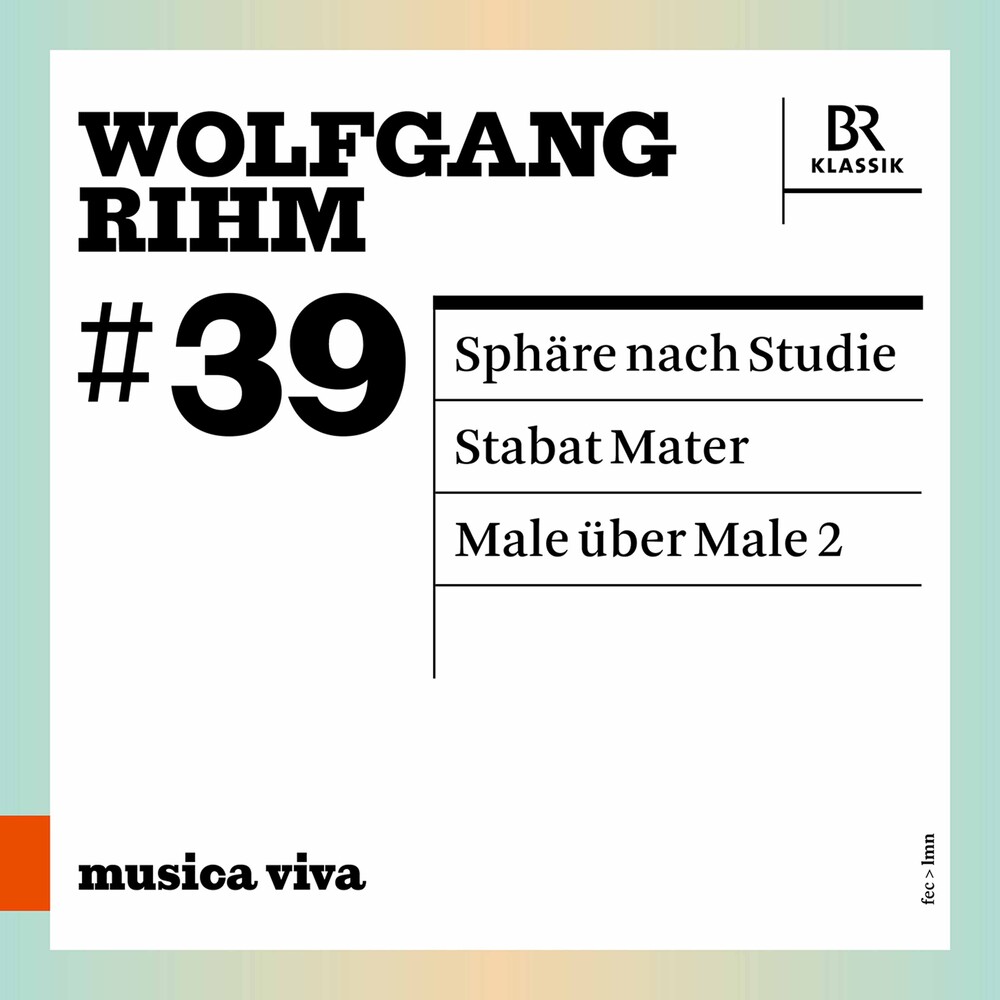 Wolfgang Rihm is one of the most important contemporary composers of our time. The musician, professor of composition and author from Karlsruhe, Germany is a larger-than-life personality, and the contemporary music scene is impossible to imagine without him. His knowledge of music is all-encompassing, as is his mastery of the arts, literature and philosophy - all of which serve as sources of inspiration for his composing. With more than 400 compositions, he has created a universe that cannot easily be defined. Rihm has written New Music - the titles of his compositions have come to symbolize the musical history of recent decades. Other works by him refer to music history - they include, for example, oratorios inspired by Bach, orchestral works based on Brahms, or chamber music inspired by Schumann. With this release and a further one of instrumental music, BR-KLASSIK and "musica viva" are celebrating the 70th birthday of this influential composer. Rihm's piece SphĂ¤re nach Studie (1993/2002) for chamber ensemble received it's world premiere on March 13, 2002 in Karlsruhe, and was also the opening work at the concert of the Bayerische Rundfunk musica viva series recorded live on December 8, 2020 in Munich's Prinzregententheater. That concert concluded with Male ĂĽber Male 2 (2000/2008), a commission by WDR that was premiered by JĂ¶rg Widmann in Witten in 2008. Between these two instrumental works, the baritone Christian Gerhaher and the violist Tabea Zimmermann perform Rihm's haunting Stabat Mater (2020). In this work, the reduction to the unusual constellation of voice and string instrument creates a sound space in which much, perhaps everything, is possible. The direct confrontation of the baritone with the inner singing of the viola gives rise to a wordless song, a breathing line.