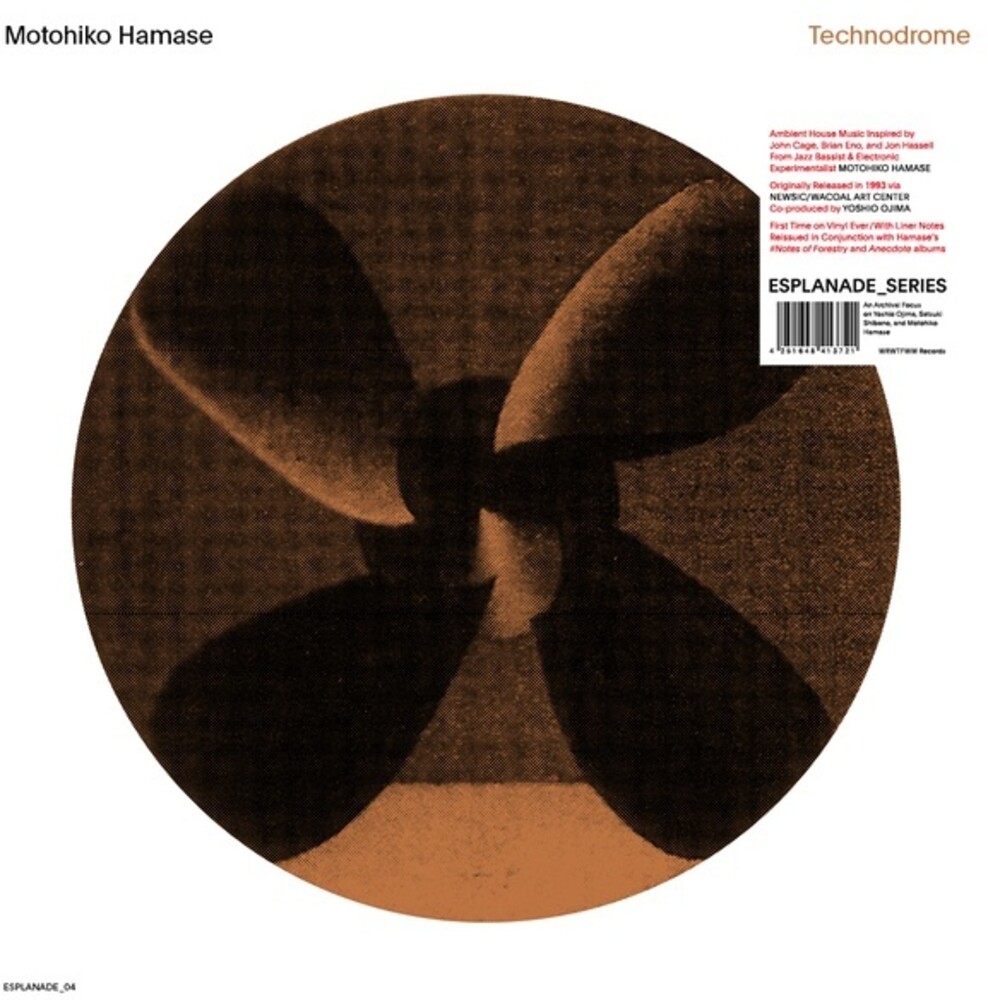 LP version. WRWTFWW Records announce the official reissue of Motohiko Hamase's astounding ambient house album Technodrome, originally released in 1993. This marks the fourth release from the Esplanade Series which focuses on the works of Yoshio Ojima, Motohiko Hamase, and Satsuki Shibano. Inspired by John Cage, Jon Hassel, Brian Eno, and the emergence of house and techno music, Technodrome is jazz bassist turned electronic experimentalist Motohiko Hamase's foray into what he calls ambient house or, as he explains, "using the gritty sensation inherent to the core of house music" to create an ambient record "aiming to express inverted images, optical illusions, and the sense of déjà vu that modern people can get in the city." Technodrome is constructed around innovative minimalism, a robotic funk orchestrated by bass lines and percussions, and monochrome moods. It's the most intriguing project in Hamase's discography, a ghostly ride set in '90s urban landscape, where repetition sets the groove and brings things to life, echoing Hamase's deeper subtext for his compositions: "and attempt to recreate (as metaphor) the time in our mother's womb." The album was initially released in 1993 by Newsic, the cult label started by Tokyo's Wacoal Art Center (also known as Spiral), home, notably, of Yoshio Ojima who co-produced the album. It is now reissued in conjunction with Motohiko Hamase's #Notes of Forestry (1988) and Anecdote (WRWTFWW 036CD/LP) albums. The album is sourced from original masters and available on CD and vinyl for the first time ever. Includes liner notes from the artist.
120 East Washington Street, Goshen, IN 46528 574-971-8282 Store Hours Monday-Thursday 10:30-5:00, Friday-Saturday 10:00-8:00.