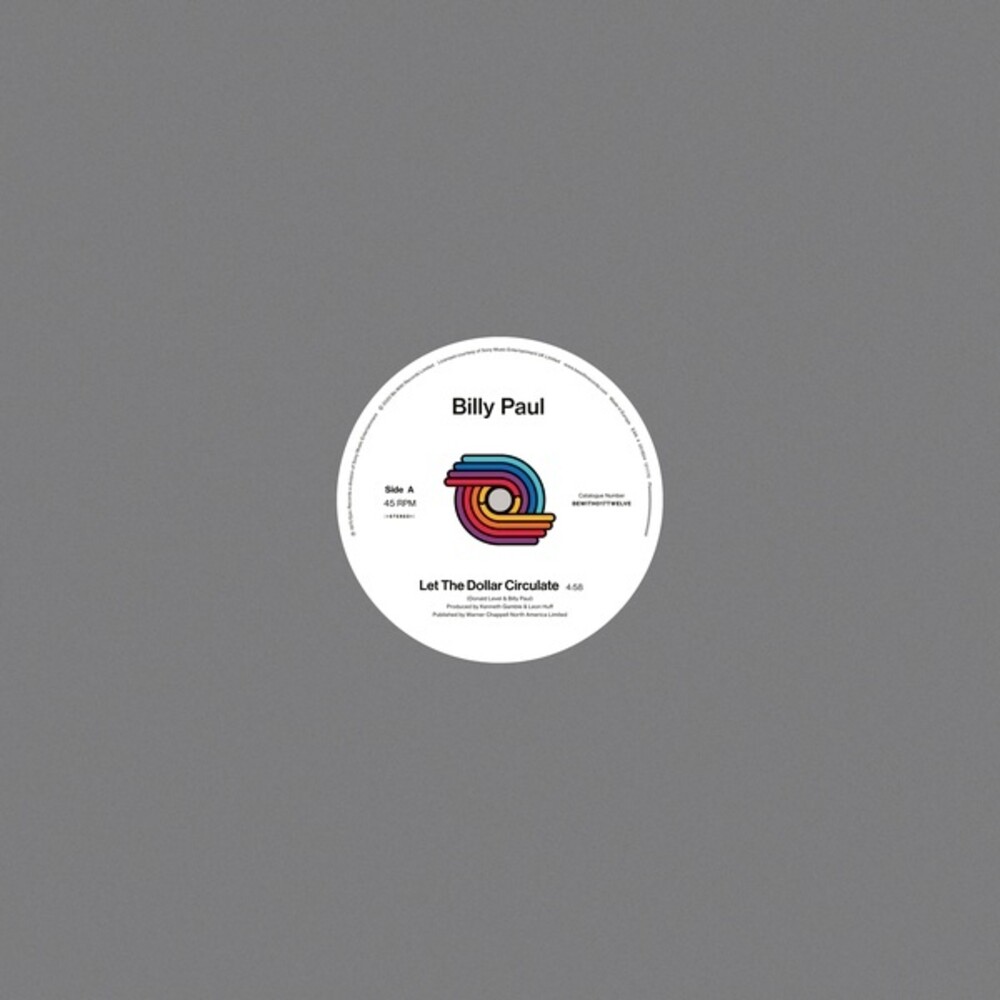 Billy Paul's "Let The Dollar Circulate" and "East" have never appeared on a legit 12' before. They do now. "Let The Dollar Circulate" is inextricably linked to one of J Dilla's greatest ever deep productions, whilst the massive "East" has long been a big Harvey tune. Both make full use of the incredible MFSB, the regular group of crack musicians that acted as the house band for the Philadelphia International Sound label at Sigma Sound Studios. Causing glorious damage to discerning dance floors until this very day, Billy Paul's "Let The Dollar Circulate" was first released in 1975 on the album When Love Is New. It has the upbeat, dramatic proto-disco sound of classic Philadelphia soul. Taut, urgent verses of evergreen lyrics that preach the evils of capitalism and environmental destruction, to a thumping, menacing bassline. A gospel-infused chorus releases the tension in an explosion of strings and horns. Dynamite. A richly textured and enduring soul hit, "Let The Dollar Circulate" received a second wind when it was sampled by Dilla for Spacek's 2005 underground gem "Dollar". "East" is a fascinating, genre-blending track; a magical, widescreen soul-jazz masterpiece. Mystical and powerful, it's a pulsating mini-epic with a potent spiritual dimension. "East" was written by Philly bassist and baritone Tyrone-William Brown and appears on 1971's Going East LP. Lenny Pakula's atmospheric arrangements are complex but deeply funky, perfectly suited to Paul's fervent vocals. Gamble and Huff's production is a brilliant demonstration of their balancing Paul's jazz roots with the funky soul of the day, and seeking to innovate and push musical boundaries. A first-person rumination on slavery, Paul's thoughtful, deeply moving spoken word introduction unravels as the track reveals it's secrets. Against the jazzy backdrop Paul's delivery is heartfelt, welling up with emotion. Strings cascade and winds howl while the bass prowls along the arrangement. Stunning. Remastered to stunning effect, Be With is delighted to present this vital double-sider from the man ?uestlove called "one of the criminally unmentioned proprietors of socially conscious post-revolution '60s civil rights music".
120 East Washington Street, Goshen, IN 46528 574-971-8282 Store Hours Monday-Thursday 10:30-5:00, Friday-Saturday 10:00-8:00.