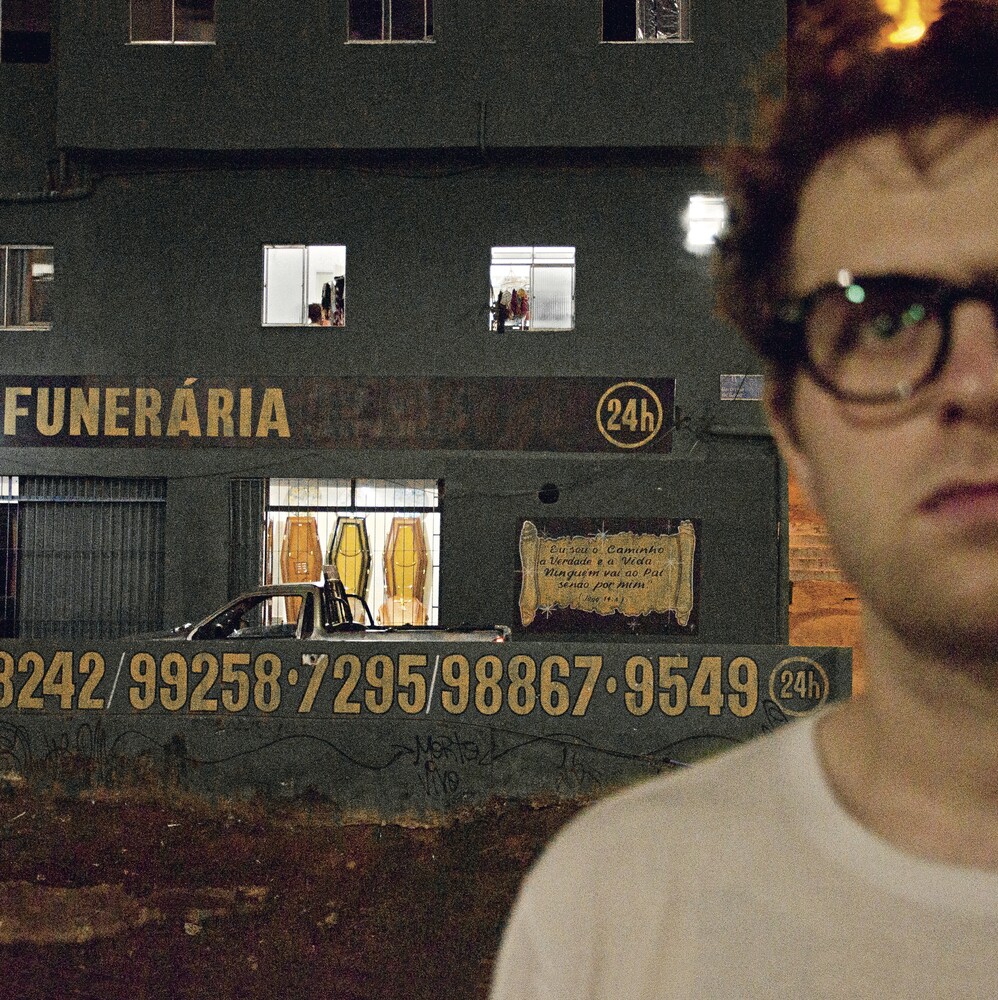 Ghost Bag is the recording alias of Nick Jongen. Born in the Netherlands in 1991 & currently residing in Berlin, Germany. This is his second release under the moniker Ghost Bag. Palindrome was written and recorded in Salvador da Bahia, Brazil during an artist residency at Goethe Institute in January and February of 2019. Following up on Jongen's 2018 debut under the Ghost Bag moniker, Ghost Bag & Tine Fetz - an audiovisual collaboration with illustrator Tine Fetz - Palindrome is undoubtedly a solo effort. On this self-recorded documentation of his travels, Jongen reflects on the past, present, and worries about his future. Summoning rippling clouds of guitar textures punctuated by intricate finger-picking figures set the backdrop to his ethereal vocals, while synths rumble like a volcano in the distance. Despite the option to use an in-house theatre space, this record was made almost entirely in the bedroom with just two mics and a small synthesizer brought from home, plus a worn out acoustic guitar purchased on site. Most days of his two-month stay were spent writing routinely, feeding monkeys from the kitchen window during breaks. On the song Lion, a cellphone recording of Jongen lamenting on the beach at night plays in the background. Flirting with dreams of redemption, fatalistic sentiments echo throughout. Jongen is able to catch a glimpse of the outside world, while the door remains locked. Enjoy Palindrome: recorded in a bedroom with the curtains drawn on the other side of the world.