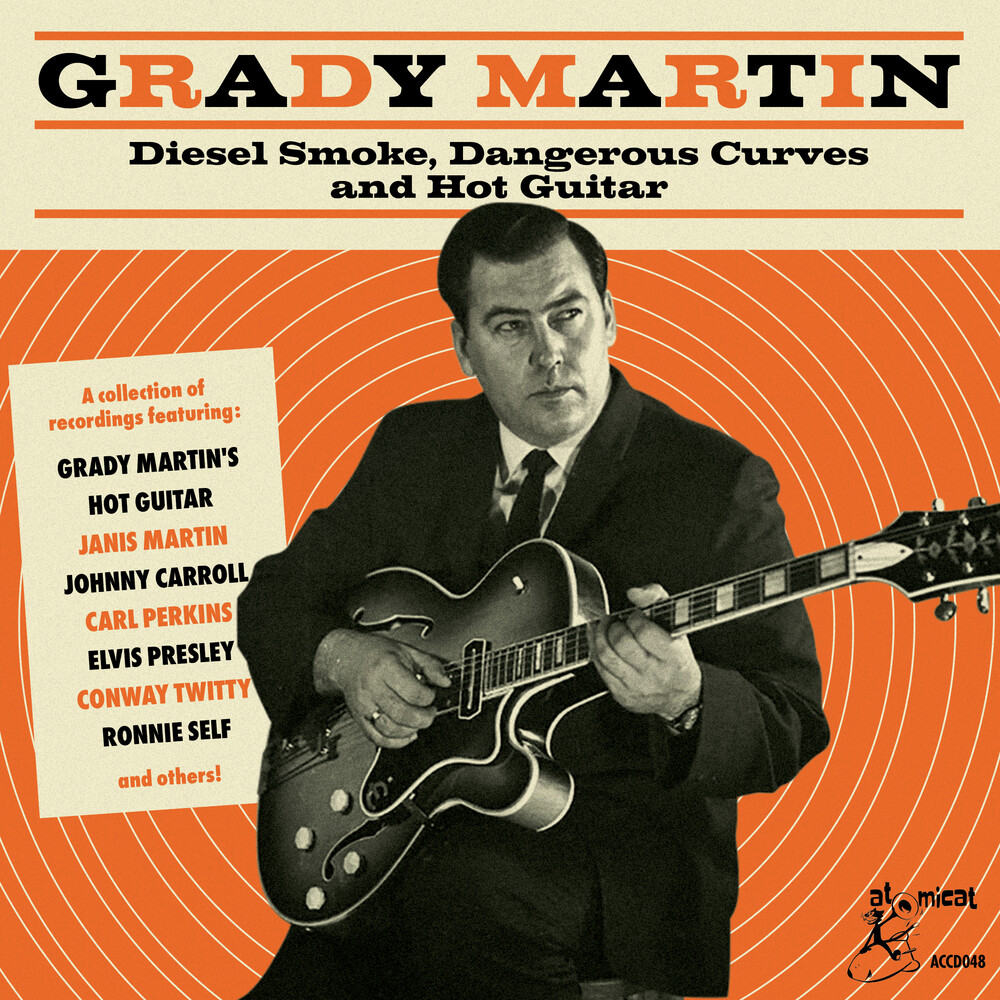 Atomicat has taken a snap-shot of the numerous recording sessions he appeared on and focus on Caucasian artists with the overall sound being in an up-tempo style. The album has thirty recordings ten of which have Grady Martin on the label credits, along with four named vocalists and there on nine titles with the Slewfoot Five or Winging Strings as the named instrumental support. The variety of sound is vast, there is a sprightly reworking of Settin' The Woods On Fire with vocals from Mervin Shiner and vocalist Dick Todd covers Jimmie Davis's, Sweethearts Or Strangers, which future Country artist Faron Young and Rockabilly, Carl Perkins also covered. The remaining featured vocalists on The Slewfoot Five sessions are, Don Cherry and Burl Ives and the first section of the CD album ends with Martin's solo instrumental, The Fuzz which will please Link Wray fans. The remaining twenty songs are selected highlights from his studio work during which his guitar brought life to numerous classic recordings. The quality "Star names" within the compilation include Red Sovine whose 1954 session resulted in a recording that Elvis Presley would himself record two years afterward. Additional top-class performers from the Country and Western stable include; Lefty Frizzell with Shirley Caddell, Lee Emerson with Marty Robbins who is relegated to second vocalist and Jimmie Logsdon as Jimmy Lloyd, gives the new breed a run for their money. The move into Rockabilly and Rock 'n' Roll music takes-in, a multitude of artists with pluck in their performance and their sound is naturally embellished from the presence of Grady Martin, and embraced in this statement are; Warner Mack, Ronnie Self, Mimi Roman, Marvin Rainwater, Brenda Lee, and Elvis Presley. Two well-known rockers, Carl Perkins and Conway Twitty have Country titles as their selected contribution, and of course, there is more to hear and discover.
120 East Washington Street, Goshen, IN 46528 574-971-8282 Store Hours Monday-Thursday 10:30-5:00, Friday-Saturday 10:00-8:00.