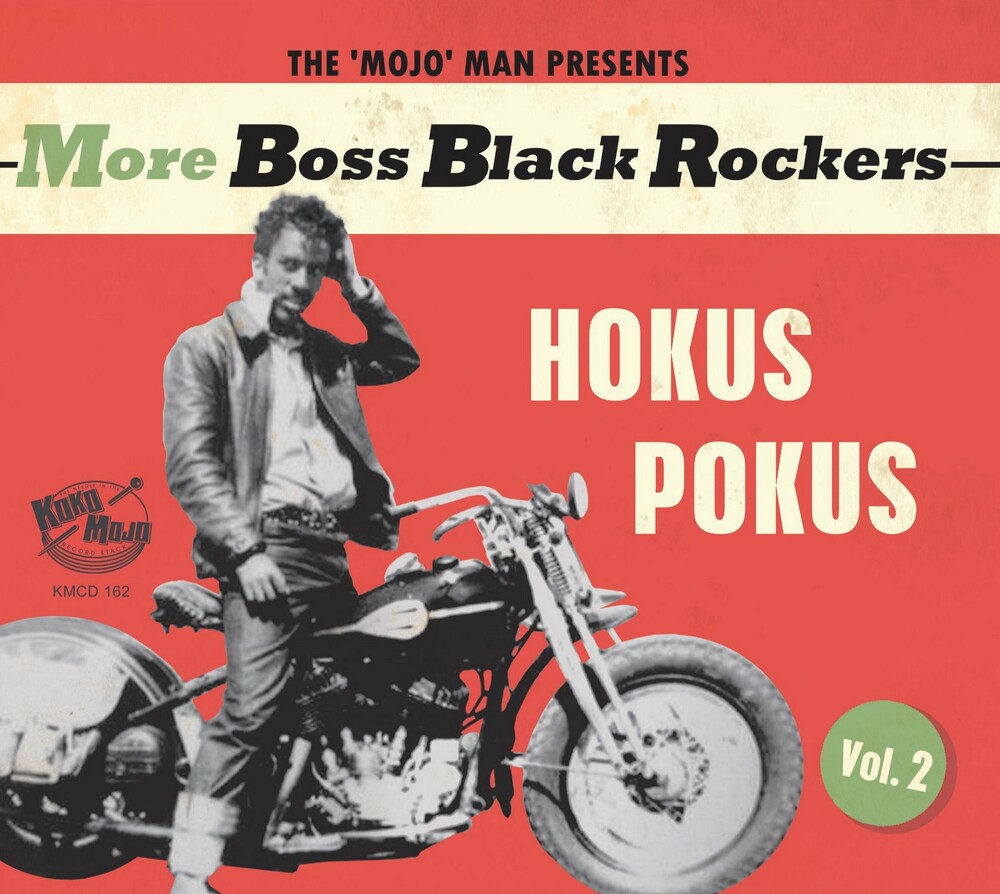 Ladies, gentlemen, and anyone in between, after the massive (and I must say unexpected) success of the 10-volume series "Boss Black Rockers" I decided to get back to work and found 280 new tracks for a new series of ten killer volumes. I focused on stuff never or rarely heard anywhere else and also not already been used for other Koko-Mojo Records compilations. That was actually pretty easy. The hard part was finding a cool name for this new series. More often than not "Easy Does It" so I decided to simply (and cleverly) call it "MORE Boss Black Rockers". As y'all already know, so many similar projects were devoted through the years to white rock and rollers (even the most obscure and unknown) and very little to the people that not only "originated" this music and played it long before white musicians started to fool around with it. They also continued to play it when black Rhythm and Blues music was suddenly re-named "Rock and Roll" to appeal to a wider white audience in segregated America and became a multi-racial genre in the mid-1950s. Once again, some tunes are pretty well-known, but the vast majority are not. Chances are that you never-ever heard a lot of the tracks included here - even if a lot of them were pretty popular in the 1950s among both black and white Rock and Roll fans. Most of the artists in this new series (just like the first one) were actually household names in the "Rock and Roll World" of the '50s and early '60s. When Rock & Roll history was re-written from a strictly white rock standpoint only a few black rockers were included (maybe less than a dozen) when actually back in the day almost every African-American R&B act (maybe a MILLION or more) was actually Rock & Roll and white artists were actually a minority for a long time. So "BLACK" by popular demand here's to you "MORE Boss Black Rockers." DIG IT!