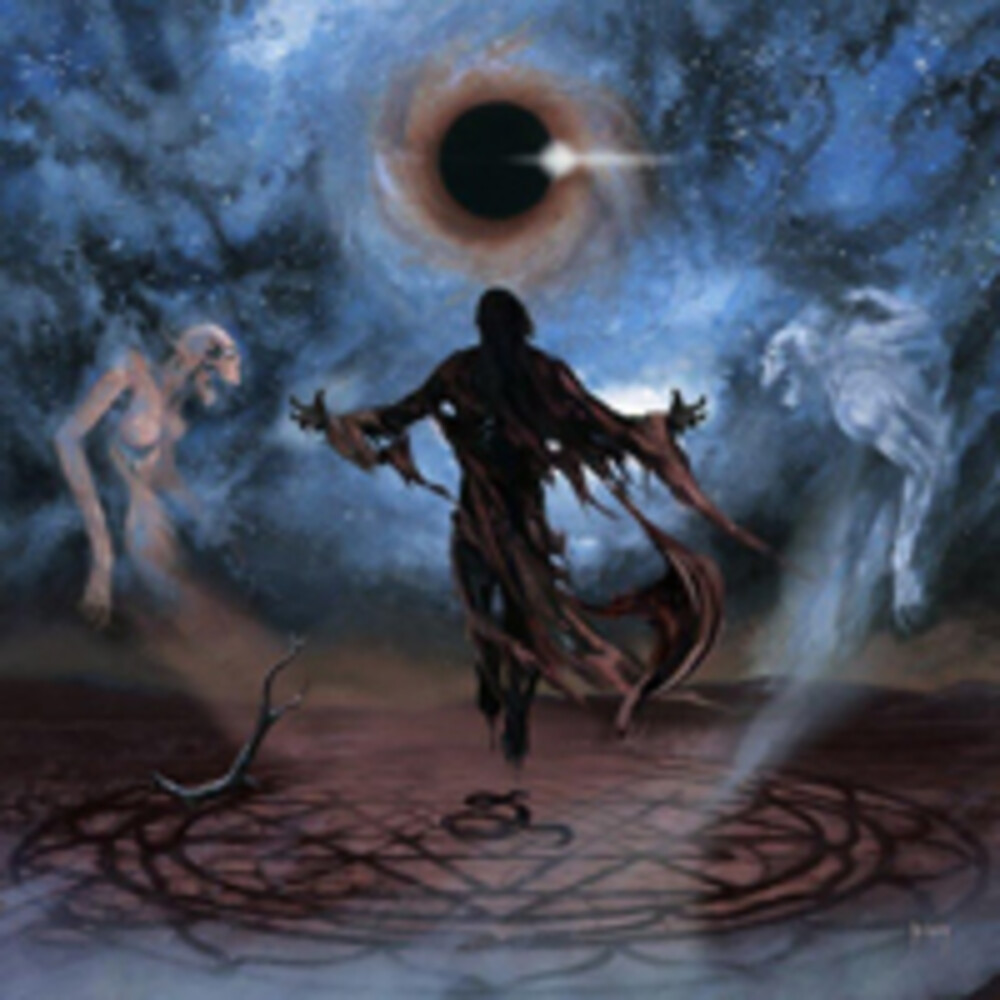 Since their formation in 2014, Uada's rise has been meteoric. Hailing from the Pacific Northwest, the band quietly released their debut album, Devoid of Light, in 2016 through Eisenwald, and word of mouth quickly built from there: here was BLACK METAL writ large, classic and uncompromising but brimming with power, soul, and artistry, and all without bluster and bathos. Uada's debut album surely expanded the lexicon of the melodic black metal idiom, and the underground took notice. Two years later came Cult of a Dying Sun, whereby the band further perfected their craft and compellingly took to the stage, their performances garnering as much acclaim as their recordings. During all this, more than the underground started to take notice; the name Uada was on the tongues of folks usually reticent to black metal. Now, almost effortlessly, Uada fully perfect their craft and deliver their masterwork: Djinn. Simply titled but by no means simple in construction nor execution, Djinn builds upon the increasingly ambitious songwriting of it's no-less-considerable predecessor, but pushes their dazzling artistry into nearly Technicolor landscapes of the Beyond. Upon the first opening notes, this boundless artistry is felt: big, rolling rhythms reminiscent of post-punk, tantalizingly setting the stage for the splendorous expanses to follow. There's a certain magick at play here, no doubt bolstered by the band's rhythm section of Josiah Babcock (who puts in his final performance here) and new bassist Nate Verschoor, erstwhile mainman of Veiled; this throttling-yet-deft foundation both leads and plays acute counterpoint to the spiraling, windswept riffing of founders Jake Superchi (also vocals) and James Sloan, their guitar work transcending the poignancy of prior works. And indeed, Djinn's generous six-song/hour-long runtime no doubt allows the listener the ultimate freedom to roam within Uada's ever-unique world, spanning both smothering speed and deliriously dream-like states, Very Metal urgency and textural exploration alike - put simply, the band at the height of their creative powers. Djiin is truly it's own realm of experience.  Limited Deluxe 'Die Cut' Slipcase CD edition made of special card stock.
120 East Washington Street, Goshen, IN 46528 574-971-8282 Store Hours Monday-Thursday 10:30-5:00, Friday-Saturday 10:00-8:00.