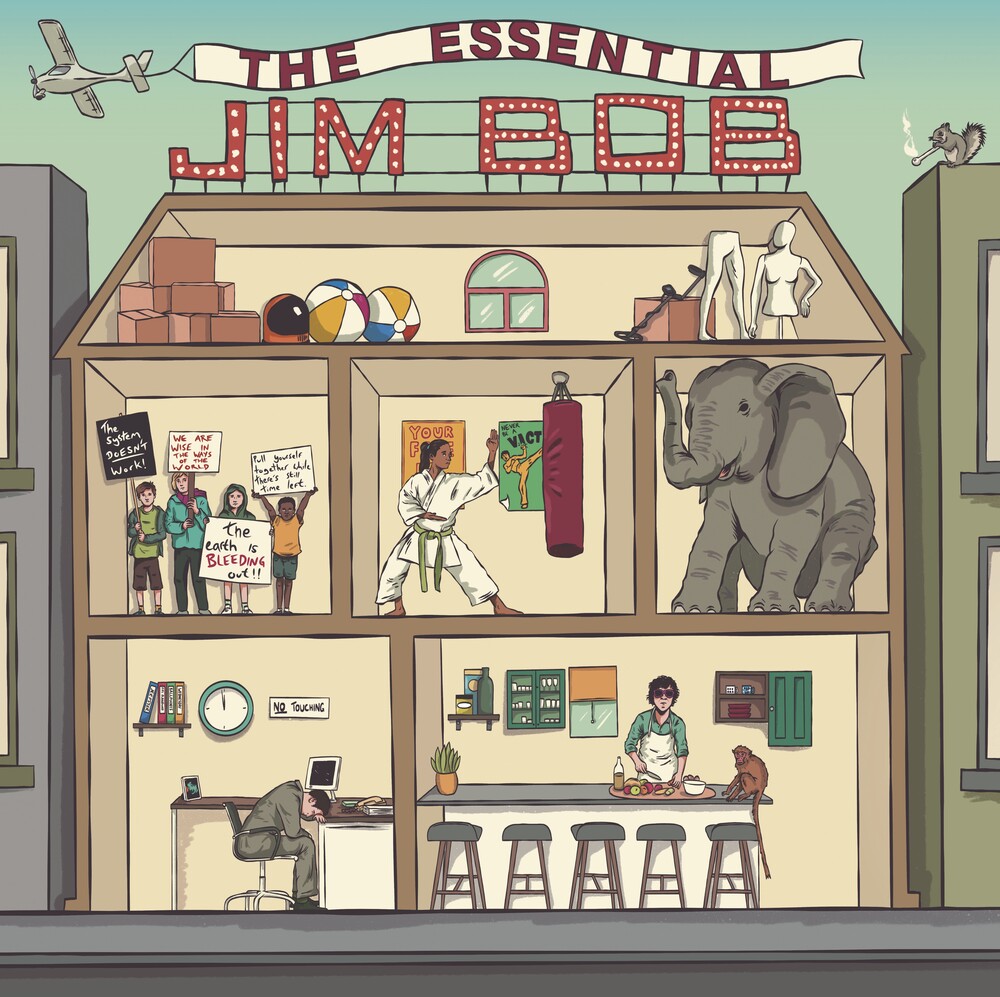 A 21-song, double-vinyl collection of classic Jim Bob songs. Eighteen years' worth of essential Jim Bob, including bangers from the albums 'A Humpty Dumpty Thing', 'Goffam', 'What I Think About When I Think About You', 'Sing it Again Jim Bob' and his two recent top 40 albums 'Pop Up Jim Bob' and 'Who Do We Hate Today'. With artwork by Mark Reynolds' that doubles as a 'find the hidden songs in the pictures' game. As singer with Carter The Unstoppable Sex Machine Jim Bob had 14 top 40 singles, four top ten albums (including a number one). They toured the world, headlined Glastonbury and in 2007, ten years after initially splitting, they reformed for a series of huge, sold out shows. He has released 12 solo albums, written songs for Ian Dury and for a Barbican production of Mark Ravenhill's Dick Whittington And His Cat. He made his Edinburgh Fringe debut in the Ward and White musical 'Gutted, A Revenger's Musical', his autobiography 'Goodnight Jim Bob - On The Road With Carter The Unstoppable Sex Machine' was published to critical acclaim in 2004 and the sequel 'Jim Bob from Carter' followed in 2019 to tons more praise. He has written six novels, translated into eight different languages and in 2015 his fourth novel Frank Derrick's Holiday of a Lifetime won the 'Best Older Person's Character in a Book, Film, TV or Radio Drama' in Gransnet's Older People in the Media Awards. His fifth and six novels, 'A Godawful Small Affair'/b/w 'Harvey King Unboxes His Family' were published together in March 2020.