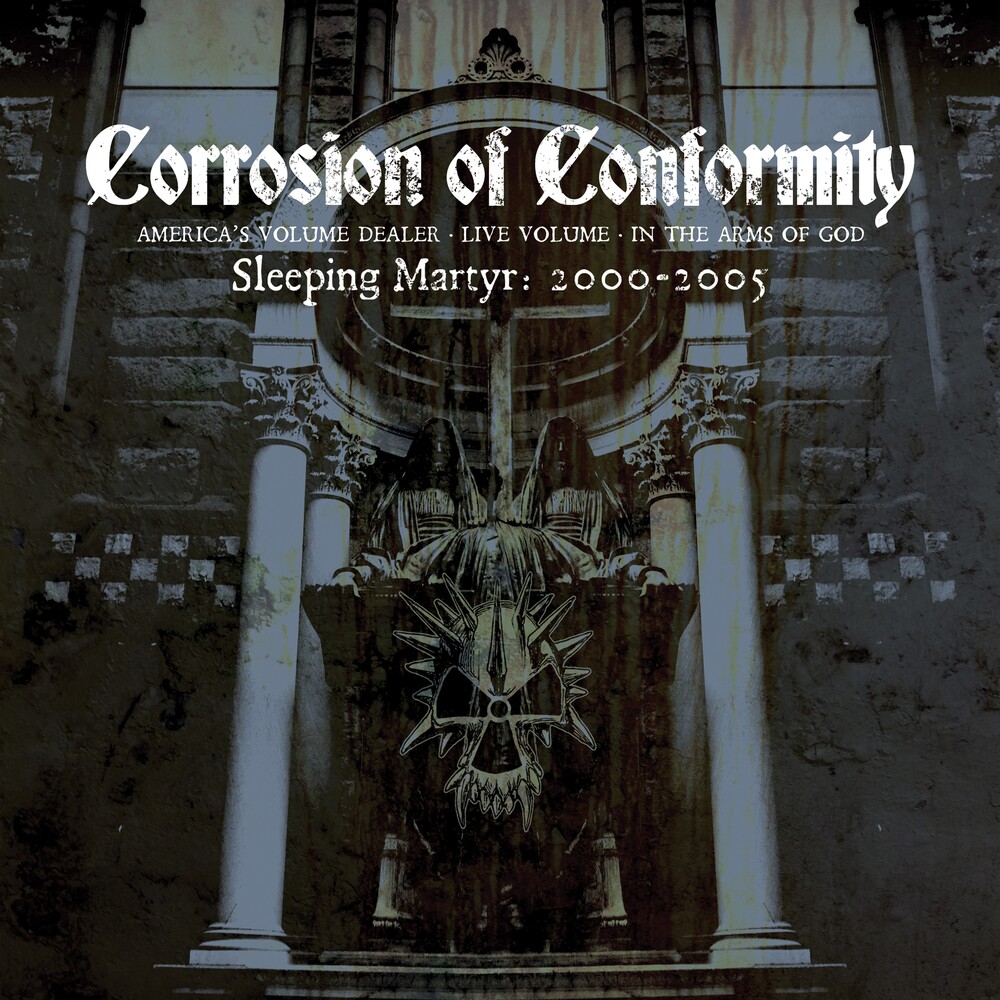 Three albums from the early 2000s from celebrated stoner/sludge and heavy metal outfit Corrosion of Conformity formed in Raleigh, North Carolina, in 1982. Originally a hardcore punk band recording for indie labels, by the 1990s they had moved towards a more southern tinged heavy metal sound, eventually finding mainstream success on Columbia Records, while being championed by famous fans such as Metallica. By 2000, Corrosion Of Conformity had shortened their name to COC, signing a deal with Sanctuary Records for 'America's Volume Dealer' featuring the line-up of Down's Pepper Keenan on lead vocals and guitar, founder member Woodroe Weatherman on guitar, Mike Dean on bass and Reed Mullin on drums. With a more polished sound, the album was produced by John Custer, who'd worked with the band since 1991's 'Blind'. Kicking off with the single, 'Over Me', this edition features the European bonus tracks 'Rather See You Dead' and 'Steady Roller' (Demo Version). Warren Haynes from Gov't Mule and the Allman Brothers Band guests on slide guitar for 'Stare Too Long'. After almost 20 years of playing and recording, 2001 was the perfect time for Corrosion Of Conformity to take stock and release their first live album, 'Live Volume'. As well as recent tracks such as 'Zippo' and 'Diablo Blvd', the set includes plenty of COC classics, including 'Albatross', 'Clean My Wounds' and 'Vote With A Bullet'. Recorded at Harpos Concert Theatre in Detroit, Michigan on April 20, 2001, Down and Eyehategod's Jimmy Bower stepped in to play drums. Fans would have to wait until 2005 for the release of COC's seventh studio album, 'In The Arms Of God'. The only studio record not to feature founder member Reed Mullin. Stanton Moore played drums, joining Pepper Keenan, Woodroe Weatherman and Mike Dean.