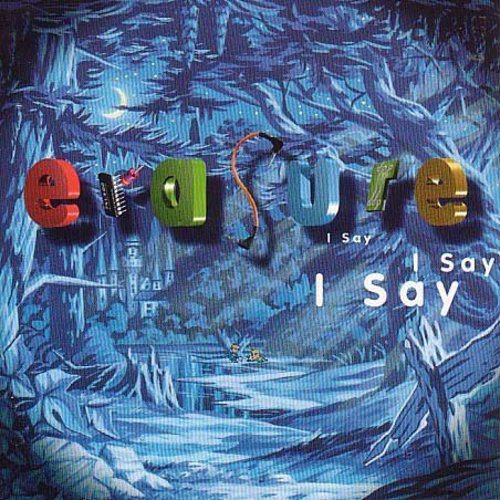 Limited vinyl LP pressing of this album by the British synthpop duo. I Say I Say I Say is the sixth studio album from Erasure, released in 1994. The album was produced by Martyn Ware, who was a founding member of veteran synthpop groups The Human League and Heaven 17. Upon it's release it became Erasure's fourth studio album release to consecutively hit #1 in the UK, and fifth overall, generating three Top 20 singles. In the U.S., I Say I Say I Say debuted and peaked at #18 on the Billboard 200, easily beating their previous highest chart placing. In Germany, the album climbed to #6. The album saw keyboardist/programmer Vince Clarke continue with his by-then trademark exclusive usage of pre-MIDI analog synthesizers and sequencers, with the additional self-imposed constraint that no drum machines were to be used either. Instead, Clarke used synthesizers to create the album's drum and percussion sounds.