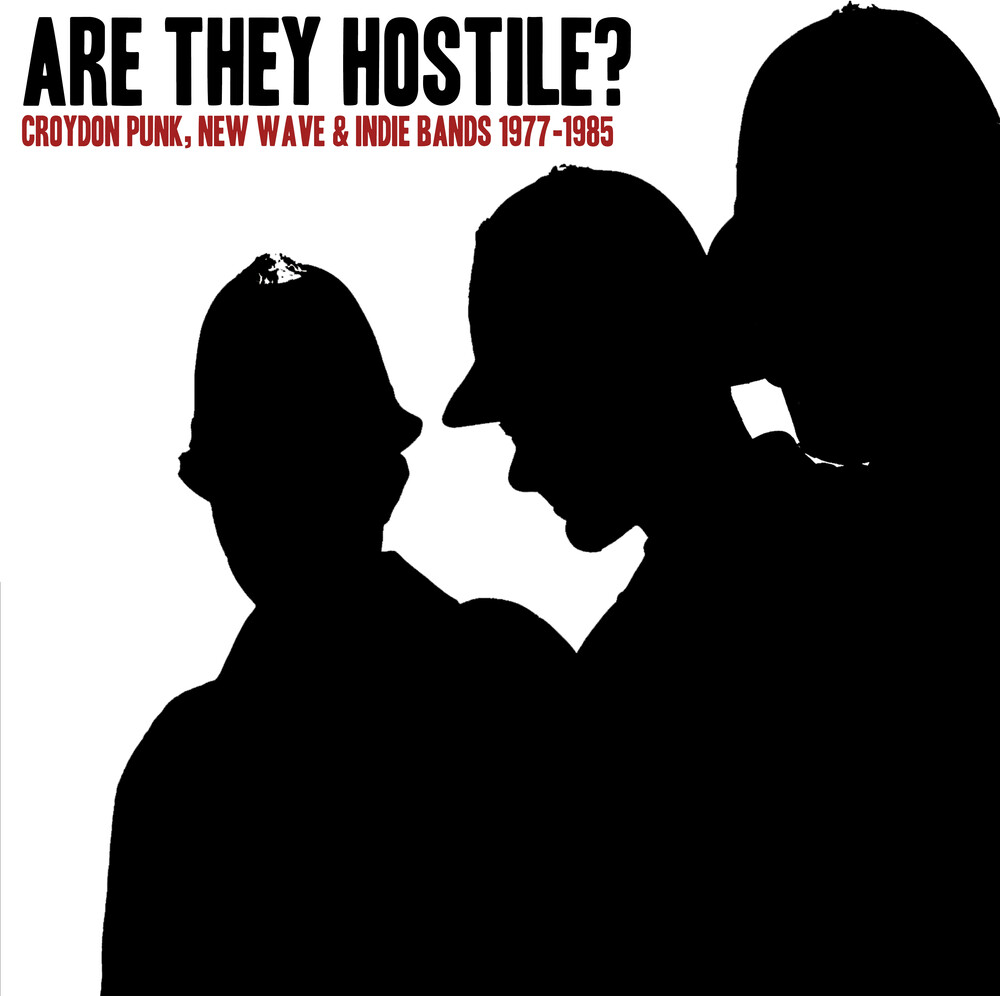 An 18 track compilation featuring the best of Croydon's punk and post punk scene! Are They Hostile? Is a new documentary film about the Punk, New Wave and Indie scene in Croydon in the late '70s and early '80s. It takes it's name from the first single by Croydon band Bad Actors. To coincide with the film's release Damaged Goods Records are releasing a compilation LP and CD featuring bands from in the film including Johnny Moped, The Marines, The Daleks, Case, Fanatics and also bands such as The Straps who played Croydon many times usually at The Star Pub in West Croydon. The CD version also features a specially recorded introduction by ex-Croydon Greyhound DJ Peter Fox. It's been argued that Croydon was the birthplace of Punk in the UK, due to The Damned and Johnny Moped. But there was a group of other bands who were part of that scene, or who came just after, but who didn't achieve the same success or recognition. The film and album attempt to set the record straight by shining a light on bands such as Bad Actors, Case, The Daleks, The Heroes and Fanatics. The music still fizzes with the energy and enthusiasm of youth and the punk ethos of just doing it. And the participants, if a bit older and slightly less slim than forty years ago, come alive in the current interviews as if connected to the mains. As the saying goes, "old punks don't die", but they do remember. The documentary film takes us through band history, the people in them, the places they played and, through current interviews with "a bunch of old punks", what they did next, and how formative and important being in a band was for them growing up. The film is the brainchild of Bad Actor Griff Griffiths and Mark Williams and will premier at the David Lean Cinema in Croydon on 2nd September with a Q & A afterwards by Griff and Mark, and an aftershow party nearby with special celebrity guests TBC. Griff explains: "It's also a film about being young, being passionate, being part of something."