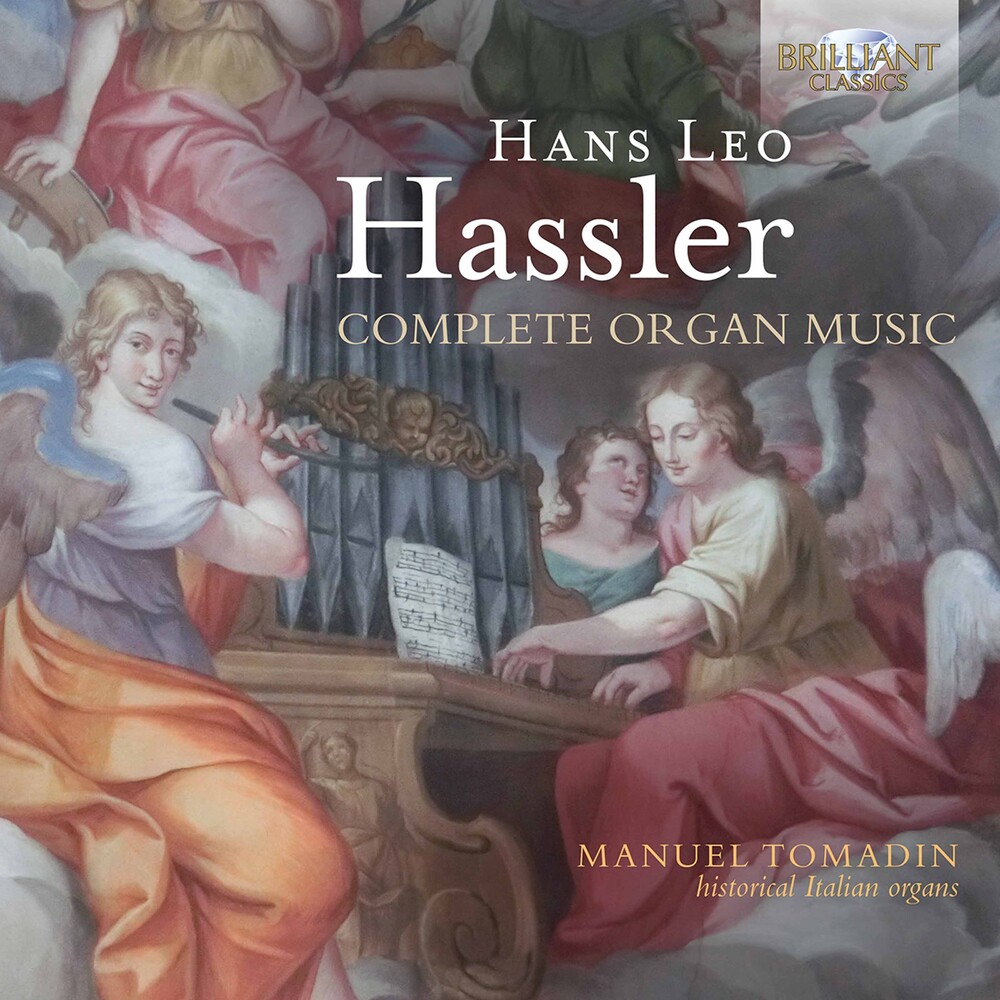 Born in Nuremberg in 1564 within a musical family, Hassler received his formative musical instruction from his father and quickly developed into a keyboard player of formidable gifts: in the dedication to his 1591 Cantiones sacrae he noted that he was 'from a tender age more talkative with the fingers than with the tongue'. In 1584 Hassler left Nuremberg to continue his education in Venice, becoming one of the first in a long line of German musicians who journeyed south of the Alps for study in Italian musical centers. While his motets and other vocal works were widely disseminated during his lifetime and have attracted recordings by period-instrument luminaries such as Philippe Herreweghe, his output for organ and harpsichord has received much less than it's fair share of attention. Manuel Tomadin demonstrates that across it's range there is no reason for music of this invention and lively originality to be hid under a bushel. In a 1593 portrait, Hassler is described as a 'most esteemed organist', and a single-manual chamber organ with pedal is prominently included in the frame. After moving back to Germany, taking a succession of prestigious posts in musical centers across central and southern Germany including his home city, he became known as an expert in organ design, and his own music for the instrument exploits every possible technical and coloristic refinement of the new instruments of his age. On this set, Manuel Tomadin plays a collection of historically appropriate instruments in Italian churches, and the collection is highly attractive as a gallery of Italian organ-building in it's own right. The formal weight of Hassler's output falls on instrumental paraphrases and elaborations of the Magnificat hymn, complemented as in Frescobaldi with ornate and harmonically adventurous ricercars and more lyrical canzonas.