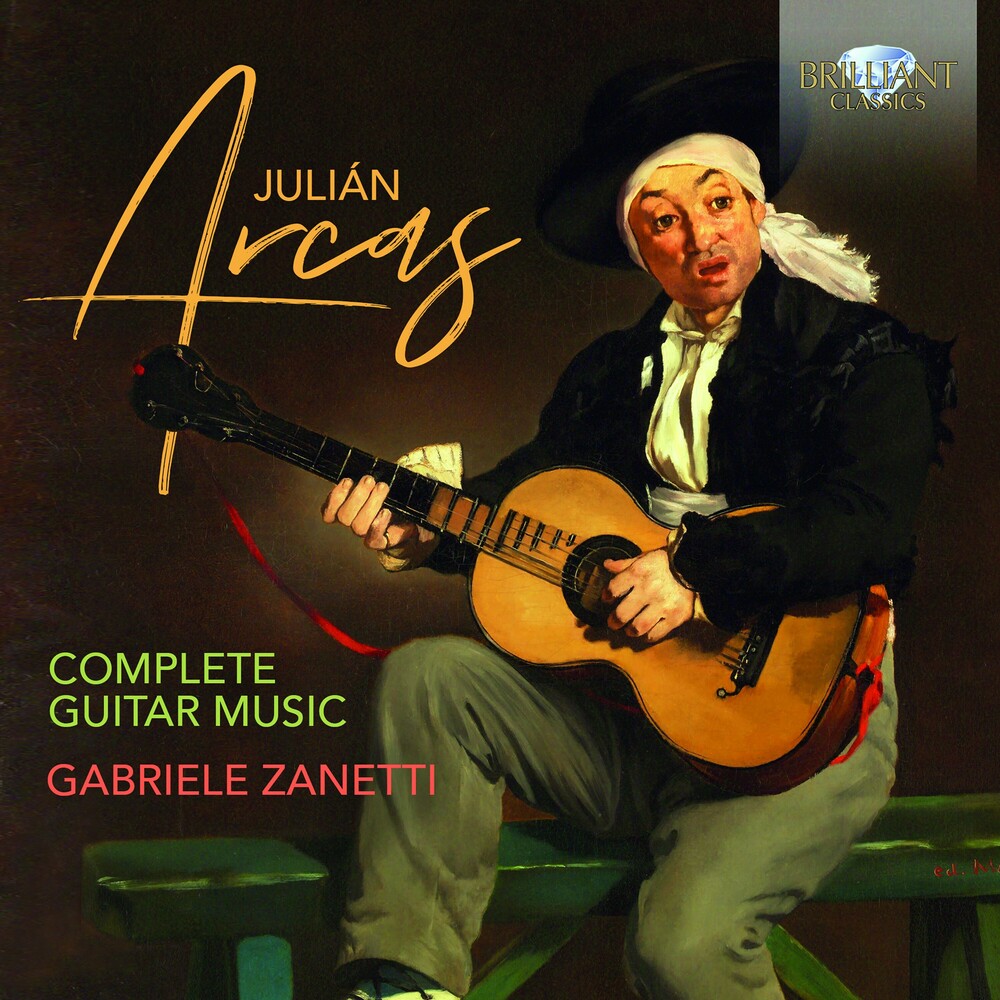 JuliaĂ¬n Arcas's father, Pedro Arcas Arjona, was a talented guitarist, trained in the method of the great Spanish master Dionisio Aguado (Madrid, 8 April 1784-Madrid, 20 December 1849), and he passed his passion for the instrument on to his son. In 1844, the Arcas family moved to MaĂ¬laga, where JuliaĂ¬n began lessons with JoseĂ¬ Asencio, a highly respected teacher who had studied directly with Aguado. Arcas's output, which includes studies, virtuosic showpieces, arrangements of operatic themes, variations and folk-inspired pieces, is particularly significant in terms of it's contribution to the flamenco repertoire. Although Arcas has fallen into neglect, his career coincided with the start of a golden age of flamenco. Built on firm musical foundations, his very personal style embraced Spanish folk traditions at a time -the height of Romanticism - when populism and nationalism were all the rage. As late as 1912, the renowned flamenco dancer JoseĂ¬ Otero wrote: "almost all flamenco toques [forms] and falsetas [melodic variations] have Arcas's distinctive touch". By this time the composer had been dead for 30 years and a new generation of guitarists had come to the fore (players such as Miguel Borrull, Javier Molina and Manolo de Huelva). JuliaĂ¬n Arcas was the first classical guitarist-composer to have written works for flamenco guitar. He was therefore not only the leading figure of the so-called "lost generation" of Spanish guitarists, overshadowed by the more famous musicians of the generations that followed; he was also a "pure" artist who sought to combine his love for Italian opera with his desire to create an authentically Spanish nationalist school of music. As such, he holds a unique place not only in the history of the guitar, but in the wider history of music as well.
120 East Washington Street, Goshen, IN 46528 574-971-8282 Store Hours Monday-Thursday 10:30-5:00, Friday-Saturday 10:00-8:00.