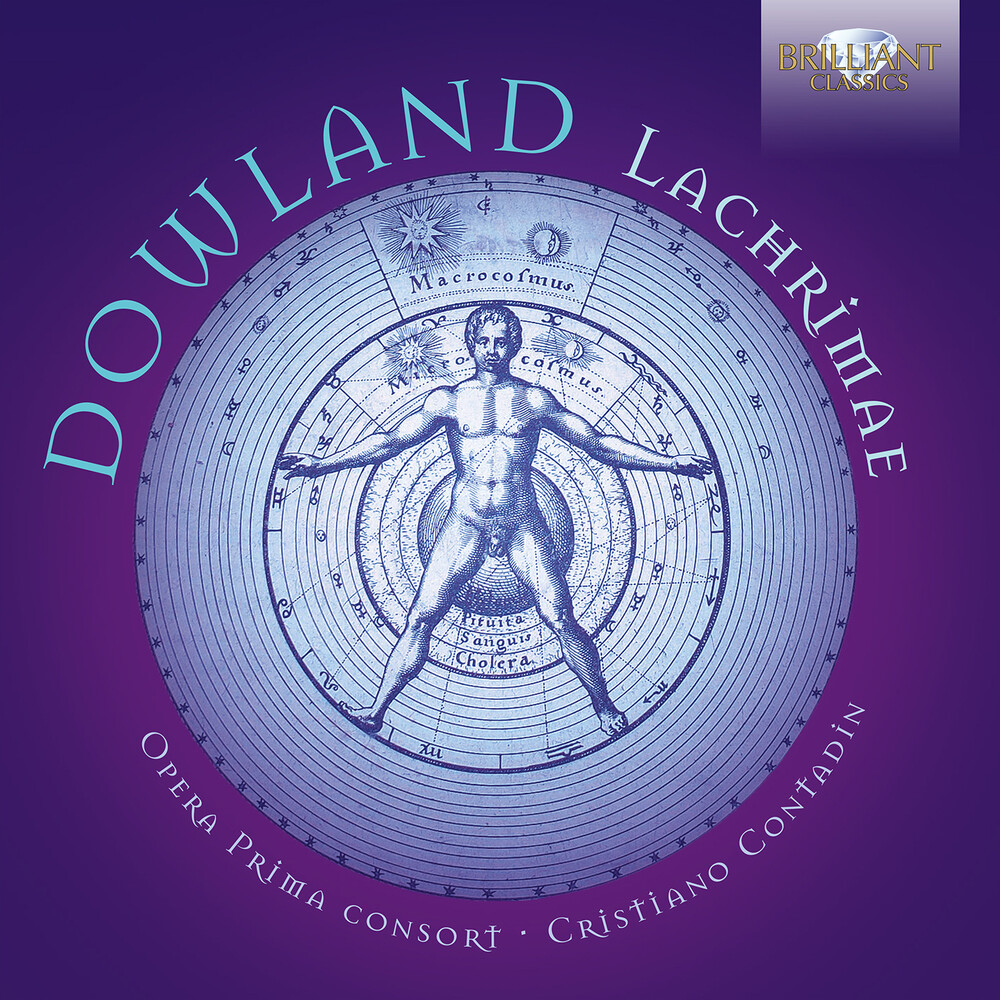 The seven Lachrimae Pavan of 1604 are widely held to mark not only the high point of Dowland's work but the entire genre of viol consort music. Dowland takes a lamenting pavan that he had written some years earlier and develops it's theme into a cycle which takes the listener through different states of tearfulness, from loneliness to despair through hope to love and finally joy - the 'true tears' of the final pavan. In it's contrapuntal mastery and it's ingenuity in the treatment of a single theme, the Lachrimae cycle stands alongside The Art of Fugue composed by J.S. Bach a century and a half later. Most recordings of the Lachrimae use the standard instrumentation of a consort of viols, ranging from treble to bass and accompanied by a lute. For his second recording of the cycle, however, the Italian violist Cristiano Contadin has boldly created a broken consort performance which mixes the recorder and also early violin and viola in with the uniquely grainy timbre of the viols. Such an instrumentation exploits the long association of the recorder with music of lamentation, and makes a historical connection with, for example, the cantatas of Bach. Contadin explains with a booklet essay that his aim in performance is to recover the 'passionate' nature of this music as Dowland envisaged it in his own written preface to the score, and indeed there is nothing dry or constricted about the performance he directs from the treble viol. Now, with three generations of period performance research and practice under their belts, musicians are beginning to play this music with the kind of freedom and spontaneity and emotion they would accord (in other ways) to Brahms, and this new recording deserves comparison with the most distinguished accounts from the recent past.
120 East Washington Street, Goshen, IN 46528 574-971-8282 Store Hours Monday-Thursday 10:30-5:00, Friday-Saturday 10:00-8:00.