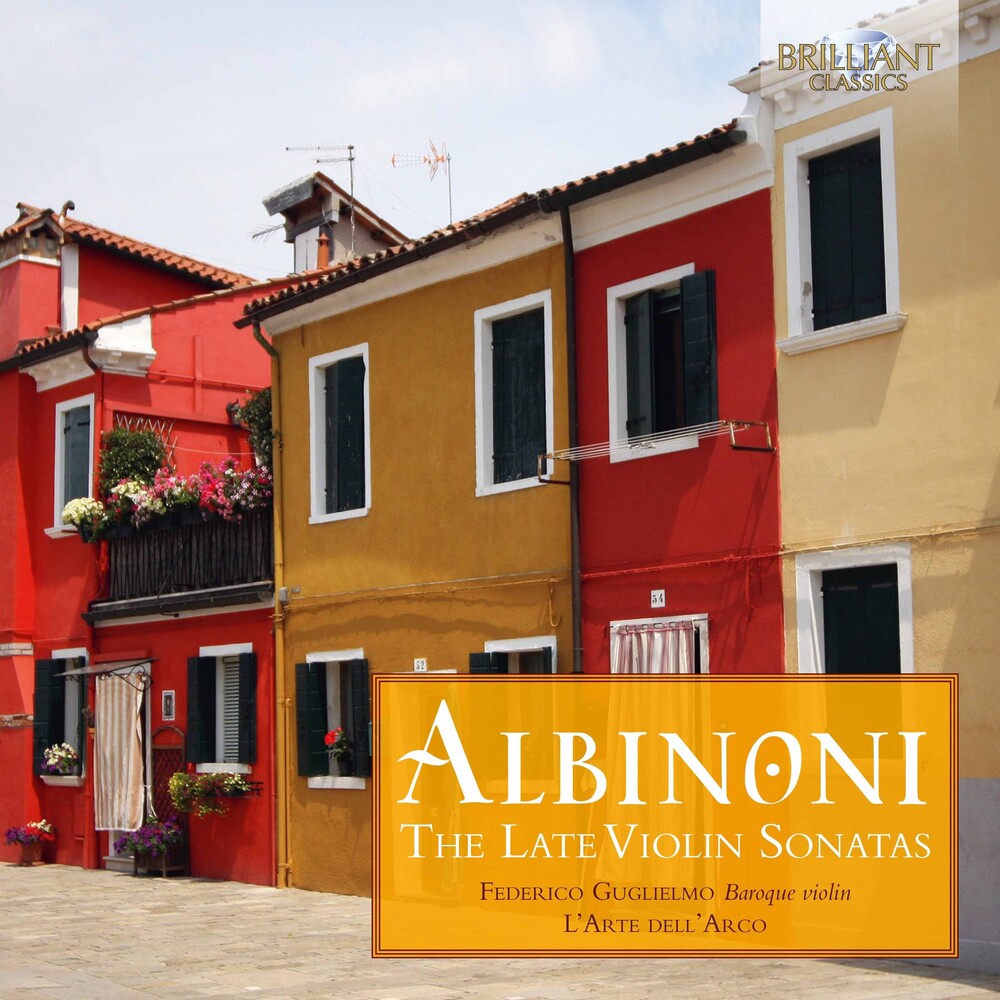 During Albinoni's lifetime (1671-1751) four separate collections of sonatas with violin were published under his name, though only the Trattenimenti armonici Op.6 were prepared by their composer. The works in Op.6 have accordingly dominated the record catalogues and obscured the virtues of the others, which Federico Guglielmo presents here with his customary flair and feeling for the Italian Baroque which has previously yielded the much-praised Brilliant Classics collection of Vivaldi's Opp 1-12 (95200) as well as the Op.1 Trio Sonatas (94789) by Albinoni himself. In common with Venetian contemporaries such as the Marcellos, Albinoni observed the conventions of post-Corellian sonata form: four movements configured Slow-Fast-Slow-Fast, where the first pair is more formal (dignified) in character and the second pair more informal (expressive). However, in vocal and instrumental music alike, Albinoni's style was highly individual, even slightly idiosyncratic: dignified, wary of technical or expressive excess and very attentive to the cantabile side of violin-playing. The sonatas here are drawn from the six Sonate da chiesa issued by the Amsterdam publisher Estienne Roger in 1707 or 1708; Roger's later collection of five Sonate a violino solo composed for the virtuoso Pisendel and augmented by a sonata by a Giovanni Battista Tibaldi; and then the six Sonates da camera brought out in 1742 by the Parisian engraver and music publisher Louis Hue. Both dates and even authorship of some of these sonatas remains uncertain, but only the third of the Sonate a violino solo has been omitted from this new recording as authoritatively attributed to the German-born composer Nicolas Pepusch. This recording is thoroughly illuminated by a new booklet essay from Michael Talbot, pre-eminent scholar of music in 18th-century Venice, and demands the attention of all Baroque-music collectors.