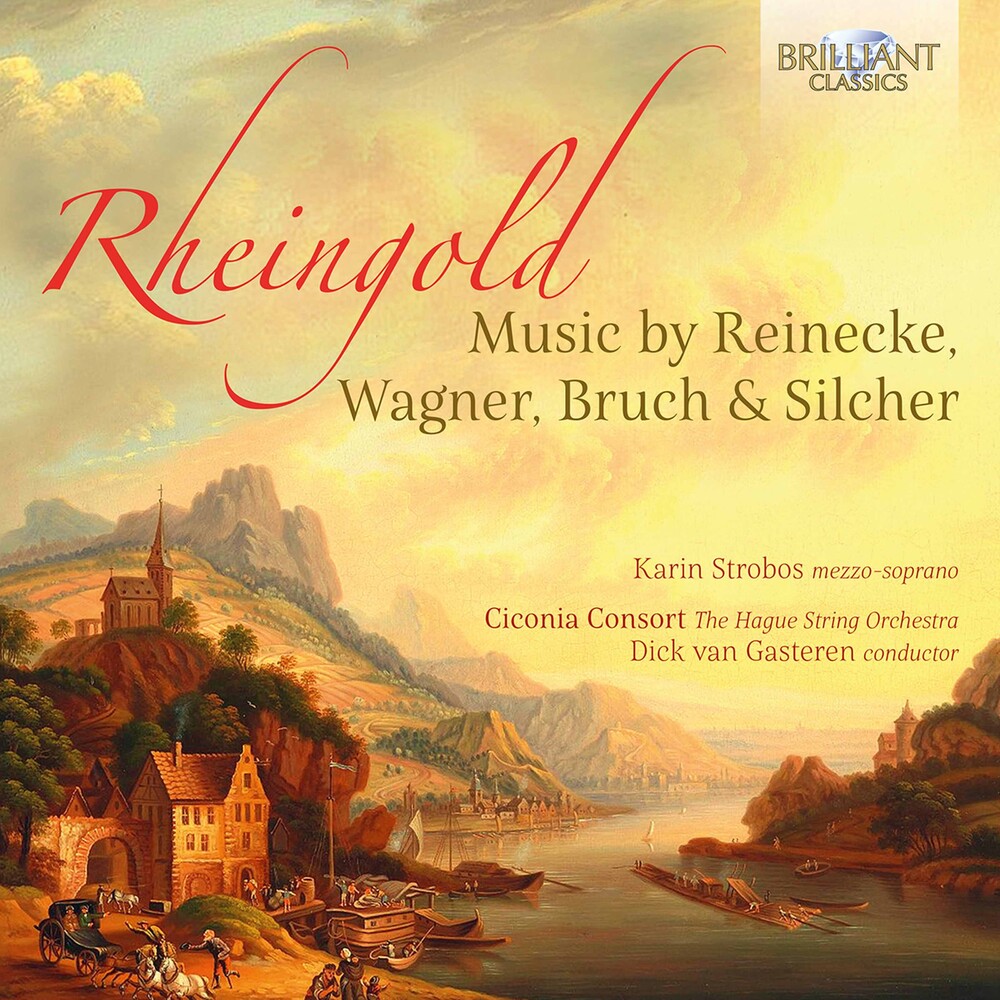 Previous Brilliant Classics albums by this Dutch string orchestra, based in The Hague, have focused on late-Romantic 'American Pioneers' (96086) and composers in early 20th-century Paris (95734). Under their founder-director Dick van Gasteren, they now turn to the rich history of Rhineland music from the high-point of it's immortalisation in operatic culture as the bedrock of Wagner's Ring cycle. Das Rheingold itself is present by implication in the cycle of Wesendonck-Lieder which Wagner composed on the shore of Lake Zurich, initially as sketches for Tristan und Isolde, which he had embarked upon as a venture to drum up interest and capital for the larger project of the Ring. Inspired by his intimate association with as well as the poetry of Mathilde Wesendonck, the wife of a wealthy silk merchant who was underwriting the composer's sojourn in Zurich, Wagner then developed the songs into a self-contained cycle which throbs with transfigured desire much like the opera. The cycle is sung here by the mezzo-soprano Karin Strobos, whose career was launched by singing Octavian in Der Rosenkavalier at the Netherlands Opera under Sir Simon Rattle. She also sings the album's notable rarity: a setting of Heine's Loreley text, which describes the mythical creatures who lure unsuspecting Rhenish sailors to their doom like Greek Sirens. Originally composed as a male-voice partsong by Friedrich Silcher (1798-1860), the song has been transcribed by Dick van Gasteren for Strobos and La Ciconia. Complementing the songs are two unfamiliar but attractive examples of late-Romantic German string music: the Serenade Op.242 by Carl Reinecke, and the Concerto for String Orchestra by Max Bruch. Neither work enjoys more than a toehold on the record catalogue, and this engagingly vivid new recording makes the most persuasive case for them.