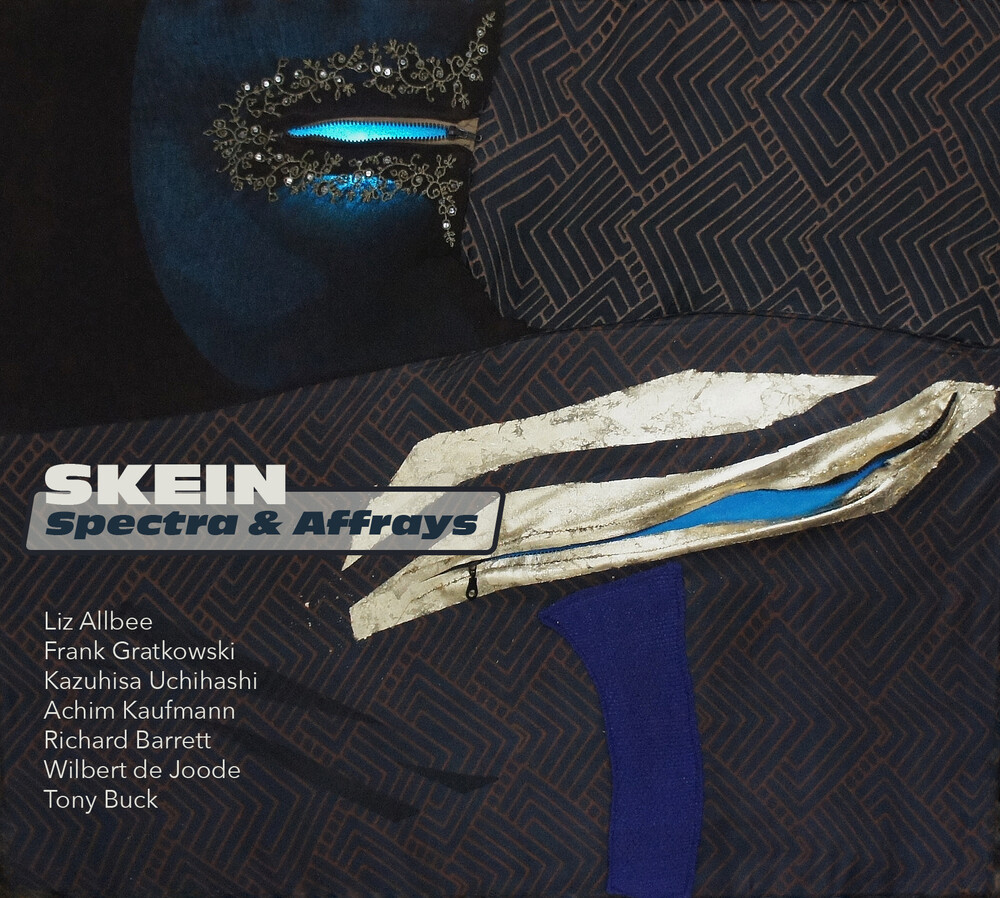 In early 2002, Achim Kaufmann, Frank Gratkowski and Wilbert de Joode first got together as a trio at a small venue in Amsterdam. Since then, the three musicians have been touring and performing internationally on a regular basis, while constantly developing, deepening and enriching their musical rapport now documented on five CDs so far: kwast on Konnex; Unearth on Nuscope; PalaĂ« and Oblengths on Leo Records; and GeĂ¤der on Gligg Records. To celebrate their ten-year anniversary as a trio in 2013, Kaufmann/Gratkowski/de Joode invited Richard Barrett, Tony Buck, and Okkyung Lee to form the sextet Skein which led to a series of concerts and a release on Leo Records in 2014. An extended version of Skein performed at the 2016 Berlin jazz fest, and the original Skein line-up came back together again to perform at the 2017 Kaleidophon festival in Ulrichsberg, Austria. In 2018 Skein performed the first time in the actual septet formation at the Konfrontationen Festival Nickelsdorf and in 2021 at the Klangspuren Festival Schwaz. "The music is very much like a chemical reaction as maybe seen from the inside. Sounds are discontinuous and fragmented; the decomposing anions and cations oscillate under their own electrostatic charges to form new links where they can, rather than where they are willed, until one must wonder if any of the equations will ever reach equilibrium. This is a fine album of startlingly free improvisation. It's spectacular." says Ken Cheeetham in Jazz Views.