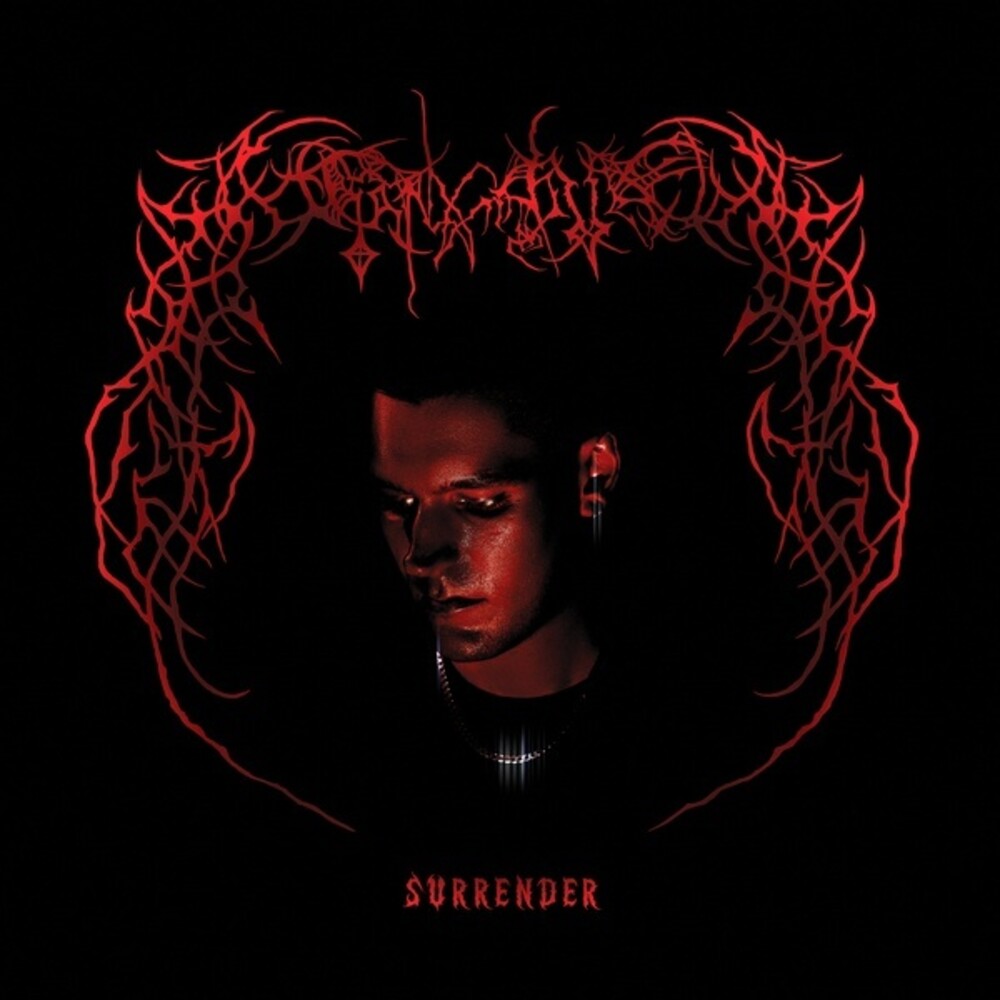 BLOOD RED VINYL. Surrender is the debut full length from DJ, producer, and songwriter Endgame. Stepping out for the first time as a vocalist, and lyricist, Surrender is his most ambitious and vulnerable work to date; a striking statement of intent, with moments of beauty and brutality. Endgame has carved an iconoclastic niche in club culture. Breaking into the scene as co-founder of the legendary collective Bala Club, and resident of the radical club-night Endless. Whilst continuing almost a decade hosting his infamous NTS radio show (and now label) Precious Metals, he has forged a path against the tide of formulaic club music. A visionary DJ and producer, Surrender sees Endgame continue this trajectory, with a project that both amplifies the ferocious club constructions he's known for, whilst making space to open up wounded memories and with sombre unfeigned requiems. Having previously released records on Hyperdub, PTP, Golden Mist and Infinite Machine, Endgame's first release on his own Precious Metals imprint, is him at his most reflective. Surrender is a deeply personal record, about loss and finding meaning in despair. Death is a prevailing theme, with the passing of his father a totemic subject. The recollection of his father's torturous final moments leaves him to mournfully contemplate temporality. Using this sense of anguish, he blurs reality-creating a world where angels and demons are among us in a decaying cityscape; akin to the work of Todd McFarlane. The opener Faithless, propels us into this world, with the slow build of industrial precision amidst the sombre build of harsh melodic synths. We descend deeper into this vision with Barbed Heart, featuring a defining vocal from scene staple and long time collaborator Yayoyanoh, as 808's and skittering hi hats ricochet off one another beneath his bass driven vocal. No Heroes continues our journey into the unknown with a chaotic rush of acidic riffs, pounding percussion, and a reference to the brutalist anthem from hardcore punk band Converge (where the track borrows it's name). Requiem acts as the turning point of the record as Endgame steps into the foreground as a vocalist. As the name suggests, this lament is a sombre reflection of grief; it's minimalist instrumental allows Endgame's haunted verse to rise into the foreground, like an apparition amidst the smoke in the depths of a dimly lit club. The dark clouds fade into the distance in Exhumed, as the elegant melancholic vocal of Bala Club affiliate and gifted vocalist Organ Tapes reflects off Endgame's sanguine verses bringing hope into the heartfelt instrumental filled with melodic flourishes and bass-bin rattling subs. The thematic haze thickens in Abyss, as the pulsating and doom laden instrumental interweaves with Endgame's sepulchral vocal. Like a message from the void, his words act as an agnostic hymn that pulls apart his sense of self. The contrast of his plaintive verse with the intensity of the instrumental creates a contrast that is symbolic of the record itself, a duality that presents moments of soft reflection against a severe sonic palette to create moments of transcendence.