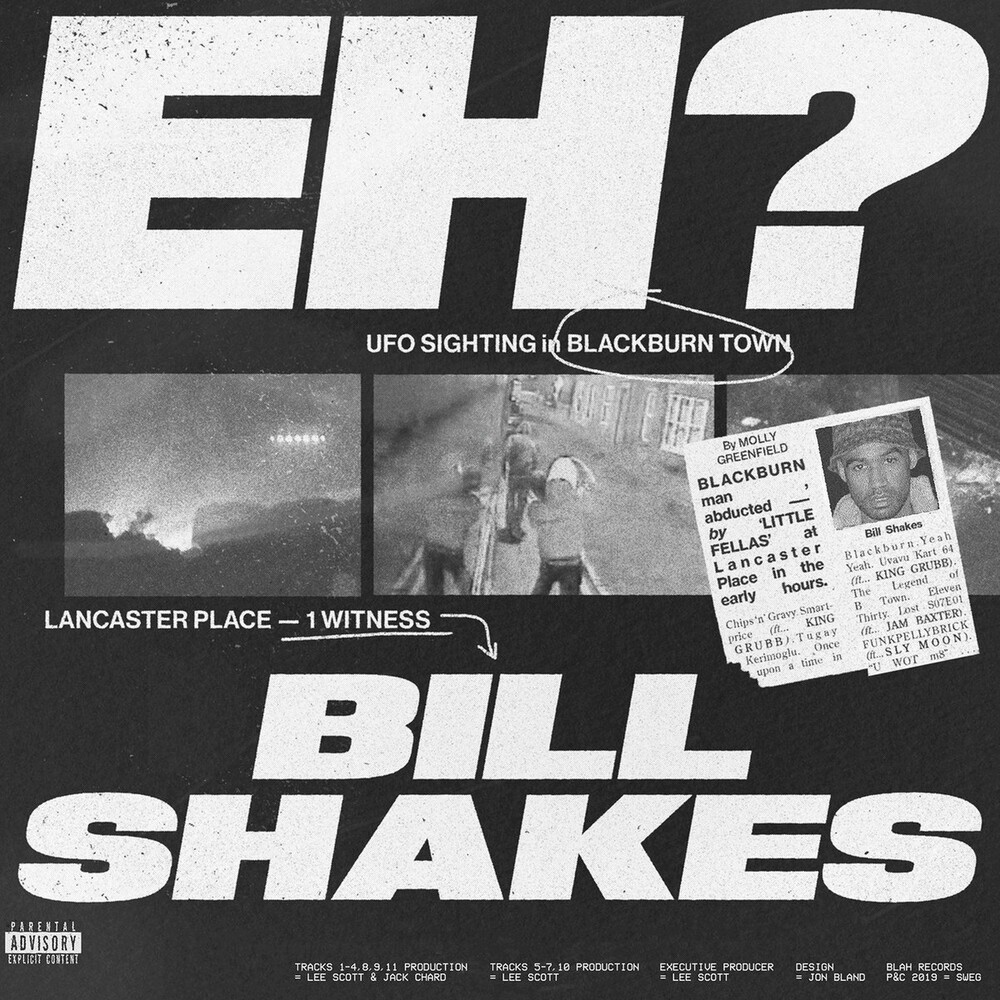 The Blackburn Bomber aka Bill Shakes, fresh from a week of intense Krav Maga training, took enough time out from "equalising" and "regulating" and meal-planning to release his second ever debut rap album 'Eh?'. A light-hearted and often comical yet not-to-be-messed-with summary/tribute to life in the gritty northern town of Blackburn, which Shakes is a native of. True stories, anecdotes and unique catchphrases and slang galore; Bill Shakes is strongly repping Blackburn, England using advanced rap skills and delivering with that unmistakable personality and Lancastrian drawl. All this against a backdrop of progressive and varied music production handled by Lee Scott and Jack Chard. An original Blah Records and Children of The Damned member for more than 12 years, yet this is Bill Shakes' first ever second solo album, quite rightly exciting the Blah Records core fanbase. This is his story.
120 East Washington Street, Goshen, IN 46528 574-971-8282 Store Hours Monday-Thursday 10:30-5:00, Friday-Saturday 10:00-8:00.