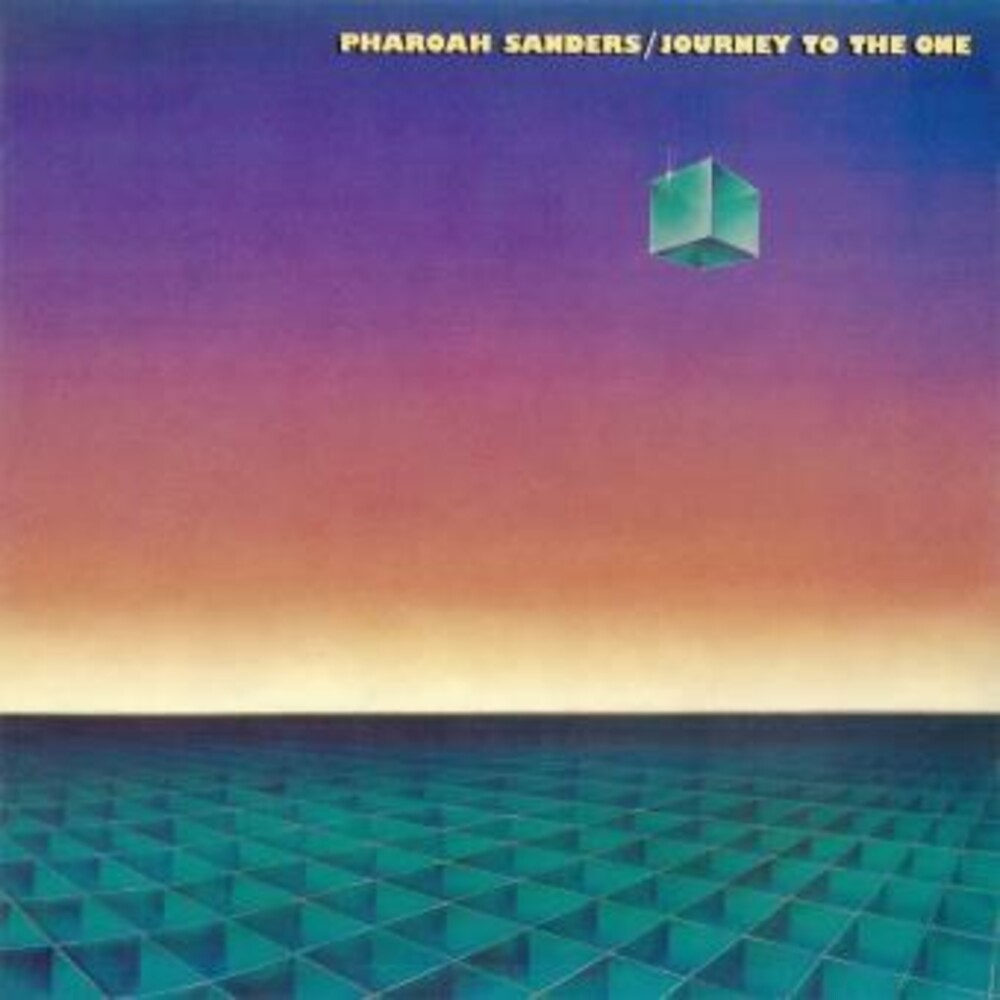 By 1980 when this was originally released Pharoah Sanders was solidly entrenched with his own voice on tenor. The passing of John Coltrane and Sanders's fruitful years of playing with the prolific saxophone genius resulted with an unmistakable influence on his sound and explorations of the instrument. Beginning with 'Greetings to Idris' the structure of the music is one that follows tradition yet opens up for the musicians to improvise within the arrangements. 'Greetings to Idris' is in reference to the featured drummer Idris Muhammad who also played with Coltrane during his late period. Naturally Sanders is featured as the main instrument and his horn can be bold and demanding of your full attention. Always interested in other instruments from other cultures, much like Trane, he incorporates the Japanese instrument the koto, a beautifully harmonic stringed instrument to counter his soft rich blowing on tenor with only wind chimes and a harmonium for a delicious peaceful bit of music on 'Kazuko'(Peace Child) that has the qualities of a meditative offering. Most of the music, eight tracks, is composed and arranged by Sanders and demonstrates his leadership. There is one John Coltrane composition entitled 'After The Rain' that gets the Tranesque treatment by Sanders that makes it hard for even the most discerning listener to distinguish between the original version and Sanders impression. It is a bluesy duet featuring only sax and piano and leaves you wanting to hear it over and over again because of it's simple and haunting melodies. Another song that Coltrane recorded entitled 'Easy To Remember' has a gentle swing to it built around a classic quartet (drums, bass, piano, sax) like that employed by Coltrane that results in a superb standard. Sanders incorporates the use of another 'foreign' instrument to jazz by working in a tabla and sitar on 'Soledad ' that takes center stage before Sanders joins in on the music. The result is a thing of genius as the East and West merge and interface for composition that is peaceful. Sanders music on this LP fluctuates between the tranquil sounds of his mellow horn to the outer limits where he left off with the explorations of Trane's late period. What separates this LP from others is that it is a group playing under his leadership where he gives all others close to equal billing. The uptempo, 'You've Got To Have freedom' is one such song where Sanders gets out there on some of his solos but works within the group structure as the other musicians, most notably Eddie Henderson on flugelhorn, bring the music back home. There is a chorus sung much of the time throughout where the the proclamation 'Ya gotta have peace and love, ya gotta have freedom' is presented in Manhattan Transfer style but with much more soul. The use of vocalists is done again on the track entitled 'Think About The One.' The chorus features vocalese specialist Bobby McFerrin. This LP shows the different sides of Pharoah Sanders, a man always willing to explore the music, explore his soul and share it with you. The closing track 'Bedria' is a mellow exploration of the various ranges of the tenor. It is a ten minute song that displays all the grace of his being, a gentle giant who can manipulate the horn to do extraordinary things, reverberating out and back in undulating waves of harmonic bliss. Sanders on this LP is next to perfect. One of his best recording from his post Impulse career. It belongs in your jazz collection right next to John Coltrane.