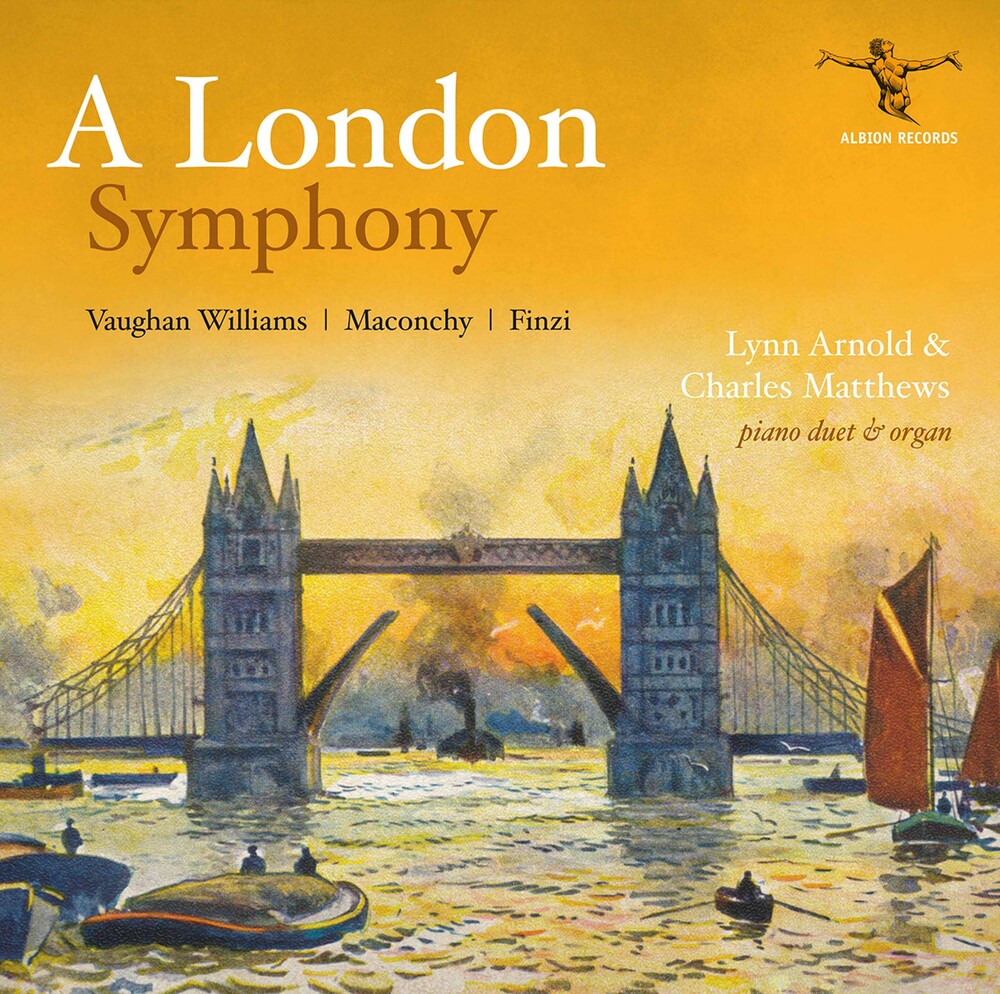 The heart of this album is Archibald Jacob's 1924 arrangement of the 1920 version of Ralph Vaughan Williams's 'London Symphony'. This is a work that uniquely conveys the atmosphere of a city now changed almost beyond resemblance; and yet the work, like all great music, is beyond both time and place. The piano duet recording reveals details that sometimes pass us by in the orchestral score. Elizabeth Maconchy was both a pupil and friend of Vaughan Williams. Her unpublished 'Preludio, Fugato e Finale' was written in 1967 for Richard Rodney Bennett and Susan Bradshaw, who performed it in the Wigmore Hall in 1968, eliciting praise from the great critic Felix Aprahamian. Finzi's 'Eclogue', developed from a surviving movement of an unfinished piano concerto, is popular today. Lynn and Charles pioneered this arrangement in Holy Trinity church, Stratford-on-Avon - but we had to go to Rugby School to find someone willing for their Steinway to be tuned up to blend with the organ. Lynn Arnold is well known for her collaborative musicianship and for her commitment to advocating and performing British music. An alumna of Cambridge University where she held a celebrated Instrumental Award, Lynn won much recognition in various competitions during her subsequent study at the Royal Academy of Music, not least the prestigious Sir Henry Richardson Award from the Musicians Benevolent Fund. Charles Matthews studied at the Royal College of Music, London, and was an organ scholar at Trinity College, Cambridge. Charles has won numerous awards, perhaps most notably first prize in the 1999 Franz Liszt Organ Interpretation Competition in Budapest. Lynn and Charles have performed as a duet across England for some years. They have explored and performed much of the core repertoire for this ensemble in terms of both original compositions and transcriptions.