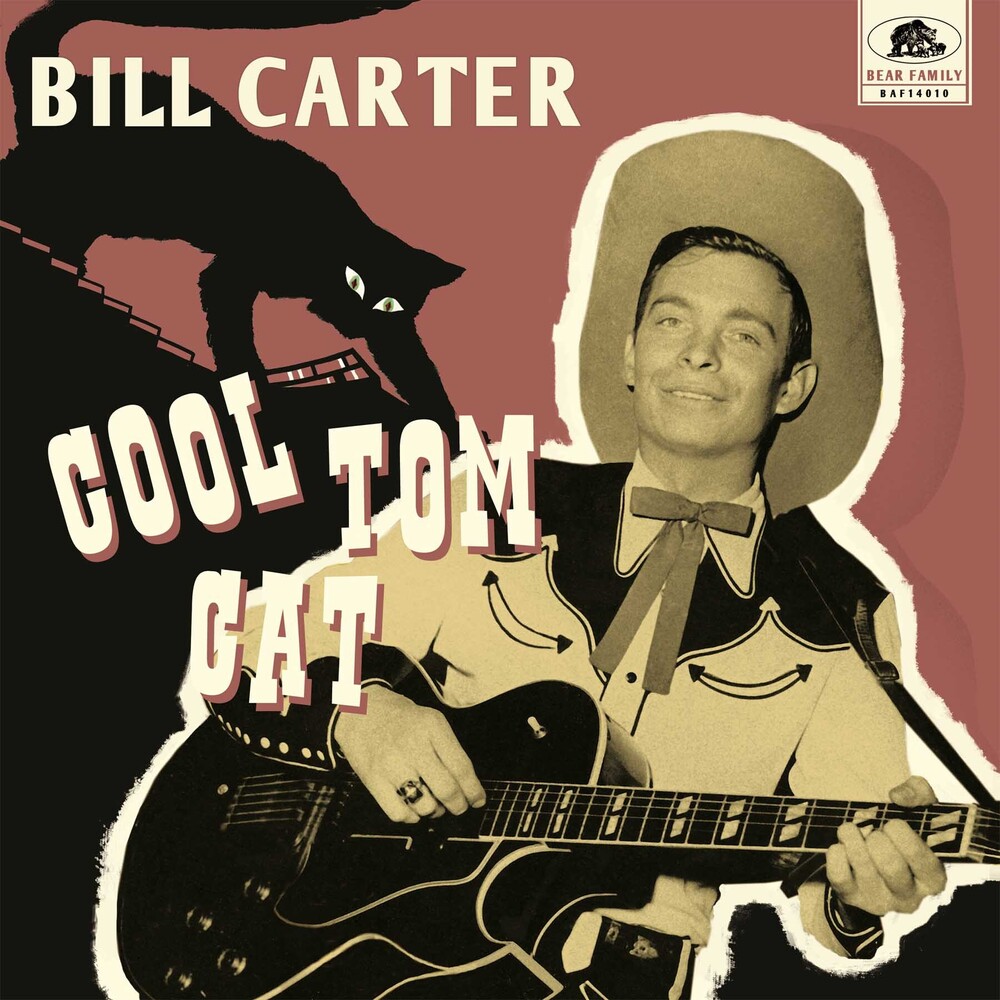 Great rocker from Arkansas!-Luxury edition consisting of a 10" vinyl LP plus CD with large-format booklet - containing all his rockers from 1954 to 1961!-For example: recordings for 4-Star Records with the Carolina Drifters.-The CD contains bonus tracks by Bill Carter and the Carolina Drifters as well as all the rockers released on the Indio label by Clyde Arnold and Ray Smith, among others.-Carter was rediscovered by Mark Lee Allen, who interviewed him several times and wrote the booklet introduction.-Bill Carter has personally supported our project!-Roland Heinrich wrote the detailed liner notes.Bill Carter was born in 1929 in Eagleton, Arkansas, moved with his family to Oklahoma in 1937 and six years later to Indio in California. His family encouraged his interest in music at an early age and provided funding for singing lessons when Bill was in his teens. Local radio stations presented him before he joined the US Air Force in 1949. During his military service in California he formed his first C&W bands and performed in the San Francisco area and even at a radio station in San Antonio, Texas.After completing his military service in 1953 Carter joined Jim DeNoone's country band as a singer and performed at the 'California Hayride' in San Francisco. In the same year, Bill Carter was the vocalist on the band's recording sessions for Gilt-Edge Records. Finally, he formed his own trio, with whom he worked regularly over the next five years, pursuing the goal of becoming known beyond the local area. Between 1956 and 1961, Carter recorded under his own name for small and medium-sized labels such as 4-Star, Republic, Tally, Black Jack, Honey B, 'D', Rural Rhythm and Ozark. The up-tempo number 'I Wanna Feel Good', produced for Tally in Bakersfield, California in 1957, became his biggest hit and opened the doors to the 'Louisiana Hayride' and the 'Grand Ole Opry'. Finally, in 1959 he ventured into Rockabilly and recorded 'Cool Tom Cat'.
120 East Washington Street, Goshen, IN 46528 574-971-8282 Store Hours Monday-Thursday 10:30-5:00, Friday-Saturday 10:00-8:00.