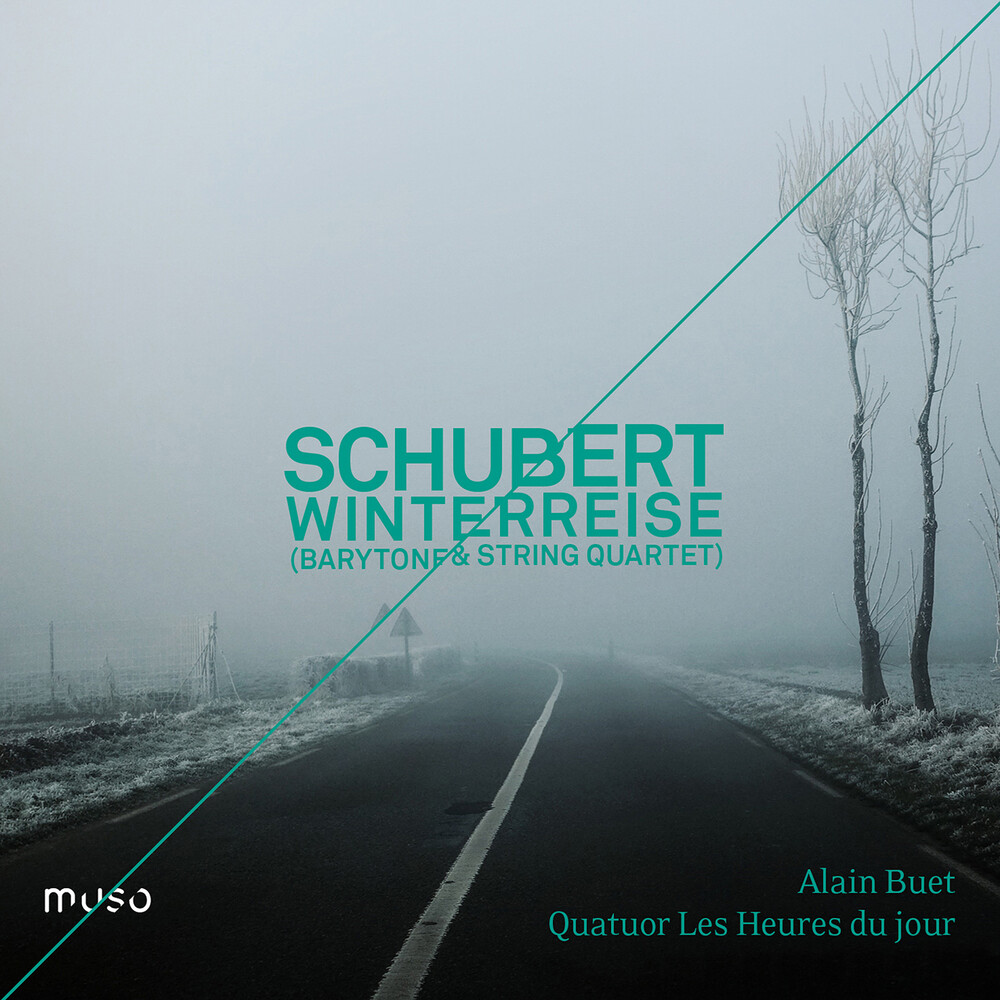 Far from being prejudicial to the work's integrity, a transcription of Winterreise for voice and string quartet follows a tradition that enabled the music of Schubert, from 1830, to spread throughout the whole of Europe. The lieder in particular were the object of the most diverse adaptations, with the voice replaced by a cello, a violin, a horn or even a cornet, and the piano part at times orchestrated. Such an approach is therefore perfectly "authentic", even if the juxtaposition of a string quartet and the lied is not the easiest to deal with; the first indeed embodies a noble genre, scholarly, elaborate in style, stylistically complex, whereas the second remains attached to it's popular origins and to a simplicity in both the vocal part and the accompaniment. However, in this transcription by Gilone Gaubert, the wager has paid off and a new color has been given to Schubert's absolute masterpiece. The passage from piano to strings does not imply merely a change of tone-color: if the keyboard's percussive quality is lost it is in favour not only of the ability to sustain a note but also to vary it's color and intensity during it's duration, resulting in very different phrasings and effects. It is thus a transformed expressivity that guides this transcription, as well as a modification of the overall resonance. The warm, clear voice of the baritone Alain Buet, accompanied by the quartet Les Heures du jour, invites you to delve into this world premiere in a rediscovery of no doubt the most accomplished cycle in the repertory of the lied.
120 East Washington Street, Goshen, IN 46528 574-971-8282 Store Hours Monday-Thursday 10:00-8:00, Friday-Saturday 10:00-9:00.