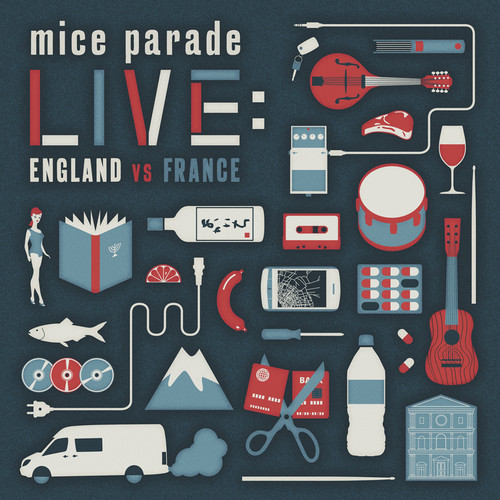 Live: England vs. France was recorded on the group's 2010 Europe tour, mostly at shows in London and Tourcoing, with one song taken from Vendome. This limited edition release, which features songs ranging from 2005's Bem-Vinda Vontade album through to the present era, is being issued as a one-time pressing in conjunction with a short U.S. East Coast tour this spring. The next Mice Parade studio album, Candela, will be released in October, when the full band will once again get back on the road for a worldwide tour.
120 East Washington Street, Goshen, IN 46528 574-971-8282 Store Hours Monday-Thursday 10:00-8:00, Friday-Saturday 10:00-9:00.