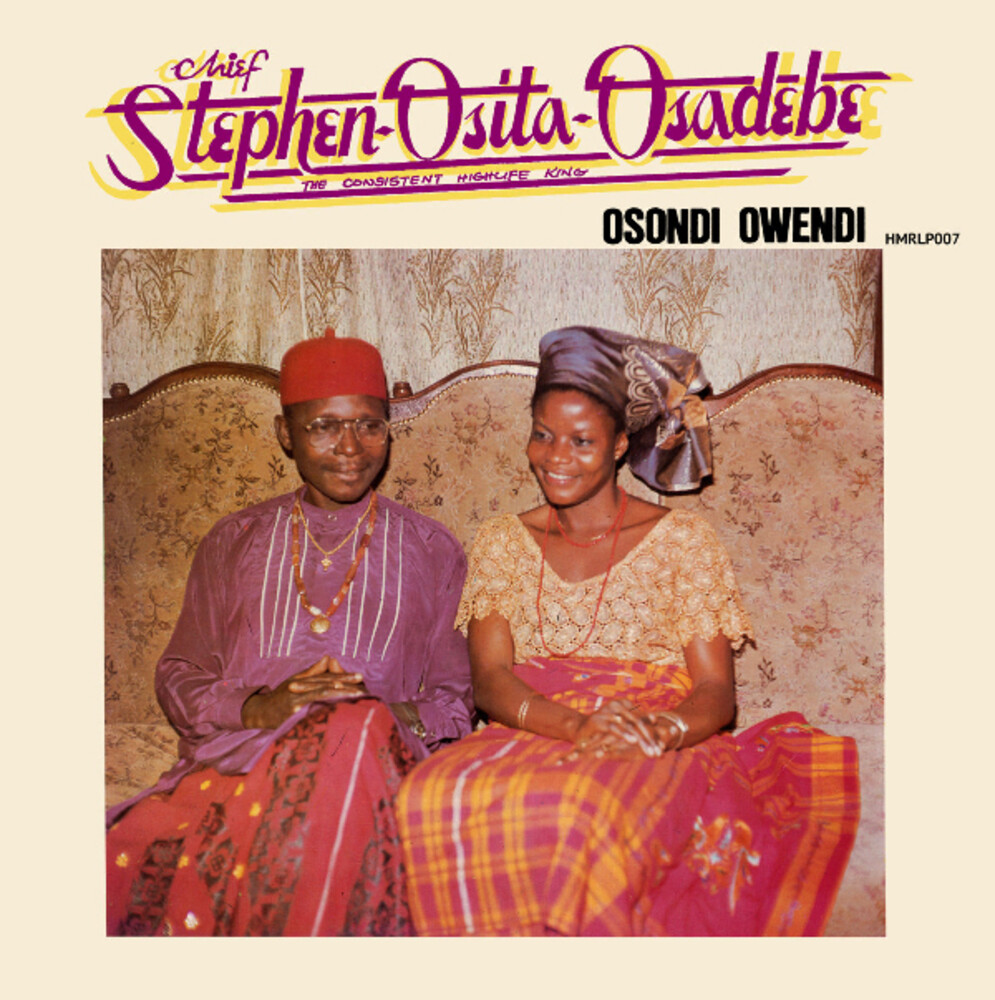 "Osondi Owendi. What is cherished by some is despised by others. One man's meat is another man's poison. Different strokes for different folks. To each their own. Osondi Owendi. It's a conventional aphorism in the Igbo language but if you utter the word 'osondi owendi' in Nigeria today, the first thing that comes to anybody's mind is the cucumber-cool highlife music maestro Chief Stephen Osita Osadebe and his legendary album that takes it's name from the adage. Released in 1984, Osondi Owendi was instantly received as Osadebe's magnum opus, the crowning event of an exalted career stretching back to the early years of highlife's emergence as Nigeria's predominant popular music. Stephen Osadebe first appeared on the music scene in 1958 as a spry, twenty-two year-old vocalist in the Empire Rhythm Skies Orchestra, directed by bandleader Steven Amechi. With his dapper suits, urbane Nat King Cole-influenced vocal stylings and jaunty, up-tempo, calypso-scented dance tunes, he personified the frisky spirit and anxious aspirations of a young, educated generation that had come of age in the wake of the Second World War... 1959 would be the year that he truly made his mark in the business with his debut solo single 'Lagos Life Na So So Enjoyment'. A giddy exhortation of the music, sex, fun and freedom availed by life in the big city, the song became a sensation and an anthem, and Stephen Osadebe became the leader of his own popular dance band, the Nigerian Sound Makers... As Nigeria emerged from a devastating civil war, so did a new generation of youth inspired by rock and funk, confrontational sounds reflective of a more violent, less idealistic era. All of the sudden, the idioms of the post-WWII dance orchestras that nurtured Osadebe's cohort seemed quaint, the stuff of nostalgia. Osadebe needed to evolve to respond to the new tumultuous, turned-up times... Abetted by a new crop of fire-blooded young players, Osadebe slowed his music to a mellow, meditative tempo, brought forward the lumbering, Afro Cuban-accented bass and percussion, from the rockers he borrowed searing lead lines on the electric guitar. Over this musical bedrock, doesn't so much as sing as he dreamily muses, coos, sighs aphorisms, words of wisdom and inspiration... Osadebe christened the style oyolima - a tranquil, otherworldly state of total relaxation and pleasure. Osondi Owendi represents oyolima at it's finest, and possibly Nigerian highlife in epitome." -Uchenna Ikonne, June 2019
120 East Washington Street, Goshen, IN 46528 574-971-8282 Store Hours Monday-Thursday 10:00-8:00, Friday-Saturday 10:00-9:00.