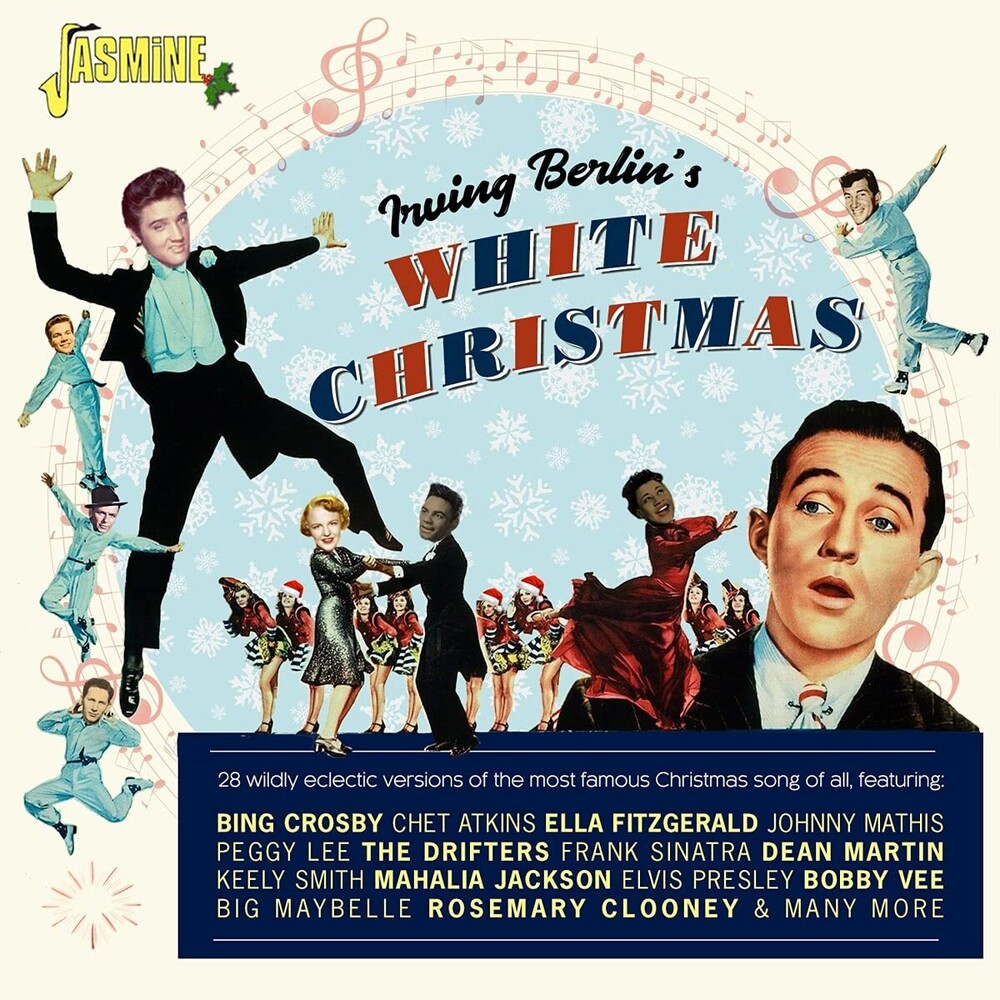 WHITE CHRISTMAS' is arguably the most famous song of all time; certainly it's the biggest seller, and it's probably also the most-recorded.. The original recording was, of course by Bing Crosby, whose version has sold in it's countless millions over the ensuing seventy-nine years. It's writer, IRVING?BERLIN, was famously the only Oscar presenter ever to open the envelope to read out his own name as the winner, when it won the Academy Award for "Best Original Song" in the 1942 movie Holiday Inn. It soon became established as a "Standard" and was regularly revived throughout the 50s, by artists as diverse as Elvis Presley, Frank Sinatra, The Ravens, Ella Fitzgerald, Mantovani, Emile Ford, Peggy Lee, Chet Atkins, Les Paul & Mary Ford, Mahalia Jackson, The Drifters, Walter Brennan, Big Maybelle, Bobby Vee, Sister Rosetta Tharpe, and many more. This inspired compilation presents twenty-eight memorable versions; nine male vocalists, seven female vocalists, seven vocal groups/duos, five instrumentals.