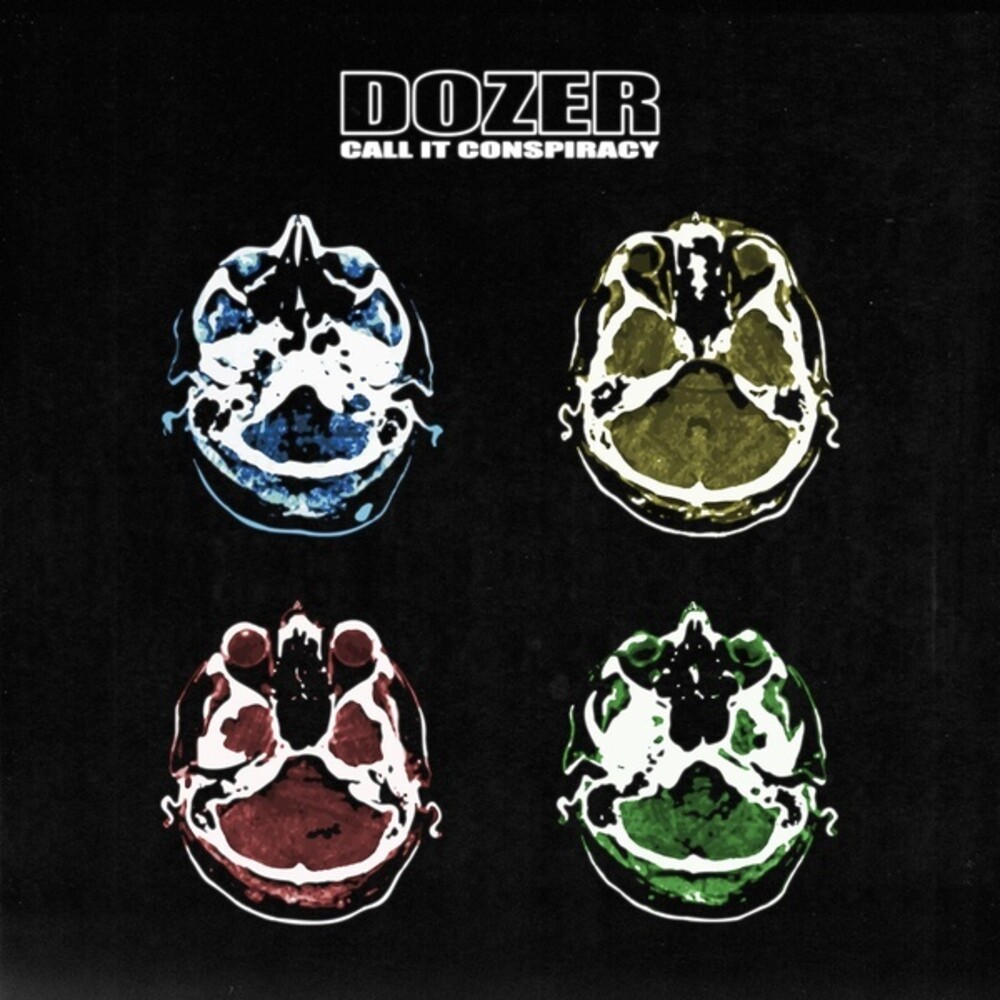 Double LP version. Green vinyl. Heavy Psych Sounds reissue the first three albums of the Swedish legendary band Dozer: 2000's In The Tail Of A Comet (HPS 122CD/LP/COL-LP), 2001's Madre de Dios (HPS 123CD/LP/COL-LP), and 2003's Call It Conspiracy. Three masterpieces of the European stoner scene. These three records elevated the scene to a higher level and gave Dozer the scepter of the Scandinavian stoner movement. In the post-Kyuss era, Dozer, along with bands like Los Natas and Acid King, brought a flurry of pure, desert-style monolithic riffs and tons of fuzz guitars. The songwriting on all these three albums was what really distinguished Dozer from the other bands of the early 2000s. The band had a very big influence on the European stoner bands and it can definitively be said that Dozer are one of the European stoner godfathers. Dozer's last album was Beyond Colossal in 2008, and it's unknown if they will ever return back with a new release. But in the meantime enjoy this special "threesome"... Double-LP versions available on standard black vinyl and green vinyl; include one bonus track. As with hundreds of other young Swedish bands, Dozer was the obvious answer to the boredom of a small town youth in a land where the sun seldom visits. After forming in 1995, Dozer emerged in 1998 with their debut 7" which was awarded "Single of the Week" in Kerrang! Magazine. Dozer quickly progressed beyond their early influences and created a style of their own incorporating modern elements into their classic heavy rock sound. A sound that always has been intensely heavy but yet also strongly song and melody driven by the distinctive vocals of singer Fredrik Nordin. Dozer has carefully cultivated a following like none other and a reputation second to none due mostly assuredly to their constant touring and explosive live shows. These simple Swedes have established themselves as a force to be reckoned with in the world of stoner rock, often placed upon the same pedestal as the fathers of the movement: Kyuss and Monster Magnet. With the release of their fifth full length album Beyond Colossal, these sons of Sweden seemed poised to teach the Underground a lesson or two about what Rock and Roll is all about. After a hiatus the band came back again with some live shows over the last years.
120 East Washington Street, Goshen, IN 46528 574-971-8282 Store Hours Monday-Thursday 10:30-5:00, Friday-Saturday 10:00-8:00.