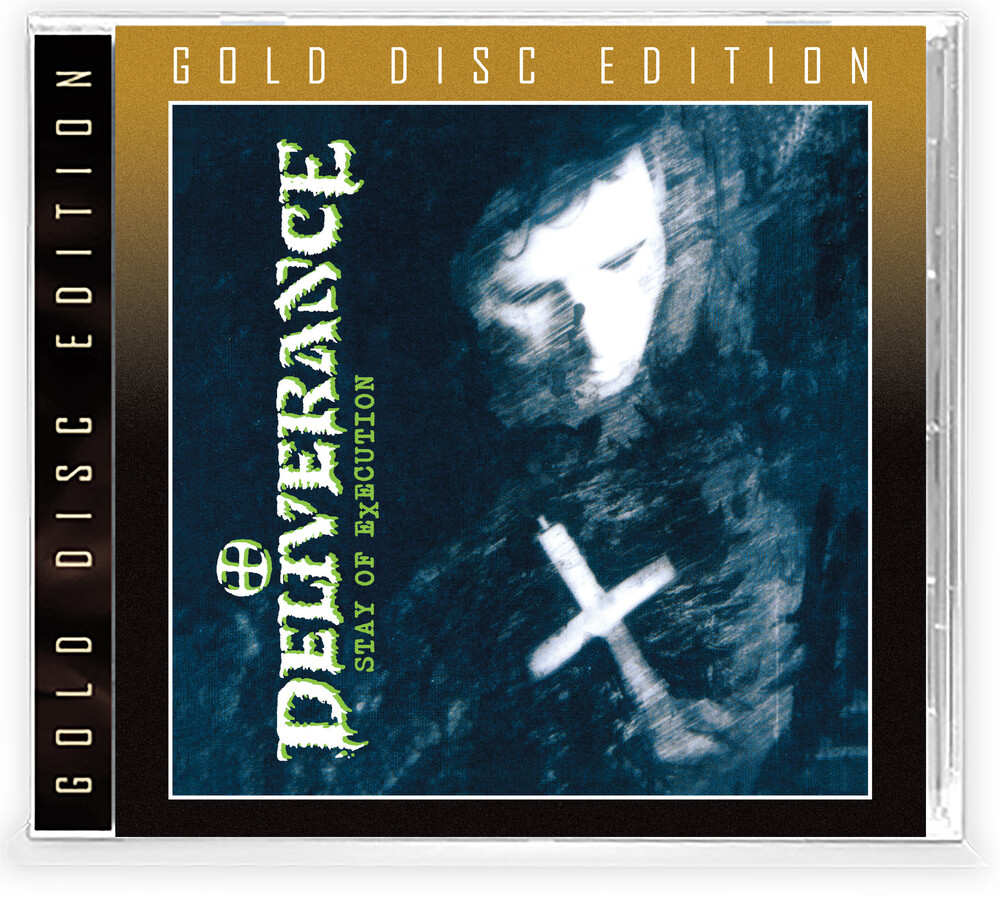 Some monumental progressive thrash that delivers a multitude of metallic fury in exquisite fashion. Stay of Execution launched the band one step towards the era that would be known as the creative years, while maintaining the epic metal sound that fans expected. The hooks, the riffs, the lyrics all took fans by surprise. We had never heard such artistic thrashing before, and boy, did Stay of Execution hit the spot! The gold disc edition is limited to just 300 copies, 6 panel fold with band pics, and remastered from scratch for the maximum ear candy experience. Formed in 1985 in Southern California, Deliverance was one of the earliest speed metal bands on the scene to be overtly singing about Christian ideology. Their self-titled album and the follow-up Weapons of our Warfare are considered classics of the speed metal genre. Their third album titled What A Joke featured several short joke songs, several very cool cover songs, and lots of epic thrashing..Stay of Execution was the fourth album from Deliverance and featured a new line-up. Replacing guitarist George Ochoa is shredder Mike Phillips. Bassist Mike Grato (ex-Recon) is on board for part of the writing and recording but is replaced by original bassist Brian Khairullah. Stay... marks a return to form, even if it strays from the strict speed metal definition. This album features more focused song-writing and avoids the silliness of What A Joke. It's also slightly more technical and melodic than any of their past albums. The music is driven by some big, killer riffs given life by a beefy Mesa Boogie guitar tone. The album introduced us to Jimmy Brown's new "David Bowie" vocal style. "Ramming Speed" is a killer, SLOW and plodding song! (Ironic title, huh?) "Entombed" is a full on speed metal onslaught. "Stay of Execution" is still one of the best Deliverance songs ever - featuring a huge riff and even bigger hook. The remix of "Weapons" was an attempt by the original record label to keep the MTV music video alive.Stay of Execution remains a favorite of both critics and fans. Few albums deserve the Retroactive Records Gold Disc Edition treatment more than this one. Stay... remains a critical part of Christian heavy metal royalty, taking heavy music to places no one ever thought possible.