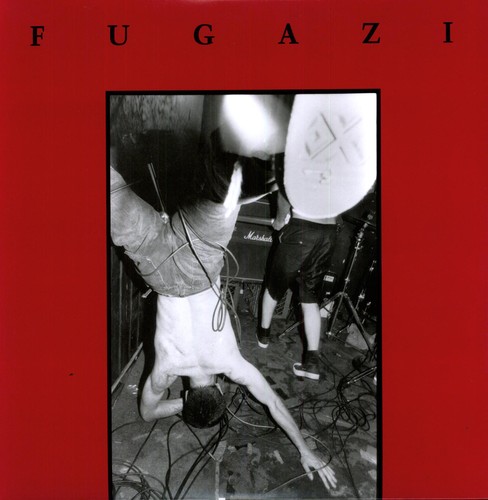 Fugazi, also officially referred to as 7 Songs, is the first, self-titled EP by the American post-hardcore band of the same name. Unlike all other Fugazi releases, Guy Picciotto did not contribute guitar to this record; all guitar was performed by Ian MacKaye. It was originally recorded in June 1988 and released in November 1988 on vinyl and again in 1989 on the compilation release 13 Songs along with the following EP Margin Walker. The photo used for the album cover was taken on June 30th, 1988 at Maxwell's in Hoboken, NJ. The release features "Waiting Room" which is often seen as the band's most well-known song (later covered by artists as diverse as Red Hot Chili Peppers and The Wildhearts), notorious for "the attention-getting drop into silence that occurs at the 22-second mark" as well as for it's "relentless ska/reggae-inflected drive", and "Suggestion", a "Meters-meets-Ruts thrust."