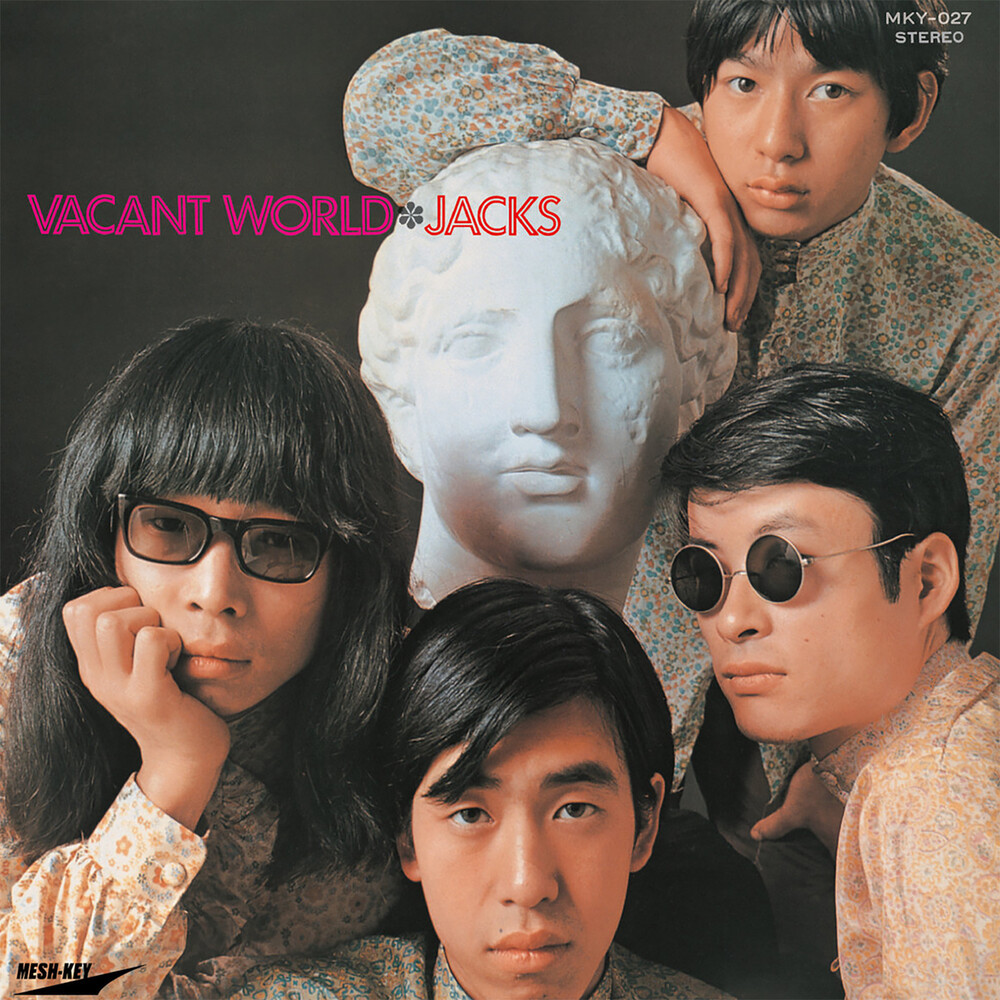 Arriving on the Japanese music scene during the Beatles-inspired cover band boom of the late '60s, Jacks instantly distinguished themselves from their fluff-peddling, copycat peers with stripped-down, original compositions, nihilistic lyrics and raw performances. Their tenure was short - '67 to '69 - but Jacks managed to cut a handful of singles and two albums in that time, the first of which, Vacant World, is now widely considered in Japan to be one of the greatest rock albums the country has ever produced. The combination of Yoshio Hayakawa's arresting baritone and austere guitar work, drummer Takasuke Kida and upright bassist Hitoshi Tanino's jazzy, loose interplay, and lead guitarist Haruo Mizuhashi's searing fuzz leads was alchemical, and Vacant World captured the band at the peak of their powers.