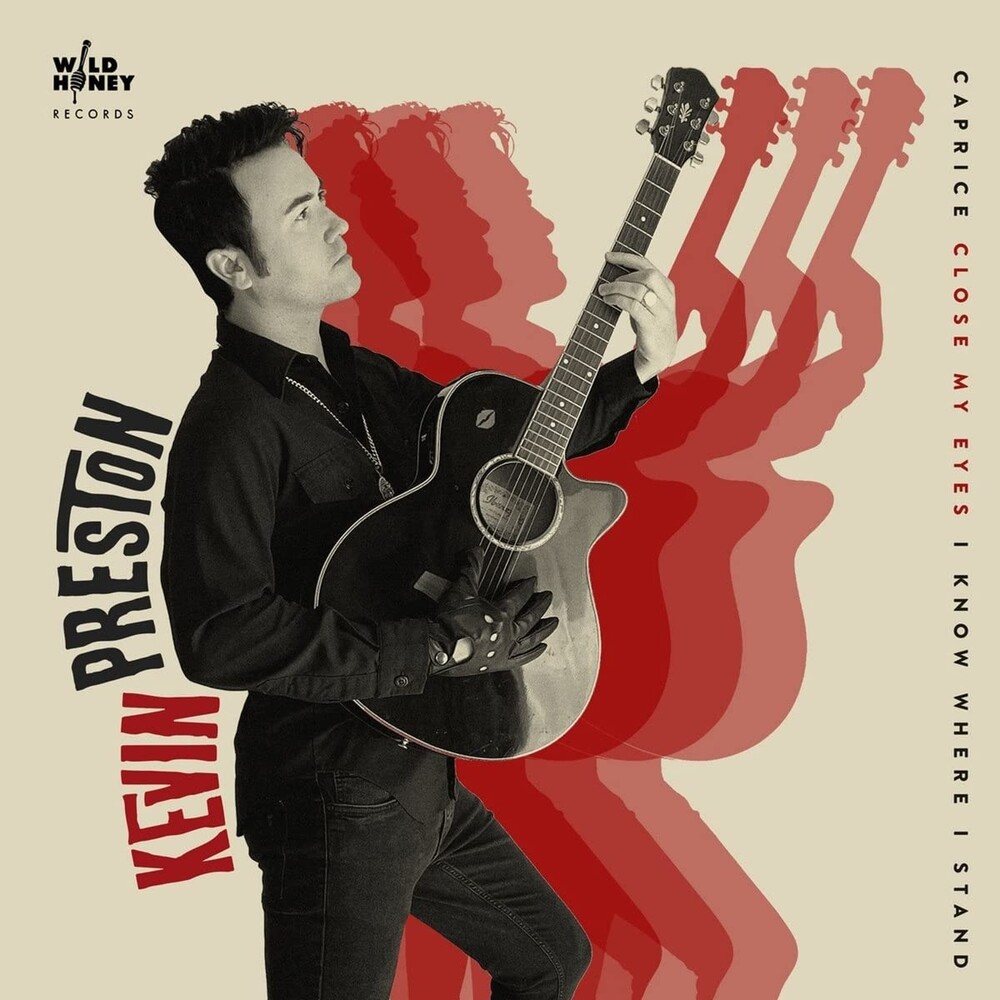 Calling all old souls, wild childs & real gone gals, here comes the brand spankin' new solo debut from Kevin Preston (PrimaDonna/Green Day, etc.)! It's a hot shot of new-old-stock rock n roll that rolls as much as it rocks; strolls as much as it struts; and shuffles as much as it stomps. Close My Eyes slow-burns like a long drag on a Lucky Strike. I Know Where I Stand channels the spirit of fellow Valley boy, the late Ritchie Valens. Caprice is a slapback-drenched rockabilly rave up that sounds like a rumble between the ghosts of Alan Vega, Vince Taylor & Gene Vincent. Kevin cut his teeth in the early 2000's as a teenager playing guitar in a revamped lineup of original 70's-era Los Angeles punks The Skulls. Then he started up the rock group Prima Donna, moving to center stage as lead singer. Prima Donna toured relentlessly, slowing down only to knock out a few records along the way & strike up a band-romance with Green Day who took them on tour a few times. That connection led to Kevin joining forces on guitar with Green Day frontman Billie Joe Armstrong on two side-hustle bands over the years; Foxboro Hot Tubs (in 2008) and The Longshot (in 2018). In 2019, Kevin joined the Green Day band as touring guitarist/backing vocalist. I was at Dodger Stadium the last time I saw Kevin Preston. There he was, that sweet kid from the Valley who I met at the turn of the century when we were on the Warped Tour together, now plying the boards at Chavez Ravine with Green Day. Man, the fuckin' Beatles played their 2nd to last show ever there back in 1966! But along with all that stadium rock, our boy is now moonlighting as a solo artist & going back to the basics... So, dig these new numbers & enjoy the ride, baby!