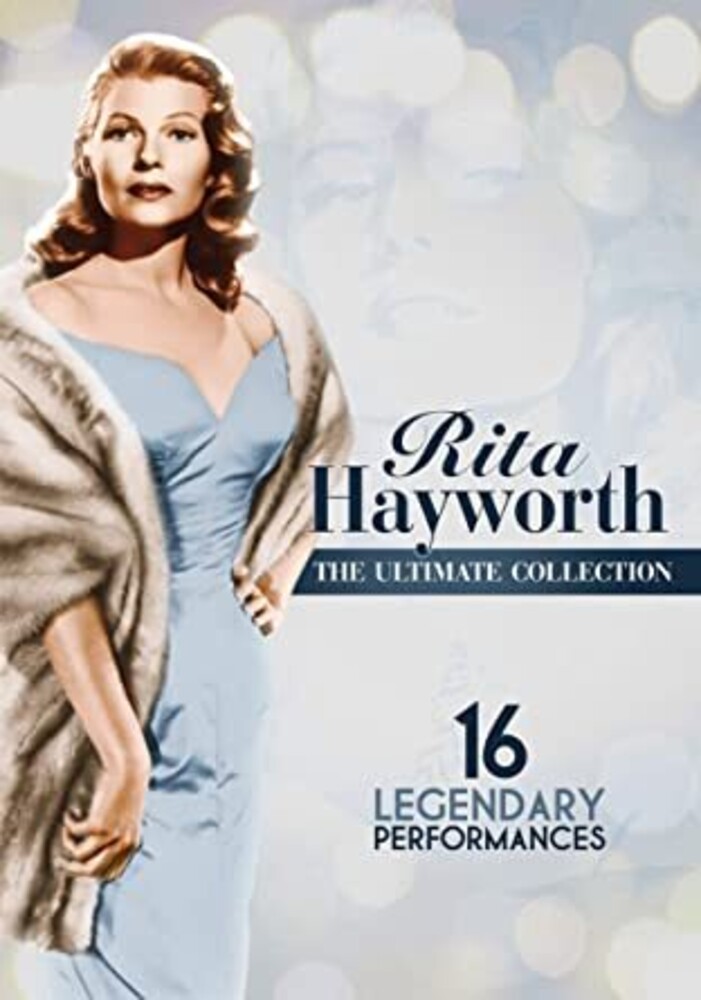 Six-disc set includes: Girls Can Play (1937)A young reporter (Charles Quigley) looking for a human interest angle thought he'd found it when he followed the lady (Julie Bishop) he'd been flirting with to her women's softball team. Turns out, however that the squad's "druggist" sponsor (John Gallaudet) has a criminal agenda, and he's not above sacrificing his catcher girlfriend (Rita Hayworth) to achieve it. 59 min. BW/Rtg: NR Special Inspector (1938)A cut-throat ring of smugglers are waylaying Canadian fur shippers and selling their precious cargo for big bucks in the States. A determined customs agent (Charles Quigley) pools his resources with the sister (Rita Hayworth) of one of the slain truckers in order to close the trap on the pernicious pelt pilferers. 54 min. BW/Rtg: NR Music In My Heart (1940)Crooner Robert Gregory (Tony Martin), facing imminent deportation, runs into singer Patricia O'Malley (Rita Hayworth, in her first musical), who's about to marry a dull-as-dishwater millionaire. Before long, they're singing and romancing together in this tuneful comedy that also features Alan Mowbray. 70 min. BW/Rtg: NR The Lady In Question (1940)After helping to acquit an accused killer (Rita Hayworth), a sympathetic juror (Brian Aherne) offers the scandalized woman a position in his shop under an assumed name. When his son (Glenn Ford) begins to fall for her, though, the conflicted merchant is faced with telling all about her past. 80 min. BW/Rtg: NR Angels Over Broadway (1940)Times Square hustler Bill O'Brien (Douglas Fairbanks, Jr.) thought that the big spender (John Qualen) he'd been eyeing would be the perfect sucker to drag to a high-stakes poker game. However, when O'Brien's taxi dancer girlfriend (Rita Hayworth) and a sodden playwright (Thomas Mitchell) discover the would-be mark is a suicidal embezzler, they conspire to end his money troubles, in this memorable. 79 min. BW/Rtg: NR You'll Never Get Rich (1941)A wonderful musical romp starring Fred Astaire as Robert Curtis, a choreographer who finds a beautiful chorine (Rita Hayworth) has what it takes to be his dancing partner. Hoofing takes a back seat to Uncle Sam, though, when Curtis is drafted. "Since I Kissed My Baby Goodbye" and "So Near and Yet So Far" are among the Cole Porter songs. 88 min. BW/Rtg: NR Tonight And Every Night (1945)Being interviewed for a magazine piece on the music hall he worked at, stage manager Sam Royce (Ernest Cossart) recalls the establishment's halcyon days at the onset of World War II. Based on the story of London's Music Box Theatre, which never closed during the Blitz, this musical romance stars Rita Hayworth as the troupe's lovely American singer. 92 min. C/Rtg: NR Down To Earth (1947)Fantasy-musical stars Rita Hayworth as Terpsichore, the Greek muse of dance, who comes to New York to stop Broadway producer Larry Parks from putting on a jazz play that mocks the gods of myth. Before long, goddess and mortal fall in love. James Gleason and Roland Culver also star in this whimsical tale that features characters from "Here Comes Mr. Jordan." 101 min. C/Rtg: NR The Lady From Shanghai (1948)Director/scripter Orson Welles co-stars with then-wife Rita Hayworth in a film noir classic. A roguish Irish sailor (Welles) signs on to work on a Mexican cruise for a crippled businessman, his maniacal partner, and the man's beautiful, unfaithful wife (Hayworth). What lies ahead on the trip are romance, deception, murder, and a memorable showdown in a funhouse hall of mirrors. 87 min. BW/Rtg: NR The Loves Of Carmen (1948)Adding to her repertoire of legendary seductresses, Rita Hayworth stars as Carmen, the fiery Gypsy dancer who tempts soldier Don José (Glenn Ford) with her charms. José's fealty to Carmen leads to his expulsion from the military, but his "love" for her continues to drive him to criminal acts including banditry and murder. 97 min. C/Rtg: NR Affair In Trinidad (1952)"Gilda" co-stars Glenn Ford and Rita Hayworth reteam in this steamy romantic thriller. Hayworth plays a Caribbean nightclub performer who falls for her brother-in-law (Ford) while being compelled by police to snuggle up to the international spy (Alexander Scourby) who murdered her husband. 98 min. BW/Rtg: NR Miss Sadie Thompson (1953)Rita Hayworth stars as a bawdy playgirl whose arrival on the shores of post-World War II Samoa sparks the notice of the American Marines stationed there, as well as the outrage of a zealous, hypocritical minister (José Ferrer). Musicalized adaptation of W. Somerset Maugham's "Rain" co-stars Aldo Ray, Charles Bronson. 90 min. C/Rtg: NR Salome (1953)Rita Hayworth takes the title role in this revisionist retelling of the Biblical tale, putting a studio-mandated sympathetic spin on the Judean princess. Salome performs the Dance of the Seven Veils for lecherous stepfather Herod (Charles Laughton) in a bid to spare the life of John the Baptist (John Badel), but resentful mother Herodias (Judith Anderson) has other plans. 103 min. C/Rtg: NR Fire Down Below (1957)It had always been smooth sailing for Felix (Robert Mitchum) and Tony (Jack Lemmon) as they ran their no-questions-asked tramp steamer service across the Caribbean. The day the cargo turned out to be a sensual lady (Rita Hayworth) with a shady past, their partnership headed straight for the rocks. 115 min. C/Rtg: NR Pal Joey (1957)Sanitized some for Hollywood but still snappy, this take on the John O'Hara-Rodgers and Hart stage musical casts Frank Sinatra as womanizing entertainer "Pal" Joey Evans, who's out to bankroll his own club through his favors to a rich socialite (Rita Hayworth), while stringing along good-girl chorine Linda "the Mouse" English (Kim Novak). 109 min. C/Rtg: NR They Came to Cordura (1959)Tough frontier drama that looks at the nature of heroism stars Gary Cooper as Major Thomas Thorn, a U.S. Army officer accused of cowardice in 1916. Tasked with finding five Medal of Honor candidates and bringing them to a military outpost, Thorn finds himself presented with the opportunity to demonstrate his own courage while learning some harsh truths about the men who are being decorated. With Rita Hayworth, Van Heflin. 123 min. C/Rtg: NR
120 East Washington Street, Goshen, IN 46528 574-971-8282 Store Hours Monday-Thursday 10:30-5:00, Friday-Saturday 10:00-8:00.