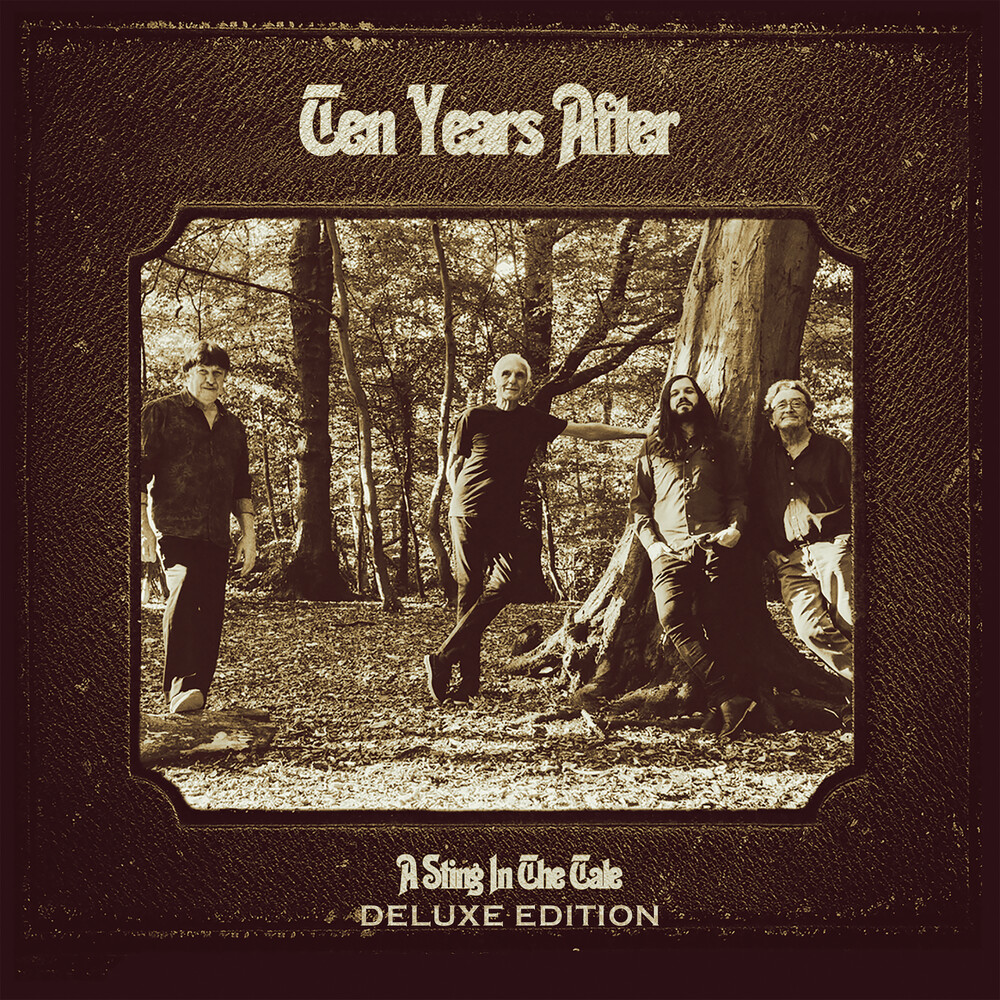 A Sting In The Tale
Artist: Ten Years After
Format: CD
New: Available online or call for in-store availability $15.98
Wish

For fans of Alvin Lee, Ten Years After, and Classic Rock! Over fifty years since the release of their eponymous debut album in 1967, Ten Years After has returned with a new studio album containing twelve tracks titled "A Sting In The Tale". This "Deluxe Edition" also contains 4 live tracks from the bands recent tour including an amazing rendition of the smash hit "I'd Love To Change The World", which remains as relevant today as when first released in 1971. The beginning of their meteoric rise to fame can be pinpointed to their performance at The Woodstock Music and Arts Festival in August 1969. The audience were blown away by the intensity of the band's performance and their unique combination of Jazz, Blues and Rock, and their enigmatic frontman Alvin Lee. This made them one of the biggest bands of the early 70's. As well as original members Ric Lee (Drums) and Chick Churchill (Keys), the band now features Bass Icon Colin Hodgkinson (Peter Green, Spencer Davis, Chris Rea) and multi-award winning Guitarist/Vocalist Marcus Bonfanti (Van Morrison, Ginger Baker, Ronnie Wood). The title "A Sting In The Tale" reflects the same sentiment Ric & Chick wished to convey in the 2015 live album "The Name Remains The Same". Although the band lineup has changed and the music continues to evolve and grow fifty years on, the sound of the band will always be heavily rooted in the way they paved the way during the late sixties and early seventies and will never forget it's incredible heritage. This new record is the 'Sting' in the continuing Tale of Ten Years After.