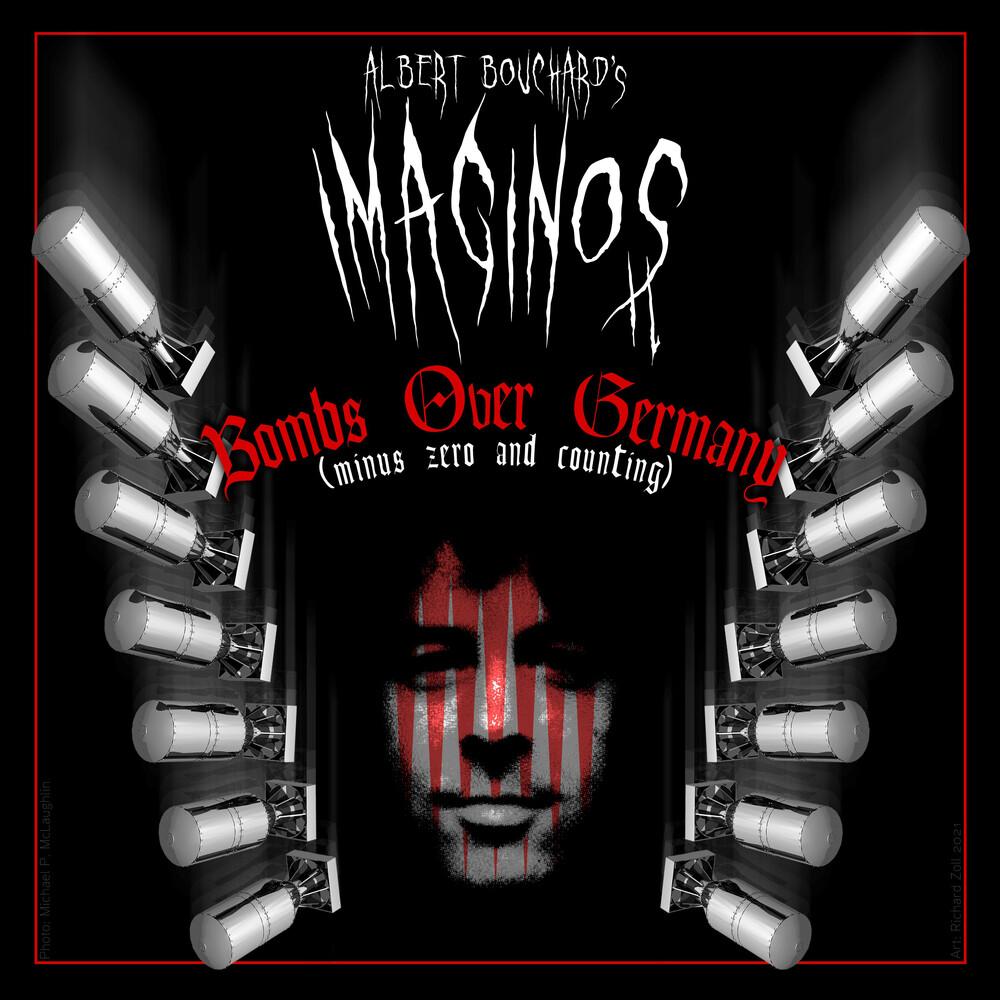 For fans of Blue Öyster Cult, Blue Coupe, and Classic Rock! Albert Bouchard is best known as one of the founding members of Blue Öyster Cult. The original band sold millions of albums for Columbia Records with such classic songs as "Don't Fear the Reaper" and the #1 hit on the Billboard Mainstream Rock chart "Burning For You". As a songwriter, he wrote many BÖC songs including the very popular "Astronomy" (which was covered by Metallica on their 1998's release Garage Inc) and the live staple "Cities on Flame with Rock and Roll", which he also sang lead vocals. Albert's famous cowbell on "(Don't Fear) The Reaper" was the basis of the popular SNL skit with Will Ferrell and Christopher Walken, which has gained over 13 million views and spawned the phrase "More Cowbell". "Imaginos 2 - Bombs Over Germany (minus zero and counting)" sees Albert continuing the Trilogy of Imaginos, a concept album about an alien conspiracy that is brought to fruition during the late 19th and early 20th century through the actions of Imaginos, an agent of evil. The album weaves scripts and poems by the late Sandy Pearlman. It features guests Ross The Boss (Dictators), Joe Cerisano (Silver Condor, TSO), and reunites original Blue Öyster Cult members Eric Bloom, Donald "Buck Dharma" Roeser and Joe Bouchard, as well current BOC member Richie Castellano, who all contribute to this latest installment. The album also features reworks of classics like "Cities on Flame with Rock and Roll", "The Red and the Black", and "Dominance and Submission".